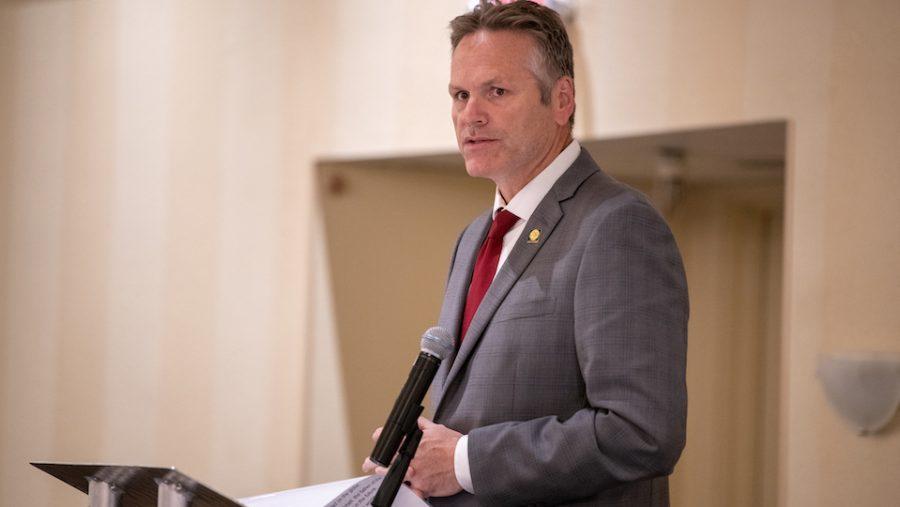 What a difference a few months makes in politics.

In May, the Center for Media and Democracy (CMD) reported on the enormous influence over the Alaska budget process exerted by the Koch-funded Americans for Prosperity (AFP).

AFP organized field hearings on Governor Mike Dunleavy's proposed budget, with the sessions billed as "private events" on their website. AFP controlled attendance, and AFP imposed a gag rule barring protest signs and asserting strict control over all audio and video recordings of the proceedings.

The Koch-orchestrated roadshow resulted in the disturbing spectacle of Dunleavy sitting on stage flanked by officials from AFP and the Koch-funded Alaska Policy Forum, a State Policy Network affiliate.

In June, with the support of AFP, Dunleavy cut over $400 million in social services and healthcare from the state budget.

University of Alaska officials predicted that the cuts would force the University of Alaska system to lay off up to 1,300 faculty and staff, eliminate programs and close campuses. A team of university researchers also estimated that the cuts would result in 4,200 lost jobs in Alaska in the short-term, including many health care providers affected by the governor's Medicaid reductions.

To develop his draconian plan, Dunleavy brought in Donna Arduin, a well-known slasher of Medicaid in the states, as his budget director and gave her a $195,000 salary.

The publication Governing noted that,

Arduin came to the job after having worked as a top budget or finance official in Michigan, New York, Florida and California. She's also served as a consultant to Republican governors, most recently in Gov. Bruce Rauner's unsuccessful crusade to drastically cut spending in Illinois. She's a name partner in a consulting firm with supply-side economics guru Arthur Laffer and Stephen Moore, President Trump's withdrawn pick to sit on the Federal Reserve Board.

It looked like the perfect Koch storm, with the oil magnates' policy, legislative influence, and field operations all put into play.

In July, after a strong public outcry, Dunleavy restored some of the cuts, but still slashed $50 million from Medicaid services over and above $70 million previously cut by the legislature.

Outraged by the cuts and Koch-machine interference in Alaska politics, citizen activists, almost all volunteers, began a recall drive and submitted 49,000 petition signatures in early September for an application to recall Governor Dunleavy, substantially above the needed number.

In response, Dunleavy ousted ALEC's Donna Arduin as his state budget director on September 16, while keeping her on as an advisor, but the backlash has continued to gain momentum.

In a press release, GOP Attorney General Kevin Clarkson said, "I see no need to treat this application any differently than other election applications. I am here to provide legal advice and defend and uphold the state and federal constitutions."

Clarkson is in a tough position but insists he can be even-handed. "I'm appointed by the governor, but you know when I took office I took an oath," Clarkson said. "That oath wasn't to the governor. It was to the constitution and the State of Alaska and the United States. So I'm going to fulfill my oath."

If the application is approved and the necessary signatures are collected, Dunleavy could be in trouble. He was elected in 2018 with only 145,631 votes.

Your article failed to mention that it is a bipartisan effort to recall this governor. Alaska has recall conditions in the State constitution that must be met. To date, actions by AG Kevin Clarkson show he is the Governor's yes man. It is expected that he will NOT be unbiased. A challenge in the courts is expected.