Massachusetts Law Could Blunt the Effect of Janus's Attack on Unions 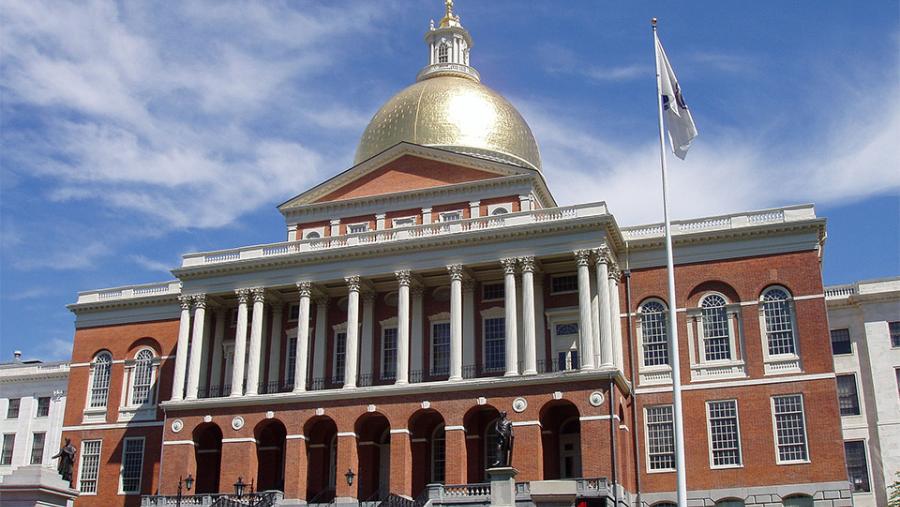 On September 19, with strong bipartisan support, the Massachusetts legislature overrode Republican Governor Charlie Baker's veto of a bill that would help public employee unions maintain dues-paying members, and the bill becomes law without the Governor's signature.

The big takeaway of the law is that it gives unions the option of being reimbursed for the cost of representing non-members in grievances and arbitration.

The Massachusetts' law comes as a response to the U.S. Supreme Court's Janus decision, which overturned long-standing precedent to rule that requiring non-union members in the public sector to pay "fair share" or agency fees towards a union's costs of negotiating and bargaining contracts on their behalf is a violation of the First Amendment rights of those employees.

Massachusetts state Senator Joe Boncore (D), one of the bill's main sponsors, told the Boston Globe that the Supreme Court "'weaponized the First Amendment' by using it to attack unions."

What the Massachusetts Law Does

The Center for Media and Democracy (CMD) recently reported on another response to Janus, a new law in Oregon that strengthens unions' ability to organize.

The Massachusetts law, like the Oregon law, gives unions access to public employee contact information, such as emails, and strengthens the ability of the union to meet with employees at the workplace.

This is critical, as CMD has reported on digital "toolkits" for right-wing groups, developed by an organization with seed money from the Charles Koch Foundation, which use employees' email addresses and offer them discounts to major retailers such as Wal-Mart and Target if they quit the union.

As in Oregon, only "exclusive agents" -- Massachusetts public employee unions registered with the state's department of labor -- would now have access to contact information such as name, address, and email. This would interfere with, or at least make more difficult, employee contact by anti-union groups to encourage them to stop paying dues.

Under the new law, the "exclusive representative (public employee union) may require a non-member to pay for the reasonable costs and fees, including arbitrator fees and related attorney fees for grieving or arbitrating a matter arising under an agreement negotiated pursuant to this section and is brought at the non-member's request. Employee organizations may require non-members to pay any anticipated proportional costs and fees prior to a grievance or arbitration hearing. Failure to pay costs and fees shall relieve the exclusive representative of further responsibility to the non-member regarding the matter."

Opposition to the Law

The principal opponent of the bill was the National Federation of Independent Business, which claimed privacy concerns in this instance but appears to oppose any legislation that would help its political opponents.

The legislation was also opposed by the Massachusetts State Policy Network (SPN) group, the Pioneer Institute for Public Policy Research, which Governor Baker himself co-directed in the 1980's. SPN groups are a web of right-wing "think tanks," some of which maintain "opt-out" websites that CMD exposed in July 2018.

"Many of the groups in the network have also received funding from the Koch network of organizations and foundations. Other donors to SPN have included AT&T, Altria, Microsoft, Kraft Foods, Philip Morris," according to Documented.

The Pioneer Institute has strong ties to the Koch Brothers. It is a "partner organization" in the Charles Koch Institute's Liberty@Work program, which places students from its institute in non-profits aligned with Koch interests across the country. In addition, the late David Koch contributed over $100,000 a year nearly every year between 1998 and 2014.

In 2014, the Pioneer Institute received $50,000 from the Lynde and Harry Bradley Foundation, another SPN group funding anti-union efforts in the states. To read about Bradley's most recent funding of "opt-out" campaigns, see CMD's latest article on Bradley.

The latest federal statistics show that union membership in Massachusetts among public- and private-sector employers rose 16 percent last year from 2017. The Boston Globe notes, "Rather than weaken unions here, the Supreme Court's Janus decision may have had the opposite effect -- by prompting them to rally behind a new cause."