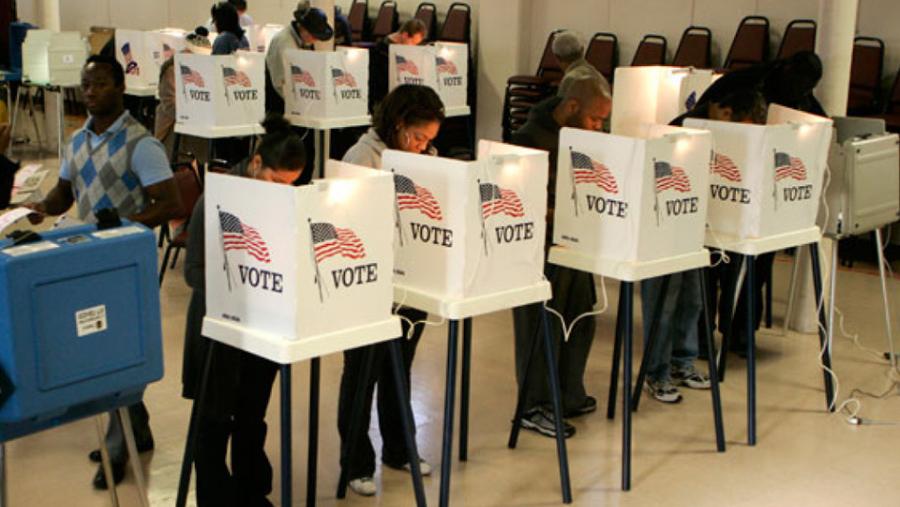 This article was first published by Common Cause here.

Last week, the American Legislative Exchange Council (ALEC) held its annual meeting in Austin, Texas. At the conference, state legislators and corporate lobbyists from across the country gathered to strategize and push for ALEC's corporate-backed and right-wing agenda. Included in ALEC's meeting were two sessions on redistricting.

Hans von Spakovsky was one of ALEC's presenters on redistricting at the conference. Spakovsky, a fellow at the Heritage Foundation, is a longtime peddler of lies about voter fraud and advocate of voter suppression laws. He most recently served on President Trump's disbanded Pence-Kobach "election integrity" commission.

In a video interview with ALEC, Spakovsky admitted that during his workshop, he urged state legislators to use citizen voting age population data for redistricting, instead of total population (which almost all states currently use). What this means is politicians who draw legislative district maps would intentionally leave non-citizens and anyone under the age of 18 out of the redistricting process, effectively denying them representation in government and tilting the scales against communities of color. In addition to this being legally questionable based on what's in the U.S. Constitution, it would also rely on data that isn't always the most accurate (read more about that here).

Spakovsky also blatantly said that this new plan to rig district maps for the next decade "may give an advantage to Republican legislators." This partisan admission is similar to that of Thomas Hofeller, the longtime Republican redistricting operative responsible for drawing many of the GOP's gerrymandered maps from the last few decades.

In documents obtained by Common Cause in our lawsuit challenging the North Carolina legislature's partisan gerrymander (Common Cause v. Lewis), Hofeller urged the use of citizen voting age population so redistricting would be "advantageous to Republicans and Non-Hispanic Whites."

According to a report by the Texas Observer, both Spakovsky and Mitchell encouraged legislators at the ALEC conference to throw away notes and avoid saying things in email on redistricting that they do not want public for their constituents to see, further undermining transparency in the redistricting process.

Both Spakovsky and Mitchell recently opposed the For the People Act (H.R. 1) in Congress, a broad democracy reform bill focused on campaign finance, ethics, and voting. H.R. 1 included a provision requiring states to use an independent nonpartisan commission to draw political representation and voting maps. California, Arizona, and other states already use this type of commission and it has proven to be successful in stopping gerrymandering and producing fairer maps.

Using ALEC's conference to advocate for anti-democratic initiatives shouldn't be a surprise. ALEC has been the key organization in pushing discriminatory voter ID laws across the country in the last decade. In 2017, ALEC held a panel with members of Trump's "election integrity" commission, which included Spakovsky. Yet another panel was held that year on redistricting with "Fair Lines America," a secretive group aimed at protecting Republican gerrymanders.

Excluding non-citizens and children from voting districts is part of a devious long term plan by extreme right-wing politicians to further divide our country and undermine the principles of representative democracy. As we approach the 2020 Census and 2021 redistricting cycle, it is going to take all of us to be engaged and on watch to stop partisan and special interest forces like ALEC and Spakovsky who seek to divide us by rigging the rules to gerrymander themselves into power.