Speaker Vos Proposes Merger of Non-Partisan Agencies, Will Open Records Get Lost in the Shuffle? 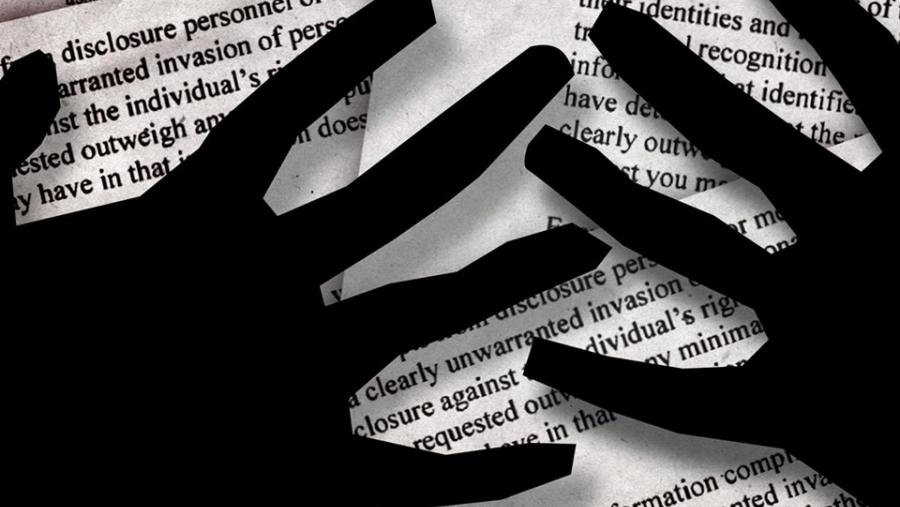 A discussion is underway in the Wisconsin state legislature about merging the Legislative Reference Bureau (LRB) with the Legislative Council. These nonpartisan legislative agencies serve different functions. Legislative Council attorneys act as general counsel to the legislature and provide procedural and substantive policy advice to legislative leadership, individual legislators, and committees. LRB attorneys draft all bills, resolutions, and amendments for introduction in the legislature. The attorneys also draft legislation for the governor, executive branch agencies, the courts, and other legislative service agencies. The agencies have different confidentiality requirements under Wisconsin Statutes 13.91 and 13.92.

The job of the Director of Legislative Council Staff has been open for quite some time. Speaker Vos appears to be interested in merging both agencies under the leadership of LRB chief Richard Champagne, who has run the agency since 2015. The plan is slated to be discussed in partisan caucuses, which are generally closed to the public.

Open government advocates have concerns about the merger. The merger plan combined with recent lame-duck provisions that allow GOP leadership to hire counsel to represent them in legal disputes foreshadows a trend elevating partisan counsel and diminishing the role of nonpartisan counsel. The state's LRB was created over 100 years ago and served as the model for the majority of states and the highly-respected Congressional Research Service.

"Champagne has gutted the LRB library and changed the drafting manual in ways that indicate that he is no friend of open government. He apparently considers his staff employees of individual legislators, not public employees doing the public's business with an obligation to advance statutory requirements for open government and open records," said Mary Bottari of the Center for Media and Democracy (CMD).

Bill Lueders, president of the Wisconsin Freedom of Information Council, a statewide group that works to protect public access to meetings and records, said he was "understandably worried" about what the proposal may entail. In 2015, the Legislature's Joint Finance Committee passed budget amendments to largely exempt lawmakers from the open records law, until forced to back down under widespread protest.

"The Legislature's leaders have made it clear in the past that they would like to operate with greater secrecy, particularly when it comes to bill-drafting files and what have been called 'deliberative process' materials -- basically any record created in the process of making law or policy," Lueders said. "These are bad ideas. We cannot allow the proposed merger of these two agencies to be an opportunity for these lawmakers to get the freedom from accountability that they were blocked from getting before."

GOP leadership implemented changes during the lame-duck session that allows them to hire attorneys to represent the legislature in political disputes and lawsuits. State Senator Jon Erpenbach raised questions about these hires and whether the attorneys would be subject to the state's open records law in Joint Finance Committee hearings.

CMD has filed open records request with LRB and Legislative Council for information about the merger plans and with Vos regarding communications between the attorneys he has hired and legislators, but has not received replies to date.

In February 2015, CMD was the first media outlet in the state to read the budget bill and uncover that the governor's budget struck "the search for truth" from the university system's mission statement. Walker's "drafting error" explanation was undermined by the drafting file requested by the Milwaukee Journal Sentinel earning him a "pants on fire" rating from Politifact.

Walker subsequently denied CMD's public records request based on a claimed protection for the "deliberative process materials" and CMD was forced to take the governor to court, winning the secret records that proved the "Wisconsin Idea" changes originated in his office.

In July 2015, a Motion 999 amendment to the budget bill was submitted that would have changed the open records law in significant ways. The motion would have made all bill drafting files confidential, it included Walker's deliberative process exemption for all politicians in the state at every level of government, and a "legislator disclosure privilege" for state lawmakers to refuse to disclose a wide range of communications to the press and the public.

Walker and legislative leaders were bombarded with a bipartisan backlash and a fusillade of bad press and quickly did an about-face. They released a joint statement to the effect that all changes would be abandoned pending the findings of a study committee.

In September 2015, CMD received records from the LRB and Vos' office that disclosed that three weeks after the Fourth of July dust-up, a Vos aide submitted a request to an LRB drafting attorney for a bill that would allow the legislature to quash the open records law by "joint rule or policy" and to close drafting files. Once again there was an uproar and the Milwaukee Journal Sentinel published a front page editorial suggesting Vos step down as Speaker and encouraging candidates to run against him.

The emails received show LRB drafting attorneys and Legislative Council attorneys discussing how to close records and speculating about various far-fetched legal theories for closing records and creating a "legislative privilege" in a manner that can only be described as troubling.

At the time, sources told CMD that they believed the LRB chief was supportive of closing drafting files. He would later move to rewrite the "Wisconsin Bill Drafting Manual" in ways that seem intended to ensure that less information would be provided to the public rather than more.

Drafting files become open records after a bill has been introduced and in a few other instances. There citizens can see how a bill becomes a law and who had input into it, including lobbyists and special interest groups.

Sources report that when Champagne became chief of the LRB, his philosophy was to avoid emails and written notes and encourage communication with legislators and legislative staff by telephone to avoid a written record. Drafters' notes are used for many purposes to ask questions, seek clarification, provide explanation, give a legal opinion, or to otherwise communicate important information to the legislator for whom the draft was being prepared. These notes were always placed in the file. Limiting this information defeats the very purpose of the drafting file.

This philosophy is also reflected in the drafting manual revised after Champagne became director (the manual is revised every two years). The current Wisconsin Bill Drafting Manual and earlier versions are not easily available on the internet, only select chapters are available here.

CMD went to the law library to find the full drafting manual and to compare it to an earlier version 2015-2016 (revised in 2014) to the current 2019-2020 (revised 2016) version. What appears to be missing from the current version in the library is some 55 pages out of the front of the old manual including the Introduction, General Policies and Procedures, and General Rules for Drafting and Revising. The LRB apparently reduced these 55 pages to 3 pages called Drafting Basics and in doing so tossed out the door decades of best practices on how to keep a robust drafting file and even deal with the media.

Missing from the introductory pages are important reminders, such as, "LRB policy (1) General: The LRB policy is to serve all legislators alike regardless of party affiliation, political views, seniority or other factor," and the LRB and "must maintain a nonpartisan attitude in dealing with legislators and the public."

In the earlier drafts and for decades the "client" of the LRB was the legislature as a whole, not individual legislators, and there was no assertion of attorney-client privilege. "Consistent with the supreme court rules of professional conduct, the legislature is the client of the legislative attorneys." The earlier version stresses that "the importance of maintaining confidentiality cannot be over emphasized." And both agencies have clear confidentiality requirements in law. Drafting files for instance are confidential until a bill is introduced or the bill is discussed by governmental bodies in a public manner.

But Champagne has gone a step further asserting in the first line of the manual: "1.01 CLIENT AND CONFIDENTIALITY LRB attorneys maintain an attorney-client relationship with each member of the legislature and other person with drafting privileges provided under s. 13. 92 (1) (b) 1, with respect to provision of drafting and other legal services."

The earlier version discusses explicitly the "open records exception to confidentiality requirement" that "an unintroduced draft may become an open record available for inspection under 19.35 (1) if the draft is discussed in an open meeting by a government body."

The earlier version instructs under "Constitutionality" that "if there is reason to question seriously the constitutionality of a measure call this to the requesters attention preferably by writing a memorandum and putting a copy in the file or by writing a drafters note."

These important issues, which facilitate transparency and best practices, appear to be missing from Champagne's version of the drafting manual.

In Oct. 2017, the Capital Times reported that the Blue Book was shedding 300 pages, losing data and information librarians thought were important.

In May 2018, the Isthmus reported that the library was being gutted and librarians were being fired. The librarians raised significant concerns about the maintenance of databases, the publication of plain language reviews of important court cases, information missing in the Blue Book, clip files and public access to the library.

In May 2018, the Capital Times reported that "a state law librarians' association issued a letter accusing the Legislative Reference Bureau of putting its mission to provide information and archive state records in jeopardy." "The continued devaluation of the LRB Library is emblematic of the decline in services offered by the LRB in recent years as LRB administration has unwisely shifted their focus away from providing easily accessible information and historical data towards a false dependence on Google and other imperfect internet search engines," wrote the librarians in their letter.