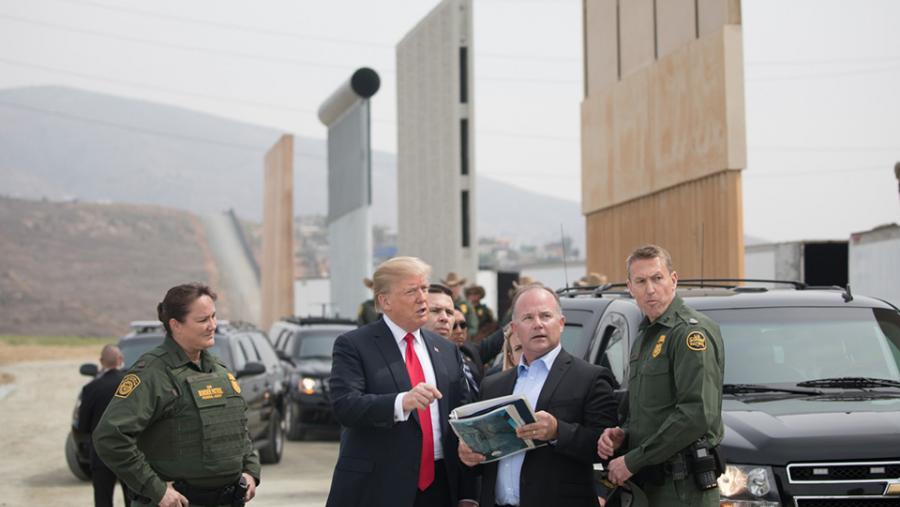 In response to President Donald Trump's declaration of a State of Emergency, the Center for Media and Democracy, alongside 24 other groups, released a statement calling it "an attack on our democracy."

Trump's announcement of a "state of emergency" allows him to gain access to billions of dollars to build a border wall which was not included in the compromise Congress enacted this week. Reportedly, Senate Majority leader Mitch McConnell struck a deal with the president, giving him his support of the state of emergency declaration in exchange for his signature on the compromise bill to avoid another government shutdown.

Trump's bypassing of Congress to get his wall money has created a "fundamental confrontation over [the] separation of powers" according to The New York Times. White House officials said that they will now be able to divert $3.6 billion budgeted for military construction projects for the wall in addition to $2.5 billion from counternarcotics programs and $600 million from a Treasury Department asset forfeiture fund. None of the money will be coming from the government of Mexico.

Both Democrats and Republicans have argued that Trump's move is an unconstitutional abuse of his authority.

Constitutionally the power of the purse belongs to Congress. While it is within the president's powers to declare emergencies, there is no legitimate emergency and Congress has explicitly declined to fund the wall. That is why "this is a constitutional crisis," according to the Brennan Center's Elizabeth Goitein.

Government reform groups and the Democrats indicated intentions to take legal action. Public Citizen called Trump's plan an "invocation of emergency on false pretenses." Trump himself said at a news conference today that he "didn't need to do this, but I'd rather do it much faster," a statement that will likely be used against him in ensuing legal fights.

In the statement, the coalition of groups -- including Indivisible, Public Citizen, the League of Women Voters, Common Cause and Open the Government -- calls Trump's move, a dangerous precedent that could be used to justify almost limitless future abuses of presidential power," and "yet another step toward autocracy." The full statement and list of groups signing on can be found here.