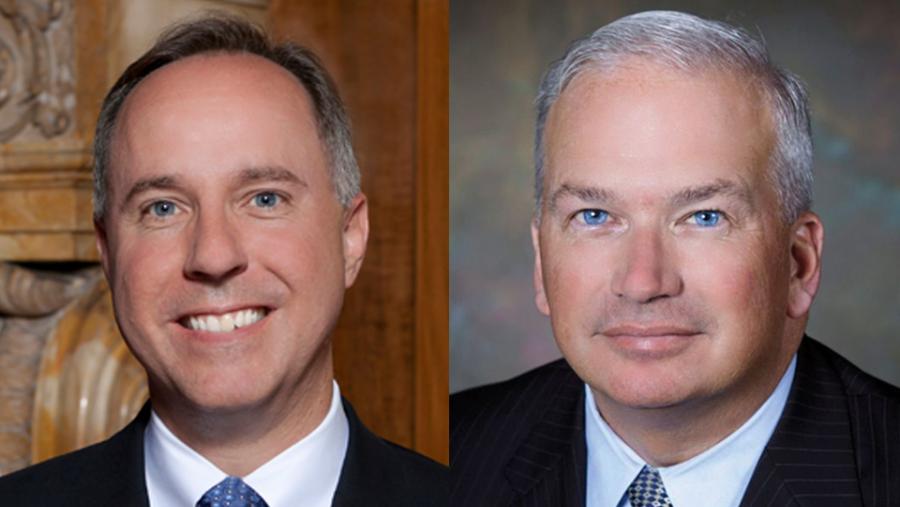 If you pick up an election administration manual anywhere in America, what you won't find are instructions on how to minimize voter turnout.

But that is what is what the Wisconsin GOP is contemplating as they struggle to maintain their grip on the legislative agenda and the state Supreme Court in the face of a "blue wave" that shows no signs of receding.

Scott Walker was swept out of office by an historic turnout November 6th, bested by State Superintendent Tony Evers, but the iron-clad gerrymander of the State Assembly meant that Democrats picked up only one seat. Now Walker and his cronies are publicly mulling a "lame duck" session to weaken Evers' powers and move the date of a key election to make sure that their favored Supreme Court candidate, Justice Daniel Kelly, is not swept out of office in another blue wave.

The 2020 Supreme Court election will be a pivotal one. At stake is not only the makeup of the state's highest court, but the agenda of the newly elected Democratic governor.

The brazen manipulation of nonpartisan election administration and of the state's highest court has election officials, editorial boards and legal scholars up in arms.

"Our objective -- as Americans -- should be to have large turnouts for our elections. I understand why Justice Kelly would appreciate this change, but I do not understand how some legislators and the governor are contemplating a change so to have less people involved in electing a Supreme Court candidate for the next 10 years. We need more civic involvement not less," former Supreme Court Justice Janine Geske told the Center for Media and Democracy.

Legislators were initially talking about having a lame duck session to pass a subsidy package to stop the Kimberly-Clark Corp. plant in the Fox Valley from closing. But since the Evers victory, a raft of ideas to undercut Evers' powers and that of the newly elected state Attorney General have been floated.

Currently, two elections are planned for the spring of 2020; the primary for state Supreme Court and local offices in February and the general election for those offices plus the presidential primary in April. The Walker plan would move the high-turnout presidential primary to March and create a third statewide election in hopes that lower voter turnout in April would help his pick for the Supreme Court. Justice Kelly has never run for statewide office and was appointed to the post by Walker a few years ago when Justice Prosser quit the court.

It is almost as if Walker is channelling right-wing political strategist and American Legislative Exchange Council (ALEC) founder Paul Weyrich who famously observed "I don't want everybody to vote. ... in fact, our leverage in the elections goes up as the voting populace goes down."

Using the state's highest court for partisan gamesmanship is likely to be wildly unpopular in a state where fair play is treasured.

"When Republicans can't win fair and square playing by the rules, their answer is to change the rules of the game," said State Representative Lisa Subeck. "Proposing to move the Supreme Court election is just the latest in a long string of Republican attempts -- including limits on early voting, stringent Voter ID requirements, and the most gerrymandered legislative districts in the country -- to game the system in their own favor."

It is not just the Evers agenda at stake, it is possible that the 2021 battle over redistricting could end up in the Wisconsin Supreme Court, even though most gerrymandering issues are usually heard in federal court.

"I am consistently shocked when I see the governor and/or the legislature wanting to change a law (and worse yet the Constitution), because of a desire to target one person (either favorably or unfavorably)," said Justice Geske referring to the GOP's 2015 effort to change the Constitution specifically to strip the respected Chief Justice Shirley Abrahamson of her leadership role. "There is no reason to have our taxpayers incur the millions of dollars in additional expense associated with a separate election."

Election professionals from all over the state pushed back on the lame duck plan, detailing the logistical nightmares and expense of running three statewide elections in close proximity.

Adding a third election to the spring calendar would cost an additional $7 million or more, municipal clerks estimate. Ironically, Walker justified his reluctance to schedule two, much smaller, special elections earlier this year by suggesting they were too costly and too much of a bother. The reality was that Walker didn't want to schedule the elections because he feared the Trump backlash that was already apparent in special elections nationwide. After a public outcry and three separate court rulings, Walker was forced to schedule the elections and the Republicans lost an important State Senate race.

Overlapping absentee ballots and military ballots are a special concern of election officials along with the challenges posed to early voting and the difficulty of recruiting additional poll workers.

"Our systems are mainly set up to handle one election at a time," said Rock County Clerk Lisa Tollefson told Wisconsin Public Radio. "When they're overlapping that's when you're going to have issues. Voters could get a separate ballot for each, thinking they've already voted, and not send the other ballot in. There's a possibility they could put both ballots in the same envelope, and get counted at the wrong election."

"As an administrator of the elections, I cannot begin to tell you the numerous ways that this is going to cause so much confusion, logistical nightmare with the voters and I can't help but think that that's going to start to question the integrity of the elections here in Wisconsin," said La Crosse County Clerk Ginny Dankmeyer.

On Tuesday, Senate Majority Leader Scott Fitzgerald told the Associated Press that concerns from the county clerks had raised alarms, but nothing has been ruled out.

Wisconsin voters hate sore losers and are outraged by politicians trying to game the system, but special sessions of the legislature often happen fast, normal rules for public notice and participation are suspended, and there is little public scrutiny of the items being considered.

That is why Common Cause Wisconsin is telling its members to call legislative leaders now. The good government group warns that a package of measures "will be shielded from the public and media as long as possible and then unleashed and rammed through the legislature quickly."

"Unlikely to be part of the session is the reason lawmakers claim to be calling it in the first place," writes the Milwaukee Journal Sentinel referring to the a long-stalled subsidy package to save the closing Kimberly-Clark plant.

Stay tuned to @exposedbyCMD for updates and learn more at Common Cause.

Update November 30: The lame duck session has been scheduled for Monday, December 3, 2018 on five bills to strip the Governor-elect and the Attorney General-elect of power, change early voting rules, manipulate nonpartisan Supreme Court elections to advantage the GOP and make other changes.

Public hearing begins at 12:30 p.m. Indivisible is hosting a protest rally at 5:30 p.m. on the State Street steps of the Capitol. Contact info. for GOP leadership below.