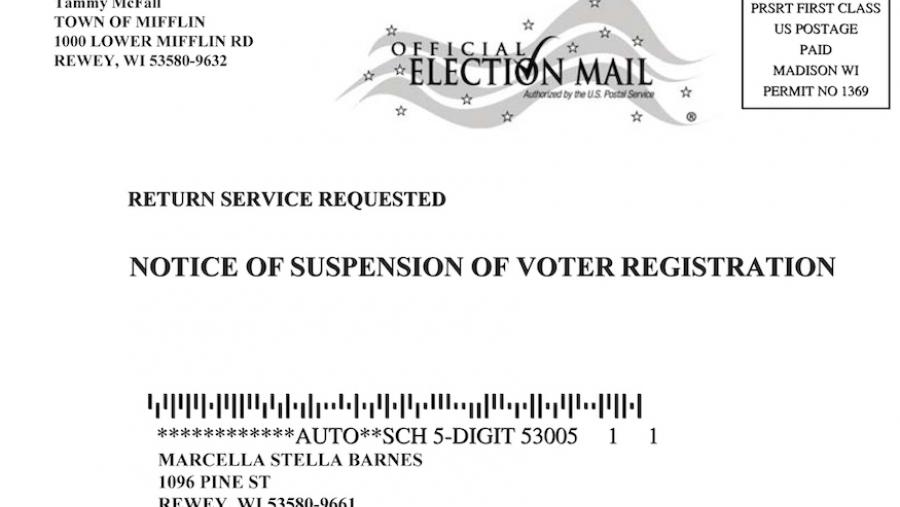 A review of the latest voter registration tallies by Center for Media and Democracy (CMD) finds that almost 700,000 Wisconsin voters have been removed from the voter rolls since the end of December 2016, and that significantly more voters were purged from the rolls in Democratic leaning counties than Republican leaning counties.

The high number of purged voters could create major headaches on November 6, especially if turnout is as heavy as expected.

Wisconsin has participated in the Electronic Registration Information Center's (ERIC) list maintenance program since 2016, which involves sending postcards to voters who are suspected of moving. If the voters don't respond, they are removed from the rolls. Ninety percent of voters do not respond, but that doesn't necessarily mean they have actually moved. 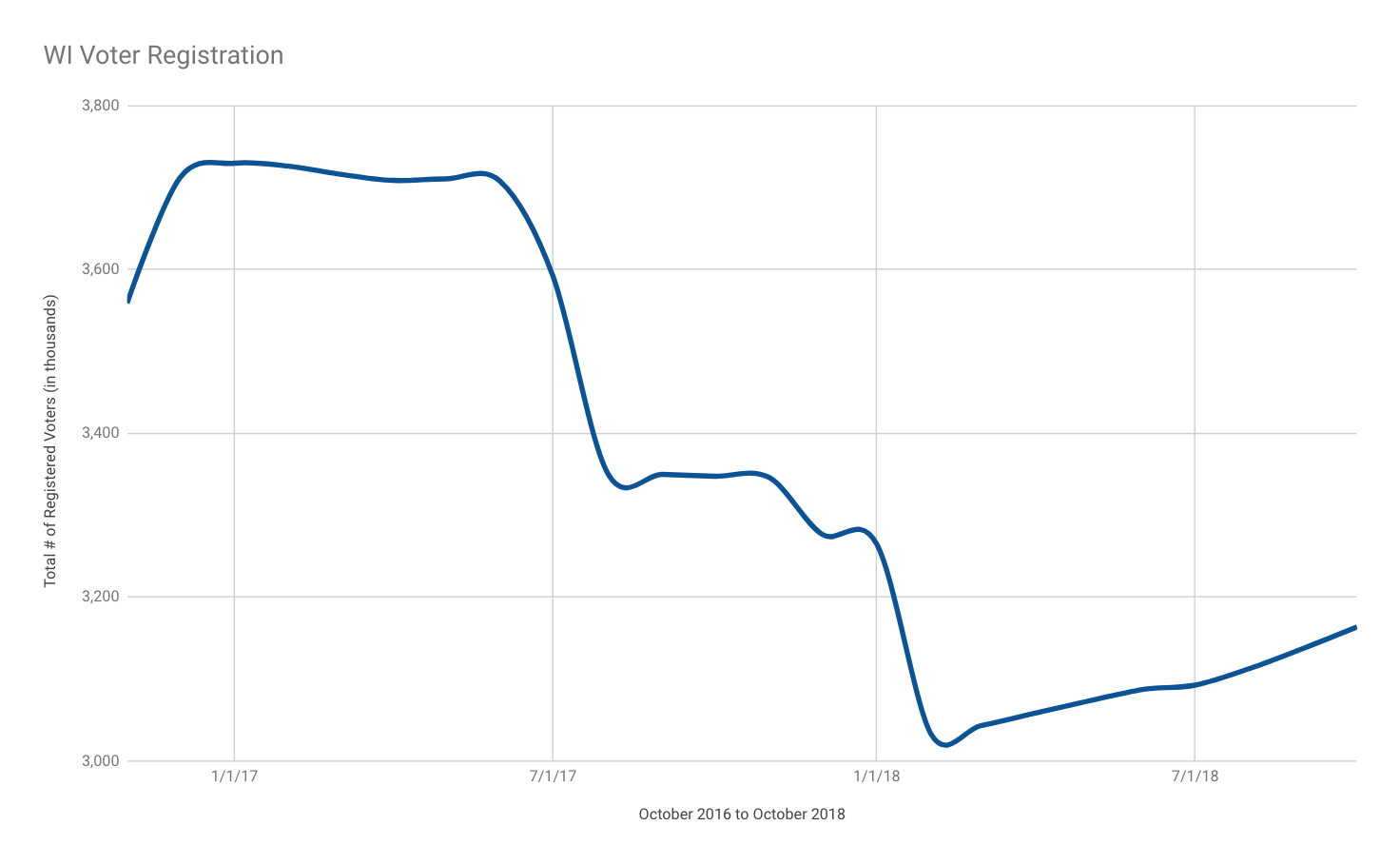 Voter rolls have rebounded somewhat since then, thanks to high levels of interest in the upcoming midterm elections and voter registration drives. But as of October 1, the state voter rolls were still down by 566,012, a 15% decrease.

The number of purged voters has been especially dramatic in Milwaukee and Dane counties, the state's two heaviest Democratic strongholds, where nearly one in four voters have been removed from the rolls.

The data comes from monthly reports from the Wisconsin Election Commission.

"It is very likely that thousands of voters will show up to vote in November only to find that they are no longer registered," said CMD's David Armiak. "Fortunately, Wisconsin allows election day registration, but this could lead to confusion and delays during what is expected to be a high turnout election. Voters should be sure to bring proper identification with their correct address with them to the polls."

There were reports of problems with mistakenly purged voters in the spring elections this year. More than 7,000 voters had to be reinstated after the February 2018 primary election due to errors in the purge program.

The voter registration drop comes despite a widely reported surge in Democratic voter enthusiasm this year, and a Dane County Democratic turnout in the spring primary that was 40 percent higher than the previous record.

CMD is printing in full a statement in response to our story from the Wisconsin Elections Commission.

The Wisconsin Elections Commission quickly realized during the 2018 February Spring Primary that some voters who had not moved were deactivated in January 2018. WEC took immediate steps to create a supplemental poll list to create a safety net so that voters who had been erroneously removed would be able to vote without reregistering.

The City of Milwaukee Election Commission recently asked the WEC to reactivate approximately 36,000 voters in the city, which the WEC has done. We have also reactivated voters at the requests of municipal clerks in Green Bay and Hobart.

In addition to removing people who may have moved or died, WEC is also reaching out to people who may be eligible to vote but are not registered. In September of 2016, we mailed 1.28 million postcards to people with a state driver license or state ID card who were not registered, telling them how to register. In June 2018, we mailed more than 384,000 registration postcards to new people in the DMV database who appeared to be eligible but unregistered, including people who were deactivated in January 2018.