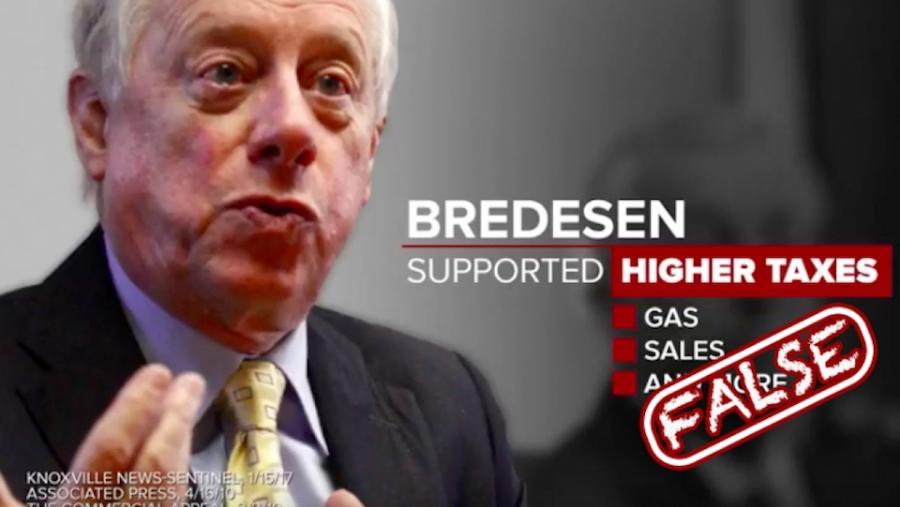 The Kochs' astroturf operation, Americans for Prosperity (AFP), has taken to the airwaves with two television attack ads in the highly competitive U.S. Senate races in Tennessee and Wisconsin. Both are false.

AFP's Tennessee TV spot attacks former Gov. Phil Bredesen (D), who is running against the incumbent, Koch-favorite Sen. Marsha Blackburn (R), for supposedly backing gas and sales tax hikes that never happened. According to Politifact and The Tennessean, the state's largest newspaper, the ad's claim is patently false. AFP is staking $2 million on the ad buy, on top of its "grassroots" campaigning for Blackburn.

A Tennessean columnist found the ad so repulsive he deemed it not deserving of repetition, saying, "Anyone connected to this stunt ought to be ashamed, but they won't be. Instead, they are probably slapping each other on the backs, smug and privately boastful in their backrooms."

Between 2010 and 2016, AFP ran TV ads for federal races that were judged to be false, mostly false, or "pants on fire" 85 percent of the time by Politifact, a nonpartisan fact-checking site that has won a Pulitzer Prize for its work. AFP is Team Koch's political ground-game group and claims 3.2 million members and offices in 38 states.

Politifact has not rated the ad yet, but an analysis by the Center for Media and Democracy (CMD) finds it to be false.

CMD looked at the small print to find the source for AFP's claim in the ad -- an article in the Milwaukee Journal Sentinel about Vukmir's support for eliminating the longstanding deduction for state and local taxes, also known as SALT, as part of the GPO's tax overhaul bill last fall.

Calling SALT a "special interest loophole" is disingenuous at best. According to a report by the Government Finance Officers Association, 32 percent of Wisconsin households claim the SALT deduction. Its full elimination would have caused their federal taxes to go up an average of $3,551 per year.

One-third of Wisconsites is hardly a "special interest" group. And there's no evidence to suggest that eliminating SALT would have benefitted middle class families, as 65 percent of the tax savings from the GOP cuts go to the richest 20 percent of taxpayers.

Most right-wing groups, including AFP, which is running the ads, never openly supported the deduction elimination during the debate on the GOP tax cuts, since many of its members in high-tax states opposed its elimination.

At the time of the debate, AFP said on its national webpage that, "We have a tremendous opportunity to advance tax reform as the top priority in the months ahead," but was silent on eliminating SALT to pay for the proposed cuts.

Vukmir, on the other hand, signed a letter circulated by the American Legislative Exchange Council (ALEC), the corporate lobbying group that she once chaired, calling for the elimination of the SALT deduction. But the sign-on letter only garnered signatures from 100 of ALEC's 2,000 claimed legislative members. That is not surprising, as SALT's elimination was highly unpopular, and most legislators find it hard to justify double-taxing their constituents.