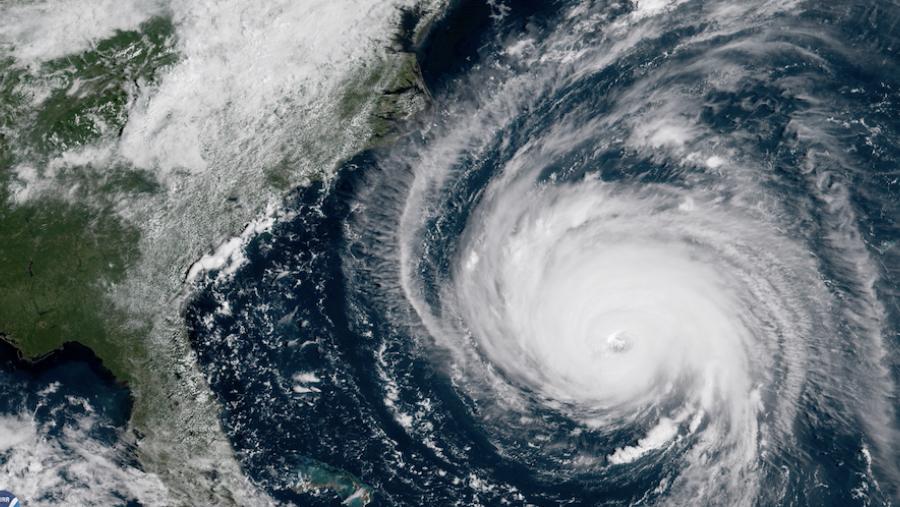 Here's a reprint of a story we ran on North Carolina's shocking climate denial legislation back in 2012. Our hearts go out to all who are suffering from Florence's impact. As we watch the ocean water rush into city streets, in some places as much as two miles, it's worth reminding readers that North Carolina had a chance to reduce shore -- and inland -- damage for years to come. Instead it stuck its head in what little will be left of the sand.

The legislature on July 2 effectively nullified the state's own science panel's report predicting a 20 to 55-inch rise in sea level. The statehouse also commanded scientists to wait until July 1, 2016, to make their next report (and only after it is approved/scrubbed by the powers that be).

A Duke University climate researcher told the American Association for the Advancement of Science that the new law "requires the state to bury its head in the sand for four more years."

As a result of the law, state agencies are not permitted to use sea level research conclusions for any policy considerations regarding the state's 303 miles of shoreline until 2016. Republican lawmakers quashed the 2010 Coastal Resources Commission scientific report "because it would hurt coastal development," according to the News and Observer.

Debate at the state legislature in the final hours before passage included lawmakers asserting that the ongoing meltdown of global icecaps or of the icesheet on land masses like Greenland does not raise Atlantic sea levels. Republican John Blust of Greensboro defended the legislation by saying, "I don't know what the planet is going to be like in 100 years." He called outcry by critics "intimidation."

Democratic Governor Bev Perdue, whose veto of a law allowing fracking in the state was overturned in the same week, has until August 2 to decide whether to veto the anti-sea level legislation.

Colbert: In North Carolina, Science Some Dislike Is "Illegal" or Censored

The legislation, HB 819, actually represented a compromise over a previous draft of the law, which mandated consideration of a possible 8-inch sea level rise, based solely upon historical patterns rather than climate change models. That legislation caught the eye of comedian Steve Colbert, a South Carolina native, who quipped on his Colbert Report that "If your science gives you a result that you don't like, pass a law saying the result is illegal. Problem solved." After a raft of criticism, the state House of Representatives withdrew the bill by an unanimous vote, but then revised it mostly to dictate a four-year silence. The new law passed the Rebublican-controlled North Carolina Senate and House by 35-12 and 68-46, respectively.

In a well-sourced investigation subtitled "From the Carolina Coast to the Kochs," The Independent Weekly, a paper in Durham, North Carolina, noted that there was more than a whiff of fossil fuel barons and real estate interests in the sea level deniers' crusade.

As the Independent Weeklypointed out, Droz collaborates with Koch-funded Americans For Prosperity and FreedomWorks in campaigns against wind energy. The American Tradition Institute, for its part, is made up of staff and associates who participate in a range of pro-fossil fuels research, litigation, and promotion ranging from the American Legislative Exchange Council (ALEC) to its buddy in climate change denial, the Heartland Institute. NC-20 mounted a furious lobbying campaign, including publications from a range of climate change deniers, asserting that the sea level report would raise insurance rates, limit coastal development, and cause land values to decline.

When the anti-sea level legislation was pushed through by State Senator David Rouzer (a leader of the state's ALEC delegation), NC-20's chair declared to the Independent, "God Bless him. He acted like one of us."

Which leaves the state with a four-year "cooling off" period against climate change's sea-level effects.

Meanwhile, scientists are sounding alarms that resonate more than just a little like Galileo versus the Ptolemaists in Galileo's scientific observation that the earth is not the center of the universe around which the sun and all else rotate. For example, the state science panel report that provoked such official consternation describing the scientific basis for concerns about sea level rise was titled: "North Carolina Sea Level Rise Assessment Report."

Before the Inquisition got hold of it, Galileo's report, describing the earth's rotation around the solar orb, was titled: the "Dialogue on the Ebb and Flow of the Sea."