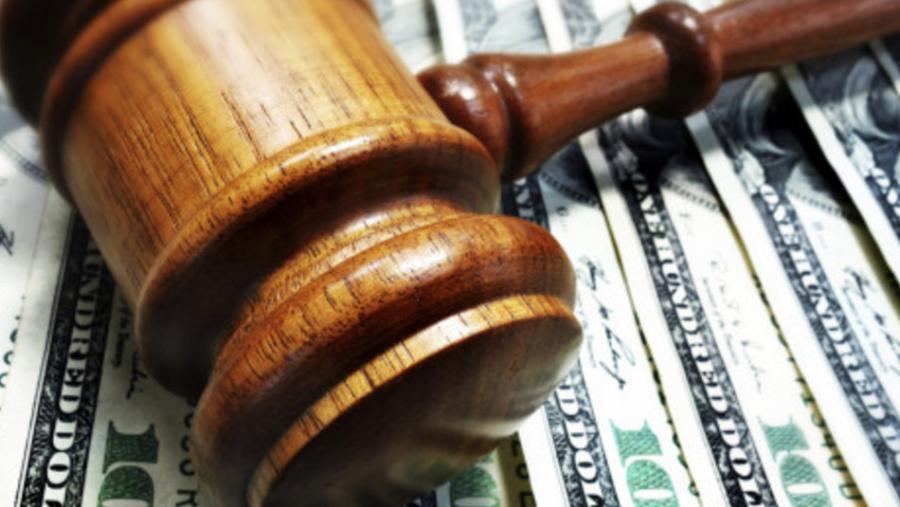 By Jay Heck, Common Cause Wisconsin

Wisconsin, from statehood in 1848 to about a decade ago, in 2007, had a national reputation for having among the most respected, impartial, non-partisan, fair and trusted state court systems in the nation. Much of this was because there was a generally-held belief among all Wisconsinites of all political persuasions and ideologies that the courts should be “above politics as usual.” In order to maintain the confidence of the citizenry, judges and justices of the Wisconsin Supreme Court had to be scrupulously non-partisan and impartial and not be perceived as having been compromised by outside lobbying pressure, campaign contributions, or other political influence.

For decades, this standard not only survived, but flourished and as recently as the early 2000’s the Wisconsin Supreme Court was held up by legal experts across the country as the “gold standard” for how Justices should be elected and serve once in office in a state supreme court. The Wisconsin Court of Appeals, the 72 county circuit courts and the hundreds of municipal court judges also were perceived as having the highest standards for impartiality, non-partisanship and fairness across the state. And while Wisconsin legislators fell into public disrepute in the aftermath of the worst political scandal in the state in a century – the Legislative Caucus Scandal of 2001-2002, the reputation of state courts were not only unaffected by the legislative scandal, but enhanced in their execution of equal justice under the law.

However, the landscape began to shift about a decade ago when outside special interest groups, for the first time, began to pour millions of dollars into the election of two State Supreme Court Justices, one each in 2007 and in 2008. The expenditures made by these conservative business organizations: principally the Wisconsin Club for Growth and Wisconsin Manufacturers & Commerce, proved to be pivotal, particularly in 2008 when an incumbent Justice on the Wisconsin Supreme Court was defeated in a nasty, vicious, scurrilous campaign in which a record amount of money was spent – more than $8 million. It marked only the second time in state history that an incumbent state supreme court justice was defeated for election.

There had really been no recusal standard for justices or for other court judges receiving campaign contributions or benefiting from “independent” spending by outside interest groups up to that time because campaign money was not a significant factor in judicial elections. That changed with the 2007 and 2008 state supreme court elections. In 2009, in reaction to the unprecedented amount of money spend in the 2007 and 2008 elections, the League of Women Voters of Wisconsin petitioned the Wisconsin Supreme Court to adopt a recusal rule that would force a Justice to recuse her or himself from a case in which one of the parties in the case had donated $1,000 or more to a justice, either directly, or to an outside special interest group spending in support of that justice’s campaign for election to the State Supreme Court. It was rejected by a 4 to 3 vote of the Wisconsin Supreme Court.

The following year, in 2010, the U.S. Supreme Court handed down its controversial Citizens United v. F.E.C. decision, which effectively opened the way for corporations and other outside groups to make unlimited expenditures in behalf of candidates, including judges. Despite this, and shortly thereafter, the Wisconsin Supreme Court voted 4 to 3 to adopt, verbatim, a recusal rule written by Wisconsin Manufacturers & Commerce and the Wisconsin Realtors Association, which said that Justices could choose whether to recuse themselves from a case but that receiving a campaign contribution of any size from one or more of the parties in the case need not disqualify them from hearing and adjudicating the case.

In 2011, the Wisconsin Legislature and Gov. Scott Walker repealed the Impartial Justice Law, which had been enacted in 2009, and had provided full public financing of elections of candidates for the Wisconsin Supreme Court who voluntarily agreed to limit their total spending to $400,000. In 2015, Walker and the Legislature repealed longstanding prohibitions on campaign coordination between candidates and “independent” outside interest groups, thereby effectively eviscerating contribution limits for all elections in Wisconsin.

The result of all these actions has been that much more money, most of it undisclosed and unregulated, is flowing into elections in Wisconsin, including into non-partisan judicial elections at all levels. It was in this context and very different and new political environment that 54 retired jurists from all over Wisconsin, including two former State Supreme Court Justices petitioned the Wisconsin Supreme Court about a year ago to adopt strong and clear recusal rules for Justices and Judges at all levels with specific thresholds that would trigger mandatory recusal from cases. Wisconsin was found to have the fourth weakest judicial recusal rules in the nation and these retired jurists sounded the alarm.

While Common Cause in Wisconsin and other reform organizations and individuals were permitted to submit written comments in support (or opposing) the petition, the conservative majority of 5 justices voted against conducting any public hearings on the petition. The two other justices voted to conduct them. Similarly, on April 20. 2017, by the same vote, the Supreme Court rejected the petition of the retired jurists and kept the current policy of self-recusal in place.

But Common Cause in Wisconsin and the retired judges worked to “revive” the issue of judicial recusal in Wisconsin that had been seemingly buried with the Supreme Court’s action of April 20th.

The result was placement of a guest editorial on judicial recusal in Wisconsin’s largest daily newspaper, and the organization and execution of three public hearings in Wisconsin’s three largest cities during the month of October, 2017: in Green Bay on the 2nd, in Milwaukee on the 11th and in Madison on the 24th. More than 300 citizens attended and participated in the three public hearings and more than 1,000 more viewed and participated in them through Facebook Live. Thousands more citizens have viewed the videos of the public hearings, including the widely distributed and viewed program by Wisconsin Eye, the statewide video access channel/service, of the Madison public hearing. Two former State Supreme Court Justices, three former County Circuit Court Justices and a distinguished law professor and former candidate for the State Supreme Court joined CC/WI as panelists for the hearings.

As a result, interest has been rekindled and elevated in the issue of judicial recusal in Wisconsin and it is a central issue in the upcoming April 2018 election to fill a vacancy on the State Supreme Court. Two of the leading candidates for the position announced their support for strong recusal rules at the CC/WI public hearings. One other, recently, has announced his opposition to stronger recusal rules, citing “free speech” concerns.

Stronger judicial recusal rules have emerged as a front and center issue in the Supreme Court and other judicial elections in April. The fairness and impartiality of our judges depends mightily on their separation from the effect and influence of campaign contributors and outside, special interest campaign spending groups. You can advance this needed reform in Wisconsin by insisting that the Wisconsin Supreme Court, and judges at all levels support stronger recusal rules.

This article was first published by Jay Heck,  executive director for Common Cause in Wisconsin.