Retribution and Revenge in the Wisconsin John Doe | PR Watch

Retribution and Revenge in the Wisconsin John Doe 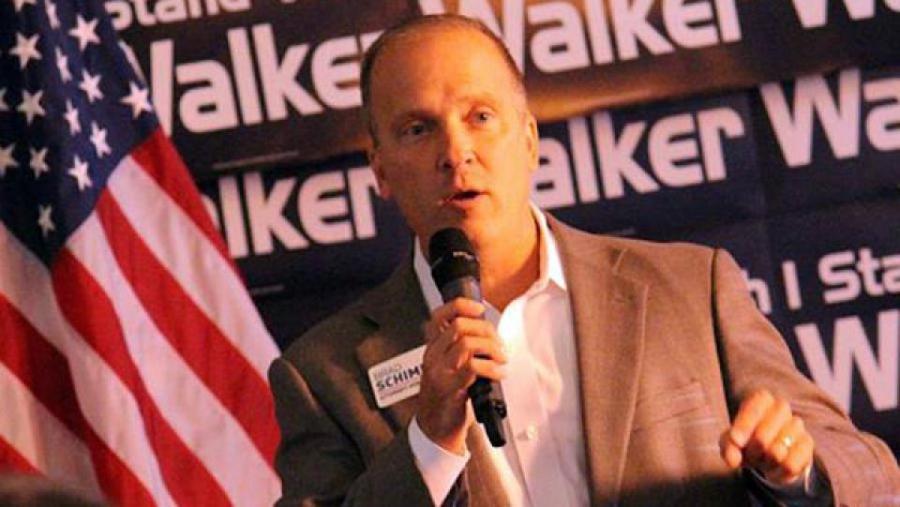 The long running criminal investigation into whether or not Scott Walker and deep-pocketed dark money groups illegally coordinated the expenditure of some $30 million to win the 2012 recall elections should be old news by now. But the Wisconsin GOP is keeping it alive by undertaking a criminal investigation of a 2016 leak of documents to the Guardian newspaper, famous for its publication of the Snowden revelations and the Panama Papers.

In December, Attorney General Brad Schimel released a report on his findings. He failed to identify the leaker and claimed that potentially “hundreds” had access to material that was subject to “systematic and pervasive mishandling.” Nevertheless, Schimel decided to recommend contempt charges be brought against a list of investigators, including Republican Special Prosecutor Francis Schmitz, for allegedly mishandling evidence.

No sooner was the report released than it began to fall apart. The new Ethics Commission slammed the document for falsely claiming it failed to cooperate, the Milwaukee Journal Sentinel demanded a correction for an unwarranted and false attack on the wife of a key John Doe reporter, and the John Doe judge overseeing the report was forced to step down after the discovery of past partisan tweets.

But the clown car really ran off the rails when the Wisconsin State Journal reported Schimel himself broke the law, by disclosing names and details of a closed ethics investigation he misleadingly labelled “John Doe III.” The utter incompetence–leaking names in the middle of a leak investigation–prompted the John Doe judge who agreed to unseal the report to say that if he faced charges related to the matter “I would have to plead guilty.”

The Capital Times called for Schimel’s resignation charging that “his extreme partisanship has caused him to abandon basic legal standards.”

Lost in the brouhaha are some underlying fundamentals. Schimel’s report exculpates Walker and the dark money groups with the astounding claim “no piece of John Doe II or III evidence reviewed by DOJ suggests illegal or unethical conduct.”

The lengthy Guardian report detailed the ugly story of one billionaire dark money donor, lead pigment manufacturer Harold Simmons, who was being sued by a group of children poisoned by lead paint. After Simmons gave $750,000 in personal and corporate checks to Wisconsin Club for Growth to defend Walker and state senators against recall, the GOP snuck a motion into a giant budget bill nullifying the lawsuits against him. (The legislature had rejected this same change to the law earlier, but after the checks flowed in the measure was passed and signed by Walker.)

If billionaires are now allowed to give secret campaign contributions to get lawsuits against them thrown out of court, perhaps the Attorney General should issue a price list so that the public can avail themselves of this nifty service?

In the face of evidence of coordination between Walker’s campaign and express advocacy groups, including weekly meetings with the Republican Governor’s Association which had sworn an oath not to coordinate with candidates, the Wisconsin Supreme Court cooked up a novel interpretation of the state’s anti-coordination policy in order to let Team Walker off the hook. That ruling flew in the face of multiple U.S. Supreme Court decisions and remains a national outlier today.

As it turns out, the same groups that secretly helped Walker had raised $10 million for four of the Wisconsin Supreme Court justices signing the controversial decision to end the John Doe investigation, and two justices asked to recuse in the case may have benefited from similar coordination.

No wonder the Supreme Court sealed proceedings, canceled oral arguments and initially ordered all materials destroyed. No wonder John Doe Judge Gregory A. Peterson ordered prosecutors to stop looking at any evidence–unconscionably handicapping the lawyers appealing his order. No wonder Judge Rudolf Randa ordered the evidence destroyed before being overturned by the conservative 7th circuit. No wonder the GOP completely rewrote 40 years of clean election laws to retroactively legalize much of the behavior in question and to destroy the independent Government Accountability Board. No wonder Schimel worked to collect up every last printed page, electronic file and dust bunny in the basement of the former GAB.

Now the people that Schimel condemns lack access to his sealed charges and do not possess a shred of evidence to defend themselves.

While Schimel named nine people he thought might be involved in the leaks, Republican politicians have decided to go after a different group of people altogether, calling for the resignation of the head of the new elections commission and the ethics board they created in an absolute abuse of power.

Senate Minority Leader Jennifer Shilling, accused Republicans of “rewriting the history of their own political scandals.” But there is another reason the WI GOP wants to keep this story of “prosecutorial abuse” alive: it may become Exhibit A in a national effort to discredit Trump special investigator and former Republican FBI chief, Robert S. Mueller.

Wisconsin’s dark money man Eric O’Keefe is already peddling this line on radio, as is U.S. Senate hopeful Leah Vukmir in the pages of the Wall Street Journal. A resolute defender of secret money in politics, O’Keefe apparently leaked subpoenas to the Journal editorial board and admitted to violating the John Doe secrecy order “in some form everyday”. Now O’Keefe is reading from a sealed grand jury subpoena from the Mueller investigation on air.

“The FBI was heavily involved in John Doe 1…and the director of the FBI during John Doe 1 was Robert S. Mueller III,” says O’Keefe. “The Mueller investigation looks like another attempt by what might be called the administrative state or the deep state to overturn the election and remove Trump from office,” he declares.

O’Keefe’s tale of prosecutors run amok neglects to mention that John Doe I resulted in six convictions of Walker staff and associates, even though bid rigging charges were never brought against Walker. Every step of John Doe II was authorized by a judge and backed by five Republican and Democratic District Attorneys. Former Republican Attorney General JB Van Hollen’s office was sworn into John Doe II and ducked out without sending up a single flare about “prosecutorial misconduct.”

For the defenders of secret money in politics, only pet politicians and prosecutors will do.