The Most Important Legislation of My Lifetime | PR Watch

The Most Important Legislation of My Lifetime 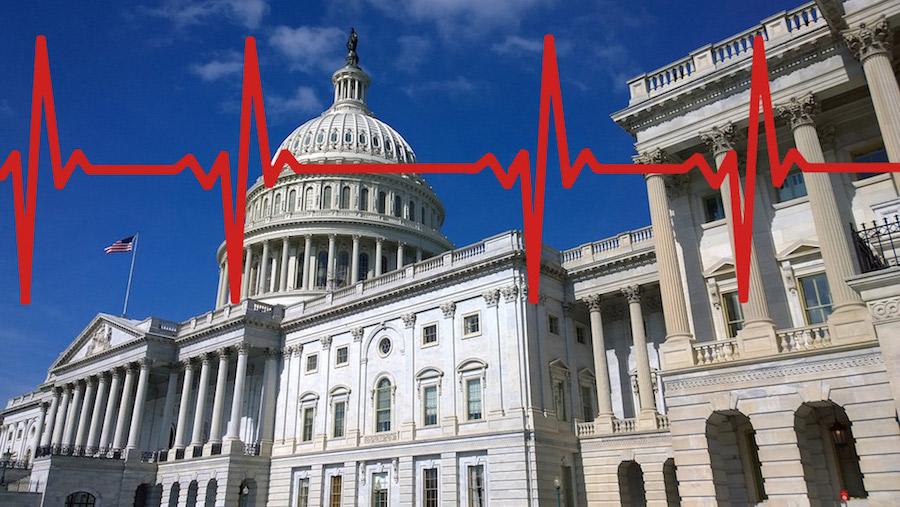 Representative John Conyers and Senator Bernie Sanders have introduced the most important legislation I have ever seen. It may not pass in my lifetime, but it will save lives when it does.

Single payer healthcare is what I am talking about. I am not afraid to call it what is. I don't care what you call it. It is morally and economically right. Yes, I said economically right. Only the insurance industry would disagree with that. What do insurance companies provide us anyway? An overpriced payee is what they are and all they are. They don't care about our health; they are designed for their own profit.

It is personal for me--I am dying from kidney failure. My insurance company would rather pay for dialysis three times a week than cover a transplant. I could go to Iowa City a few hours away from my house and get on the transplant list, but I don't drive. I also could have gone on Medicare early and gotten the transplant in Des Moines at the hospital near me. I didn't choose Medicare during the last enrollment period. The insurance company I had in 2016 covered a transplant at Mercy Hospital in Des Moines. I had no idea my new insurer wouldn't cover an operation in Des Moines.

My previous insurer, Coventry, sent me a letter in 2016 telling me that Aetna was taking over for them. So when I enrolled for 2017, I chose the Aetna Mercy healthcare plan. Everything looked the same to me. It turned out to be a huge mistake. They started out claiming my dialysis was out of network. It was not. For the last year, I have had to fight to get them to pay my bills. It only took me a few weeks to hit my deductible, but somehow they keep claiming I'm under the deductible on a regular basis until I complain.

The last thing people who are sick need is to have to be stressed out with medical bills. All over the world, governments take care of the cost of healthcare. It is far from free--the money is raised in taxes just like funding for fire departments, the police, the military, and public education. Medicare for All, as Bernie and Rep. Conyers are calling it, would result in a tax raise. The simple fact, though, is that most people's tax hike would be more than offset by no longer having high premiums, co-pays, and deductibles.

Private insurance has failed me all of my life. If I had grown up in a single-payer country, when I became diabetic it would have been treated, and I would not have damaged my kidneys while having untreated diabetes.

I have lived through various healthcare situations. Growing up, my healthcare was good. My father worked for the Air Force as a civil service employee, so I had coverage. I also spent some time in the Army, but not long enough for veteran's benefits. I had an HMO in California while working for Truthout, and I have been on the exchange. I have witnessed the good and the bad. A simple thing like portability could have saved my life.

I moved from California to Virginia to set up a DC bureau for Truthout. I was not allowed to stay on the HMO I had in California, so I went years without healthcare in Virginia and Washington DC. Truthout and RSN were both willing to help me pay for healthcare. Insurance companies, however, used to reject me for what they considered a pre-existing condition: being short and fat. They called it "body type." They would have been happy to sell me a policy, but not the ones that I found affordable.

My last diagnosis before leaving California was borderline diabetes. If I had been able to keep my healthcare and be treated after I crossed the state line, I would not be dying today. I always say Obamacare saved my life. It did. I finally got insurance and began treating my diabetes. It was too late though; the damage to the kidneys was done, and the continued flaws in the private industry are preventing me from getting what I need--a new kidney.

I believe that one day we will have single-payer healthcare and nobody will ever have to go without healthcare again as I did. Pass Medicare for All Now!!!

Scott Galindez died on September 26, 2017. He attended Syracuse University, where he first became politically active. The writings of El Salvador's slain archbishop Oscar Romero and the on-campus South Africa divestment movement converted him from a Reagan supporter to an activist for Peace and Justice. Over the years he has been influenced by the likes of Philip Berrigan, William Thomas, Mitch Snyder, Don White, Lisa Fithian, and Paul Wellstone. Scott met Marc Ash while organizing counterinaugural events after George W. Bush's first stolen election. Scott moved to Des Moines in 2015 to cover the Iowa Caucus.

This article was first published by Reader Supported News.