Cleaning Up the Courts, Citizen Hearings at Three Locations in Wisconsin | PR Watch

Cleaning Up the Courts, Citizen Hearings at Three Locations in Wisconsin 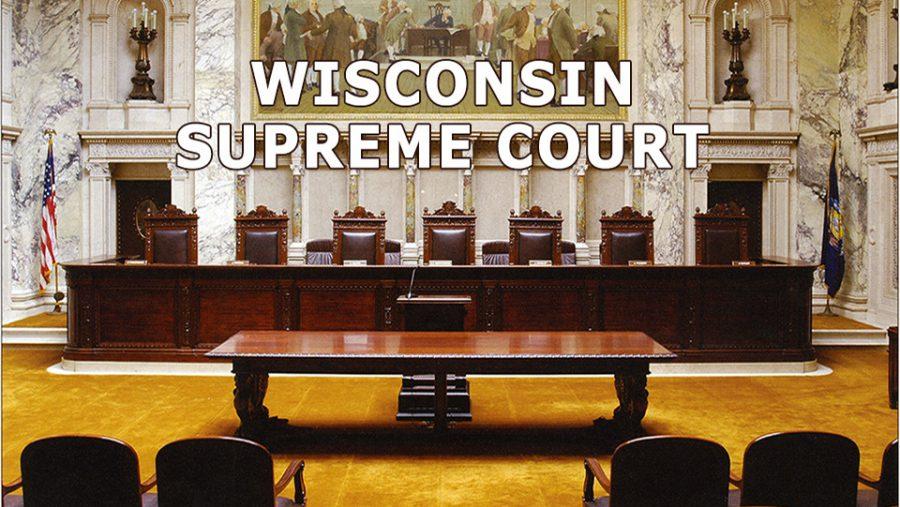 In January 2017, 54 retired Wisconsin judges — with a cumulative service on the bench of more than 1,100 years — filed a petition to the Wisconsin State Supreme Court requesting the court to write new rules for when judges should recuse themselves from cases.

“As money in elections becomes more predominant, citizens rightfully ask whether justice is for sale. The appearance of partiality that large campaign donations cause strikes at the heart of the judicial function, which depends on the public’s respect for its judgements,” the judges wrote. The list of signers, included conservatives and liberals, and two former Wisconsin Supreme Court judges.

The judges knew well that in 2010, the Wisconsin Supreme Court adopted rules written by one of the state’s biggest spenders in Supreme Court elections, Wisconsin Manufacturers & Commerce (WMC). While the U.S. Supreme Court ruled, in a 2009 case called Caperton v. Massey, that a West Virginia justice needed to step aside from involvement in a case concerning a person who had made major independent expenditures to benefit the judge’s campaign, no amount of money is too much to require recusal under the WMC’s special interest rules.

WMC and Wisconsin Club for Growth (WCFG) spent over $10 million between 2007-2014 on ads to help elect the court’s right-wing majority. In most cases, the two groups spent more in the races than the candidates themselves.

The WMC recusal rule came in handy when WMC and WCFG petitioned the court to shut down a state criminal investigation into whether or not they had illegally coordinated their activities with the campaign of Governor Scott Walker during Walker’s 2012 recall election. Two justices, David Prosser and Michael Gableman, refused to recuse even after state prosecutors specifically requested that they do so.

Gableman wrote the July 2015 decision exculpating the groups and shutting down the investigation. To do so, he rewrote Wisconsin’s campaign finance law and allowed for the first time direct coordination between candidates and big money groups that do not disclose their funders.

Conveniently, Gableman’s ruling also allows judicial candidates to coordinate with secret money groups. This raises even more concerns about the integrity of the courts.  “Because coordination is now legally permissible between judicial candidates and so-called ‘issue advocacy’ organizations, this court cannot rely on campaign finance laws to guard against the appearance or reality of corruption, much less to protect due process and the public perception of the judiciary,” Campaign Legal Center attorneys Brendan Fischer and Catherine Hinckley Kelley wrote in a filing.

The upshot? Wisconsin is now considered to be one of the worst four states in the U.S. when it comes to recusal standards for judges receiving contributions. And Wisconsin’s Supreme Court has devolved from “one of the nation’s most respected state tribunals into a disgraceful mess,” wrote a national expert in the New Yorker.

Rather than take steps to repair their reputation, in April of 2017 the court made short work of the judges petition to rewrite the recusal rules, voting it down 5-2 and voting down a follow on motion to hold a public hearing on the issue. The most clueless comment came from Justice Rebecca Bradley “Every judge and justice in Wisconsin should be highly offended by this petition because it attacks their integrity,” said Bradley.

Gableman was first elected in 2008 after a brutal “Willy Horton” style campaign against Wisconsin’s first African American Justice Louis Butler. Gableman faced charges from the state’s Judicial Commission, which concluded he had lied about Butler’s record in a campaign ad. Gableman recently decided not to run for a second 10 year term and is now reportedly looking for a new home in the Trump administration. The most scandal-plagued administration in history may be an appropriate landing pad for a justice who began and ended his career mired in controversy.

Now with a new Supreme Court election on the horizon in the spring of 2018, citizens of the state are moving to take up the job that the court should have done itself, debating and discussing the types of recusal rules that should apply to justices and judges in the state of Wisconsin.

Wisconsin Common Cause has organized three public hearings on the issue of judge recusal for the month of October.

At these events, citizens can discuss the problems posed by the current rules and discuss proposed solutions with current and former judges.

David Armiak contributed to this report.