Who's Behind the Billionaire PAC Targeting Elizabeth Warren? | PR Watch

Who's Behind the Billionaire PAC Targeting Elizabeth Warren? 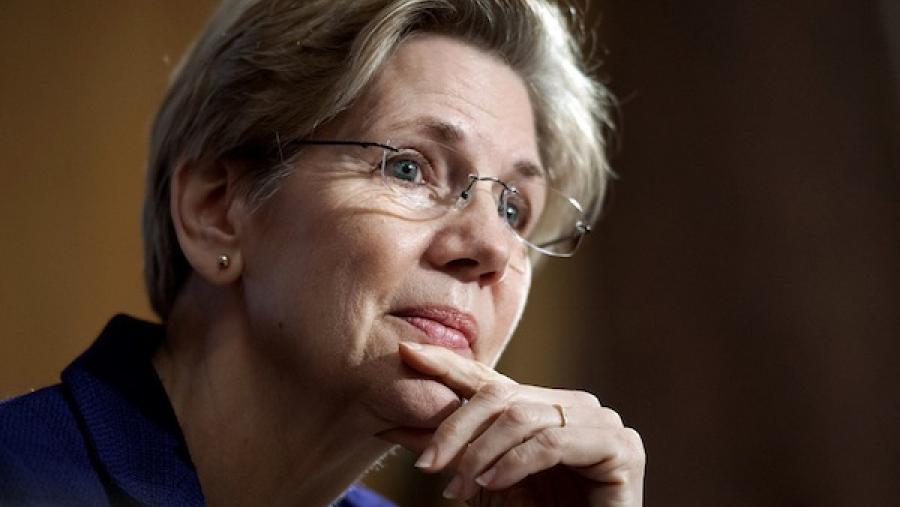 A billionaire-backed conservative group is targeting Sen. Elizabeth Warren of Massachusetts as she tours the country in support of her new book, according to a memo obtained by Politico.

"We view (the) book launch as the soft launch of her presidential campaign," said executive director Colin Reed. "We'll do the same to her as we did with Hillary Clinton in 2014," Reed added.

America Rising's backers would stand to lose some cushy tax breaks and regulatory favors if the progressive policies advocated by Sen. Warren were enacted. For her part, Warren denies that she's running for the presidency and notes that this is her 11th book.

The group appears to be taking special interest in Warren, however. Reed's memo cites her "enormous sway" over the party and describes her -- inaccurately -- as its "titular head." (Reed does not appear to know what the word "titular" means.)

The Rise of America Rising

America Rising was formed in 2013 by Matt Rhoades, the director of Mitt Romney's failed 2012 presidential campaign, and it represents the worst of what our current political system offers. Its goal is not to debate the issues or offer solutions to the nation's problems. Instead, the PAC gets cash from big-money donors and spends it trying to tear down its political opponents.

The Republican National Committee's "autopsy" of its 2012 presidential loss reportedly concluded that the party needed an organization that would "do nothing but post inappropriate Democratic utterances and act as a clearinghouse for information on Democrats."

In the time-honored Washington tradition of "failing up," the leader of the party's most recent failure was chosen to head up the new operation. But, to be fair, Rhoades was not an entirely inappropriate choice. One of his early career highlights, if you can call it that, involved funneling "oppo" information to a seedy but popular website called "The Drudge Report" on behalf of George W. Bush.

The group made a splash the following year when it sent "trackers" to record everything key Democratic candidates did and said on the campaign trail. The goal was to record a "blooper" that could be played over and over on news and social media to embarrass the candidate.

The group's million-dollar-plus budget is funded by a bevy of high-dollar backers. The list of donors during the 2014 and 2016 election cycles includes:

Hedge-fund billionaire Paul Singer, who specializes in "vulture capitalism" -- purchasing distressed assets and squeezing every last dollar out of them. Singer's fund earned the "vulture" label by purchasing the debts of distressed governments like Panama's and Peru's, and then pressuring the authorities to force repayment. In Argentina's case, the fund's tactics including seizing an Argentine vessel docked in an African port.

Singer, a major Republican donor, is the founder of a hedge fund called Elliott Management Corporation. He flooded New York's 19th Congressional district with money last year in order to successfully defeat reform Democrat Zephyr Teachout. Teachout offered to debate Singer, whom she labeled "the actual voice" of her opposition, but he declined to respond. Singer was America Rising's largest reported donor.

Hilcorp Energy Corporation, a Texas-based fossil fuels company that has been sued for violating the Clean Water Act in Louisiana. Hilcorp allegedly damaged oyster beds by dredging canals without the proper permission, using a destructive technique known as "prop washing."

The company was recently ordered to clean up a 4,200-gallon oil spill in Plaquemines Parish, Louisiana, and last month oil was reportedly leaking from an abandoned Hilcorp well head on the lower Mississippi. Also in March, regulators reported that a Hilcorp gas line in Alaska's Cook Inlet was leaking 225,000 to 335,000 cubic feet of gas per day and demanded that it be repaired or shut down.

Hedge-fund billionaire Kenneth Griffin, a self-described "Reagan Republican" who once testified before the U.S. Senate that U.S. stock markets are ""fairest, most transparent, resilient and competitive markets anywhere in the world" -- a claim that would surprise hundreds of thousands of documented victims of Wall Street investor and borrower fraud.

What are these big-money interests getting for their money? America Rising's Facebook page is an oddly listless affair. Its Twitter feed still features unflattering and now outdated photos of Hillary Clinton and Tim Kaine, the candidates on last year's Democratic presidential ticket.

The real "value proposition" for efforts like America Rising lies in their ability to plant destructive stories about their opponents in respected news outlets (a category that does not include Drudge). These efforts are more difficult to trace.

The group's current anti-Warren efforts include sending trackers to videotape the senator's book tour, in hopes of catching her saying something embarrassing, and a somewhat sophomoric "candidate page" attacking the Massachusetts Democrat. It has posted similar pages for Sanders, Booker, and other Democratic presidential prospects.

All in all, America Rising's efforts have an oddly dated feel to them. Its social media effects feel perfunctory, and its "gotcha" approach to tracking seems like a relic of past campaigns. Politicians like Warren and Sanders have so far proven resilient against the politics of negativity. America Rising's billionaire patrons could find more constructive uses for their money.