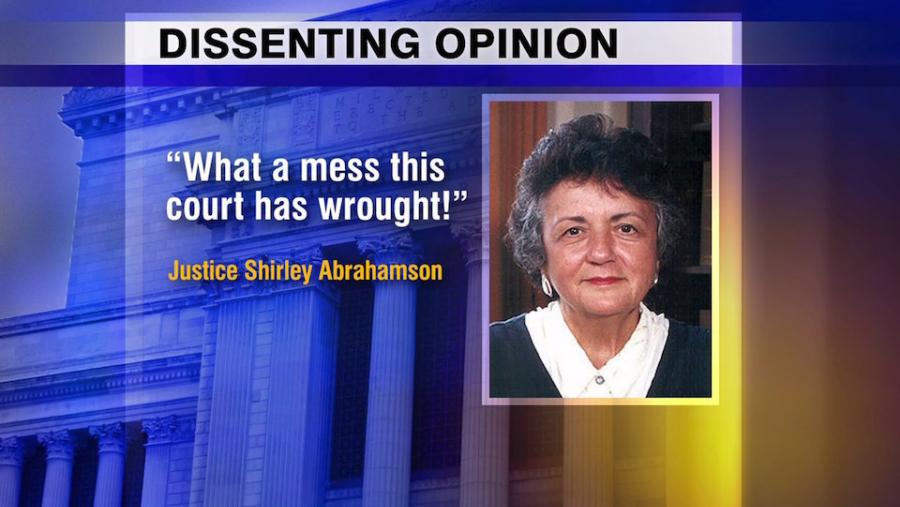 According to the Milwaukee Journal Sentinel, Wisconsin Department of Justice (DOJ) investigators are reviewing documents from state court and government offices for information about the Guardian story on the now-closed Wisconsin John Doe investigation into whether or not Scott Walker's campaign committee illegally coordinated his recall campaign efforts with outside groups. Outside groups raised and spent an estimated $20 million in Walker's June 2012 recall election.

Until Justice Michael Gableman and the "conservative" majority of the Wisconsin Supreme Court rewrote whole swaths of the state's campaign finance law in their July 2015 4-2 decision ending the Walker John Doe investigation, outside groups were required to work independently of candidates on elections. Two justices, including Gableman, were asked to recuse themselves from the case, because they were elected after major expenditures by some of the groups under investigation raising serious conflict of interest issues, but the justices refused.

The Court legalized coordination between candidates and outside groups running what the Court called "issue ads," fired the Republican special prosecutor, told the bi-partisan group of district attorneys who initiated the probe to stand down, and ordered the special prosecutor to "permanently destroy all copies of information and other materials obtained through the investigation." After blowback, they modified that order directing the special prosecutor to collect up and return all documents and evidence to the Court.

But the Guardian published some of the secret documents in September 2016.

Wisconsin Attorney General Brad Schimel first asked the Supreme Court to appoint a "special master" to investigate the leak, but the Court brusquely declined. A special master is an administrative role usually reserved for complex civil litigation cases. Next, he recommended a grand jury. But costly grand juries are extremely rare in the state, usually reserved for serious felony crimes such as the 1970 Sterling Hall bombing on the University of Wisconsin-Madison campus.

Now it appears Schimel is taking another route, pursuing an investigation with the assistance of the John Doe II judge, David Wambach. Based on news accounts, it appears that Wambach is ordering courthouse clerks and other government agencies to turn over documents in their possession, but what information they are seeking is not known as the unusual orders are under seal.

The move has many legal observers scratching their heads.

The attorney general's conduct in the leak investigation has already been questioned by Wisconsin Supreme Court Justice Shirley Abrahamson, who considered a recent letter and court order the Department of Justice sent to the Supreme Court requesting documents from the court to be an improper "ex parte" communication.

She wrote a letter to a list of prosecutors and attorneys representing parties in the John Doe II as well as a long list of other courthouse personnel across the state to inform them of her views on the matter.

Her letter was then given to the Milwaukee Journal Sentinel, but not by Abrahamson, said the reporters. Abrahamson also questioned how Schimel can investigate on behalf of the John Doe judge when he also represented him in court. Abrahamson's letter suggests that she believes the attorney general is operating under the auspices of the John Doe II, as she copied participants in that investigation. Abrahamson has also consistently argued that the Court's slipshod application of secrecy in the John Doe II "raised significant First Amendment, state constitutional, statutory and common law issues."

CMD spoke to half a dozen attorneys who raised numerous questions about the probe.

Was Schimel formally asked to investigate the issue by Governor Walker or the state legislature?

Has the attorney general opened up a new John Doe? The new John Doe statute exempts public officials from prosecution under a Doe and limits new investigations to serious crimes like homicide.

Are investigators authorized to inspect documents under Supreme Court seal? 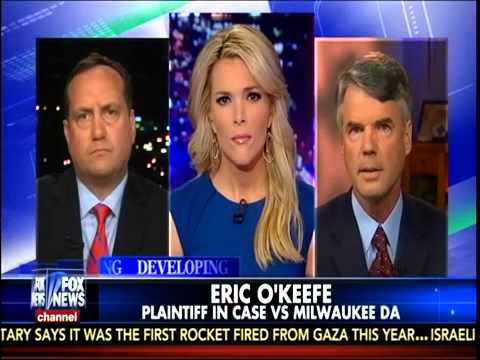 Schimel is apparently on the hunt for the Guardian leaker even though he has publicly said he will not investigate the fact that Eric O'Keefe, a director for Wisconsin Club for Growth -- the dark money group at the center of the John Doe II, admitted leaking information to the media.

FOX's Megyn Kelly quizzed O'Keefe live on air: "Eric do you, are you under a secrecy order right now? Because everybody's been told not to speak." O'Keefe: "Yes, an unconstitutional secrecy order and I'm defying the secrecy order." Kelly: "Right now?" O'Keefe: "Yes." He told WISN's Vicki McKenna "I have persistently ignored (the gag order) because I can read the Constitution and it's an outrageous clamp down on my speech."

Editorial writers at the Wall Street Journal described "copies of two subpoenas we have seen" publicly providing for the first time a list of some of the groups under investigation. They cited O'Keefe in the one-sided article and spun the campaign finance investigation, which was under the control of a Republican special prosecutor, as a "political speech raid."

O'Keefe told the Wall Street Journal's Kim Strassel for her book "Intimidation Game" that he violated the secrecy order "in some form every day." He also told her that Walker's top campaign advisor, R.J. Johnson, had also violated the Court's secrecy order.

Republican special prosecutor Francis Schmitz attempted to sanction O'Keefe for violating the secrecy order, but in 2015, the GOP-controlled Wisconsin legislature terminated all prior John Doe secrecy orders, except for a narrow list of prosecutors and judges, as part of their self-serving revamp of the statute. The statute also exempted corrupt politicians from prosecution under a John Doe.

According to documents later unsealed by a few of the judges on the state Supreme Court, O'Keefe's lawyers argued to the Court that by the terms of the statute the new law was intended to be retroactive and therefore was effectively a "get-out-of-jail-free" card for O'Keefe for leaking John Doe II documents. The Court seemed to have bought this argument as O'Keefe apparently was not subjected to sanctions for repeatedly violating the secrecy rules that applied to him.

This has implications for any leak prosecution.

"While I feel that the investigation of the various Court clerks is misguided and an abuse of prosecutorial discretion, any prosecution instituted as a result of the investigation would be subject to challenge as selective prosecution and a violation of the due process clause. One only need ask -- why does Mr. O'Keefe have a First Amendment right to disclose, but no one else?" said Stephen J. Meyer, a Wisconsin criminal defense attorney who has represented clients in John Doe proceedings.

Schimel and the John Doe judge appear to be ignoring a number of other legal issues as well.

The Guardian documents revealed for the first time a new set of potential legal violations that were not addressed by the Wisconsin Supreme Court's decision that summarily ended the John Doe II investigation. These include:

In an email to Karl Rove, Scott Walker credited R.J. Johnson with winning Justice Gableman's 2008 race against Louis Butler. Now, Gableman and Wisconsin Club for Growth's Eric O'Keefe will be appearing together at a Republican fundraiser as Gableman gets ready to run again in 2018.

"What happened was unprecedented in Wisconsin -- wholesale violations of the laws that had governed campaigns for decades​," said Bill Christofferson, a veteran Wisconsin campaign consultant. Christofferson has run many state-wide campaigns including for former U.S. Senator Herb Kohl.

"Everyone in Wisconsin politics understood a campaign couldn't coordinate with an outside group, couldn't take corporate money, and couldn't engage in pay to play. While everyone else took great pains to avoid violations, Walker and company ignored the law and coordinated millions of dollars in spending, while the other side played by the rules. If I had done what they did, I have little doubt I would be in prison," he told CMD.

Exposing the misdeeds of the powerful is the fundamental purpose of a free press and that press relies on whistleblowers to get the job done.

Each year, Wisconsin's Freedom of Information Council gives special recognition to whistleblowers. This year both the Guardian newsoutlet and the anonymous whistleblower were nominated for recognition. So it is not surprising that newspapers have called for all the John Doe documents to be made public.

News outlets like the Capital Times and the Milwaukee Journal Sentinel have repeatedly called upon the Court to unseal court filings. The Journal Sentinel has said, "The courts could perform a public service by making all the documents open to public inspection," and the Wisconsin Freedom of Information Council has called for case records to be released to the public. But for unknown reasons the Wisconsin Supreme Court continues to keep the vast number of documents secret.

"It is disappointing to see so much effort going into trying to find and punish who leaked these records to the press," said Bill Lueders, President of Wisconsin's Freedom of Information Council.

"The public is best served having access to a full range of information. People can decide for themselves whether or not they are comfortable with the conduct these records describe but I believe it is better to know than not to know. That's why many states, including Wisconsin, have statutory protections in place for whistleblowers—because we acknowledge a public interest in learning about things some people would like to keep hidden," said Lueders.