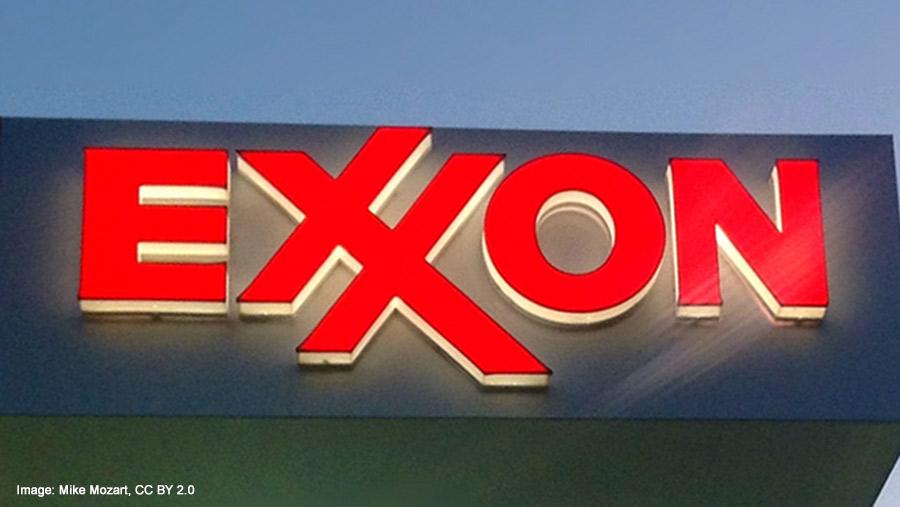 DCI Group, a Washington DC public relations and lobbying firm, is the latest group subpoenaed in an expanding investigation by state attorneys general into the funding of climate change denial by ExxonMobil, according to court filings reviewed by the Center for Media and Democracy (CMD).

ExxonMobil has now received separate subpoenas from both the New York and U.S. Virgin Islands U.S. Attorneys' Offices. The Competitive Enterprise Institute (CEI) and DCI Group have also been subpoenaed by the U.S. Virgin Islands for records relating to their role in helping ExxonMobil with climate change denial.

Seventeen state attorneys general—calling themselves "AGs United for Clean Power"—held a press conference on March 29, announcing increased collaboration between the states in investigating the opposition to tackling climate change.

"The scope of the problem we are facing, the size of the corporate entities and their alliances, the trade associations and other groups, is massive and it requires a multistate effort," said New York Attorney General Schneiderman.

ExxonMobil has become the focus of attention from state attorneys general, after separate investigations by InsideClimate News and the LA Times/Columbia School of Journalism revealed it had known internally about the threat of climate change for several decades. InsideClimate News was a finalist for a Pulitzer for its work on the story.

Those investigations uncovered internal Exxon documents, some dating back to the 1970s, proving the company knew from its own scientists about the serious dangers to the planet from continuing to burn fossil fuels.

Despite this knowledge, Exxon poured millions of dollars into climate change denial and to groups working to obstruct any action to reduce carbon pollution.

The Greenpeace project Exxon Secrets, which tracks spending by ExxonMobil, has documented over $30 million in funding to U.S. climate denial groups from 1998-2014.

ExxonMobil continues to fund climate denial through groups including the American Legislative Exchange Council (ALEC). CMD has documented Exxon's grants to ALEC and that group's work to promote climate change denial in a letter sent to the New York Attorney General in November 2015.

DCI Group is a DC-based public relations and lobbying firm, with a client base that has included big tobacco, the Koch-founded and Koch-funded Americans for Prosperity, and several foreign governments with appalling human rights records, including Azerbaijan and the Burmese junta.

DCI currently works with the coal industry trade association, the American Coalition for Clean Coal Electricity (ACCCE). The group has paid $5 million over a two-year period from 2013-2014 (most recent available data) to DCI.

CMD has a profile on DCI, which is available here.

Exxon has been a DCI client for many years. According to data from the Center for Responsive Politics, DCI has represented Exxon every year between 2005-2015 (data for 2016 is not yet available).

Although DCI and Exxon have a long history, the subpoena could reveal more about what DCI has being doing for Exxon.

Some details have leaked out over the years.

DCI created Tech Central Station, a now-defunct website which promoted climate change denial and which received funding from Exxon. A bipartisan group of Senators wrote to Exxon about its funding of the website in 2006.

The Senators' letter also asked Exxon to "come clean about its past denial activities," which Exxon has not done.

In 2006, an invitation was leaked to Greenpeace about a strategy meeting hosted at the DCI office.

The meeting--titled "Strategic Discussion Regarding the Clean Air Act"--was sponsored by the Exxon-funded Heartland Institute.

Numerous non-profit organizations that receiving funding from Exxon were invited, including the American Legislative Exchange Council (ALEC) and the Competitive Enterprise Institute.

Just one corporation was represented—Exxon—and it dominated the room with 5 staff on the attendee list. DCI also had numerous named staff present as well as additional unnamed "field directors and staff."

According to the invitation, the meeting was intended to help develop an "action plan" to help push back against legislation mandating the reduction of greenhouse gas emissions.

The leaked agenda is revealing but its does not show the full picture and, with Exxon having ignored previous requests to "come clean," this is something that can result from a subpoena.

Most of the groups at the 2006 DCI strategy discussion, including ALEC and CEI, continue to fight against any action to tackle climate change. In particular, both these groups are heavily involved in the push back against the Obama administration's Clean Power Plan.

As a possible signal of things to come, the Maryland Attorney General Brian Frosh named ALEC in his remarks during the AGs United for Clean Power press conference in March. "We want them to tell the truth so we can get down to the business of fighting climate change," said Frosh.

CMD has documented Exxon funding to ALEC in a letter to the NY Attorney General, which is available here.