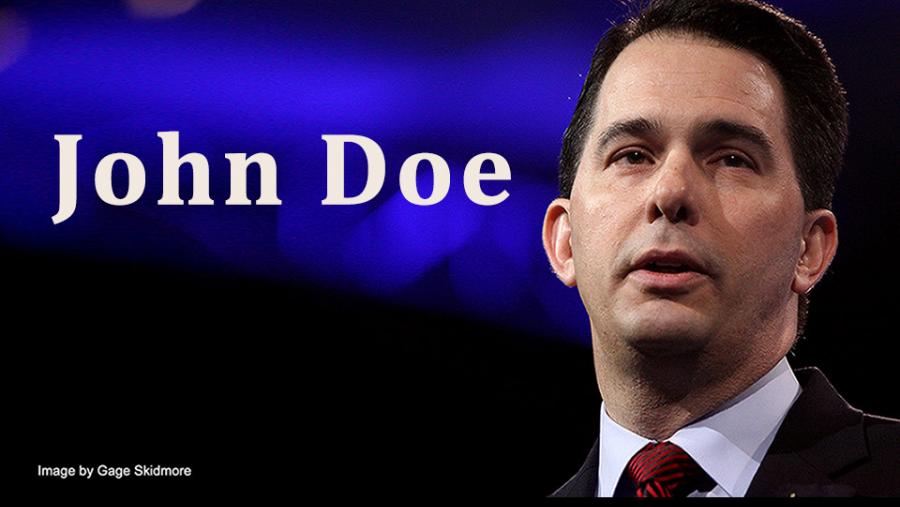 Newly-released court filings undermine claims from Scott Walker and his allies that prosecutors were on a "partisan witch hunt" with the ultimate goal of taking down the governor.

Documents filed in federal court last week by Milwaukee County District attorney John Chisholm showed, for the first time, that prosecutors found probable cause to believe Walker and his associates had committed a felony in a county land deal involving a Walker donor--allegations that could have tanked Walker's political career had it been made public in advance of the hard-fought 2012 recall elections.

"Had Walker been named in the period leading up to the recall, that absolutely would have made a difference" in the outcome, says Jay Heck, Executive Director of Common Cause Wisconsin.

In the months leading up to Walker's June 5, 2012 recall election, speculation about the secret John Doe probe was fierce, but details were hard to come by. Prosecutors had brought charges against five of Walker's former aides and associates, for charges ranging from embezzlement of veteran's funds to campaigning on public time, but it was unclear whether the probe would touch Walker himself. Democrats tried to make the investigation a campaign issue, but Walker deflected the charges by insisting that he was not a target.

"Absolutely not," he told reporters in June 2012, just weeks before the recall vote. "One hundred percent wrong. Could not be more wrong. It’s just more of the liberal scare tactics out there, desperately trying to get the (gubernatorial) campaign off target." He called claims that he was a target "spin from those on the left" and "false innuendo."

"In the face of flat denials by Walker, prosecutors could have leaked information to directly undercut his statements, but did not," says former Milwaukee County District Attorney Michael McCann. "These are men with a great deal of integrity."

Walker and his allies have recently claimed that prosecutors were engaged in a "partisan witch hunt," and right-wing outlets like the National Review have accused prosecutors of "selective leaks." Yet if these accusations were true, prosecutors would have been in a position to leak damning details about Walker's participation in an alleged felony before election day.

Prosecutors uncovered evidence that Walker and his aides gave inside information to Walker's campaign treasurer, John Hiller, to secure a $3 million county contract on behalf of Hiller's clients, who were also Walker donors. Walker officially called for a lease extension for a building the County was renting, then used a personal email account to instruct Hiller to have his clients reject the extension, setting up a deal that would have been "against the interests of Milwaukee County," prosecutors alleged. Ultimately the deal never went through and charges were never filed.

If prosecutors' goal was to hurt the governor's electoral chances, the fact that Walker was a central target of a criminal probe could have been leaked before the 2012 (or 2014) elections. Yet thanks to prosecutors abiding by the secrecy order attached to the so-called "John Doe" investigation into Walker's office, these facts didn't become public until last week, when prosecutors filed a previously-sealed affidavit and search warrant in response to a lawsuit from former Walker aide Cindy Archer.

The John Doe statute allows for a judge to order that the investigation be conducted in secret, which applies not only to prosecutors, but also to the targets of the investigation. Prosecutors argue that secrecy is needed to encourage cooperation by people reluctant to testify against powerful individuals, as well as to protect the reputation of the targets, before charges are filed--indeed, that is precisely what happened.

Although Walker allies like Eric O'Keefe have attacked the "John Doe" investigation's secrecy order as a Machiavellian plot used by prosecutors to punish targets of the investigation, the probe's secrecy actually helped the governor, by keeping the details of the allegations and the fact that he was targeted under wraps.