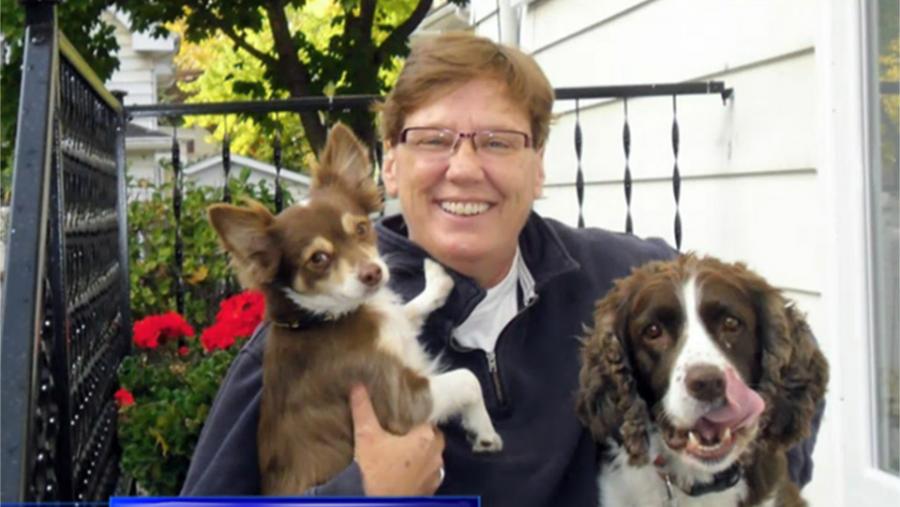 Newly-released audio contradicts many of those claims.

In April, Archer was the star of a National Review article called "Wisconsin's Shame" that spoke of "armed pre-dawn raids" and screaming police with battering rams ransacking her home. The article sparked a firestorm across right-wing media (including Fox News) and was even cited by the Wisconsin Supreme Court as "proof" that prosecutors used "paramilitary style raids" in conducting their investigations of Walker, even though the searches were not being challenged and hadn't been addressed before the court.

In June, Archer announced in a Wall Street Journal opinion piece that she was filing a civil rights lawsuit against state prosecutors. She alleged prosecutors had a "personal vendetta" against her for helping to craft Walker's 2011 anti-union Act 10 legislation. Her lawsuit describes a September 2011 search of her home where she claims officers threw a search warrant at her without letting her read it, screamed at her, ransacked her house, blocked her from going outside to smoke, and didn't inform her of her constitutional rights or tell her she could speak with a lawyer.

Yet Archer's allegations about overzealous prosecutorial tactics fall apart in a recording of the 2011 search, filed by prosecutors in response to her lawsuit and made public yesterday.

The search, which was led by experienced FBI agents, was taped by Aaron Weiss, an investigator with the Milwaukee District Attorney's office. Although the first few minutes of the tape are muffled, the three-hour long recording shows that the interaction between Archer and the agents was quiet and cordial. The tape reveals Archer, her partner, and the agents joking, chatting about dogs and aquariums, and discussing home repairs and coffee-making techniques.

(Listen to the recording below.)

Questioned about Bid Rigging and Corruption, Not Act 10

Many of the claims in Archer's lawsuit are directly contradicted by the tape. For starters, none of the named Defendants were even present during the search.

Although Archer publicly framed the probe as retaliation for her role in developing Act 10, the legislation never came up during the search, and investigators were clearly zeroing-in on Walker's conduct as Milwaukee County Executive, before he was elected governor. The John Doe was launched in May 2010--after Walker's office "obstructed" an investigation into missing veteran's funds--eight months before Walker was inaugurated in January 2011, and nine months before Act 10 was introduced, in February 2011. (Walker's recall election was not until June of 2012, which gave rise to a second John Doe probe into possible campaign finance violations.)

Instead, the nearly 90 minutes of questioning centered around possible bid-rigging in Walker's County Executive office, as well as possible violations of the public records law and misconduct in office.

Prosecutors suspected that in 2010, Walker's office was providing insider information on a major county lease deal to a top Walker campaign donor, who was also a client of Walker's campaign treasurer, John Hiller. Prosecutors focused most of the questions on Hiller and the information Archer gave to Hiller at Walker's request. (See discussion of John Hiller, his client the Reuss Group, and potential bid-rigging at 32:00.)

Allegations of Walker offering special treatment to donors have plagued him throughout his career, from his privatized jobs agency giving economic development grants to contributors, to prioritizing the interests of secret donors to a group that Walker worked with during the recall elections.

Prosecutors also questioned Archer about the secret email system set up in Walker's County Executive office by aide Tim Russell. This secret email system was used by two Walker staffers to conduct campaign work on public time and to evade the state's public records law--another pattern throughout Walker's career that has recently led to controversy. (See discussion around 1:45:00.)

The "John Doe I" investigation that Archer was questioned about ultimately led to the conviction of six of Walker's top aides and associates. Two weeks after the search, Archer signed a proffer letter saying she was "interested in providing a statement to law enforcement officials regarding her knowledge of criminal activity in the Milwaukee area and elsewhere," and was later questioned multiple times. She was never charged in the investigation.

In the recorded interview, Archer presented as a professional public servant, well-aware of the law, who pushed-back against pressure from some in Walker's office to bend the rules.

Archer is represented in the suit by David Rivkin and a team of attorneys at the Washington D.C.-based law firm BakerHostetler, which also represented Wisconsin Club for Growth director Eric O'Keefe in his lawsuits against prosecutors over the "John Doe II" probe into campaign finance violations during the recall elections. The lawsuit was filed in state court in July, and prosecutors motioned to move the case to federal court last week.

Many of the lawsuit's allegations about the search are undermined by the audio tape. For example, Archer's complaint alleges that, "When Archer opened the door, officers and others flooded in, throwing the warrant at her without giving her an opportunity to read it."

"This allegation is untrue and frivolous," write lawyers for two of the defendants--investigators David Budde and Robert Stelter--in their response to Archer's suit. The recording shows that the warrant was both handed to Archer and read aloud to her by Weiss. Weiss has been working on political corruption cases for many years; he also prosecuted the "Caucus Scandal" in the early 2000s, which brought down political leaders from both parties for misconduct in office.

"You wanna grab a seat here and I'll read you this warrant,?" asks Weiss at 3:56 in the recording, in a kindly voice. "We are executing a search warrant on your house. I’m going to read it to you and give you a copy, OK?," Weiss said, before reading it aloud to her aloud for nearly six minutes.

Archer's suit alleges that "Out of fear and intimidation, Archer agreed to answer their questions and to cooperate with their wishes. No one informed her that she had a constitutional right to remain silent and the right to an attorney."

"The audio recording, including at 29:00 (reading Archer her Miranda rights), shows that these allegations are untrue and frivolous," Budde and Stelter respond. According to the audio, Weiss told Archer, "I'd like to read you your rights," and then gave her a Miranda warning letting her know that "you don't have to talk to me, you do have the right to remain silent."

Archer was told she could have a lawyer present during questioning, and could stop answering questions at any time.

"Realizing you have these rights, are you willing to talk with me now?" Weiss asked. "Yes," says Archer.

Likewise, the National Review claimed that prosecutors "wouldn't let her speak with a lawyer," a claim repeated by justices on the Wisconsin Supreme Court. Yet at the 9:30 mark of the tape, while being informed of the John Doe secrecy order, Archer is told that she can, in fact, discuss the search warrant with her attorney.

"The officers, including Stelter, informed Archer that they intended to question her during the raid. At that point, Archer reached for her cigarettes, and the officers screamed at her and forbade her from leaving the residence, even for a brief period to smoke a cigarette," Archer alleged in her suit.

The tape shows Archer was allowed to go outside to smoke at least twice (and prosecutors say Stelter wasn't even present during the search). At 10:57, Archer asks to go outside and have a cigarette. "OK," Weiss replies, and also lets her get a coffee. At the 15:00 mark, investigators go outside with Archer as she smokes, and chat about her dogs. About an hour later, at 1:21:00, Archer again asks to smoke: "I need thirty seconds to smoke a cigarette," she asks. "You've earned it," Weiss replies. "I have to come with you though."

"They attempted to seize her partner’s computer and cell phone despite having no authority in the warrant to seize her possessions," Archer alleges in her suit.

"The audio recording at 12:55 (expressing no need for Archer’s partner’s cell phone) shows that this allegation is untrue and frivolous," write Budde and Stelter in response. On the recording, Weiss tells Archer's partner, "if there is a way to differentiate between your phone and Cindy’s phone we can take care of that." The search record also shows that only one cell phone was collected.

"They left items Archer inherited from her mother strewn about the basement floor after emptying a cabinet. They left messes in other cabinets. Their purpose was to humiliate Archer," she alleges, an allegation also noted in the National Review article.

Turns out there are pictures. "The exit photographs contained in Exhibit 20 show that these allegations are untrue and frivolous," Budde and Stelter write in their reply brief.

Some of Archer's claims are corroborated by the recording. She did answer the door with no clothes on and rushed to get dressed, her partner was showering when the agents arrived at her front door, and she was extremely worried for her dogs.

The audio also reveals Archer's strong faith in the integrity of her boss, Scott Walker, although she said she was "devastated," because one week prior, Walker's then-Chief of Staff Keith Gilkes had unceremoniously and unexpectedly forced her out of Walker's administration. (1:25:00, 2:24:40).

Archer later told investigators, "I was as shocked when [Keith Gilkes] came and told me about my job, as when you came to the door today." (2:27:54.)

"It is just too coincidental," she said, describing her demotion just one week before the FBI search. Referring to Walker's office, Archer said, "They don't want anything that is going to damage them."

Listen to the audio recording of the search: