Scott Walker’s CPAC Stumble is the Tip of the ISISberg 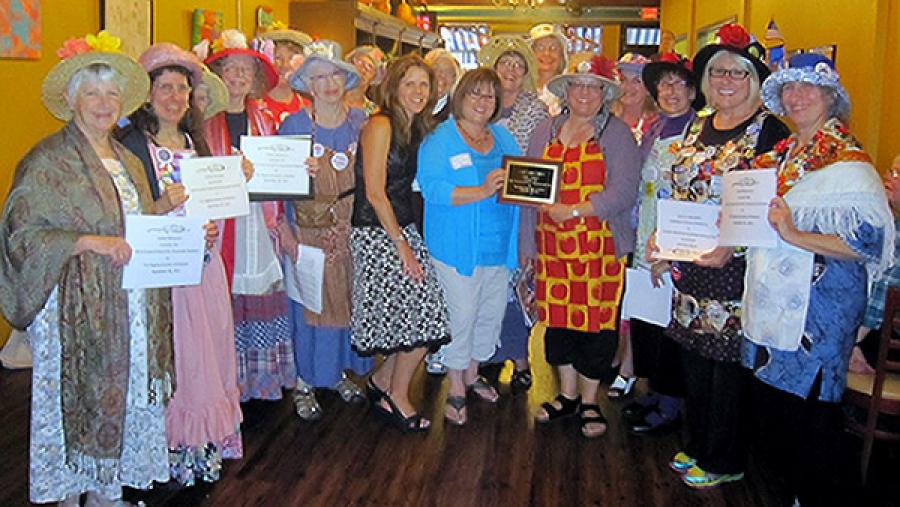 This past December, an old Milwaukee County document turned up with Gov. Scott Walker's name on it congratulating a Jewish group on the holiday of Hanukkah with the closing word, “Molotov.”

Walker's error led to spirited strong liquor seasonal toasts of “Molotov” in Wisconsin and some shaking of heads at the malapropisms and sometimes wanton abuse of language rampant in Wisconsin today.

The nation got a taste of that—but only a taste—on Thursday, when Walker, now leading the Republican presidential nomination field, told a crowd that the peaceful 2011 Uprising against his collective bargaining ban could be compared to responding as a commander in chief to the decapitations and rogue Islamic fury of ISIS. Wisconsin's Raging Grannies—who indeed were (unconstitutionally, by the way) arrested at the Wisconsin State Capitol for singing without a permit—now stood menacingly in league with “Jihadi John.”

There is much more for the American public to learn about Walker. Indeed, the comical substitution of flaming gasoline or Bolshevism for a semitic salutation begins to look more like Freudian slip than a secretarial goof.

Consider the scene in Wisconsin's State Capitol Rotunda on September 10, 2012. On the day before the 11th anniversary of the worst terrorist act on U.S. soil, Walker's former chief bodyguard David Erwin, who had recently been appointed chief of the Capitol police, declared to Wisconsin Reporter that lunch hour sing-alongs in the Rotunda were "terrorizing" the public. The next day, Patriot's Day, the MacIver Institute published its own interview with Erwin, in which he added that the sing along protests could lead to closing down the Capitol.

Like Walker's ISIS comments, the governor's former body guard intentionally linked peaceful Wisconsin protestors and 9/11 terrorism. But national and local media skipped over the innuendo. The Walker Administration later let loose with more than 100 dramatic, handcuffed arrests of singers, including an octogenarian, a 14 year old, a local radio personality and the Raging Grannies.

At one sing along, police singled-out and chased after a black protestor who declined to put away a camera, wrestled with him on the floor and charged him with resisting arrest. Damon Terrell was still in jail days later, on the 50th Anniversary of the March on Washington, because the Walker Administration was so threatened by song that it wanted to send a message. At the same time, the Administration deployed in the Rotunda a long range acoustic weapon of the type that had been used by the U.S. military to disrupt Somali pirates. Such is Scott Walker's commander in chief experience.

After two years and hundreds of thousands of dollars in wasted taxpayer money, the Administration only this month dropped its appeals of more than a dozen judges' rulings that the arrests had been unconstitutional. In a little-noted opinion, federal district court Judge William Conley at one point enjoined enforcement of the Walker Administration Capitol permit policy and highlighted how the Administration's policies could subject to arrest even “a romantic civil union proposal... [in the proposer's] favorite spot, the Capitol rotunda.”

Walker's claim that 100,000 Wisconsin protestors gave him concrete experience that could help him wrestle with ISIS should also draw attention to Walker's notorious “Brian Williams-Bill O'Reilly moment”--the claim that he was accosted and endangered by a mob within days after announcing notorious Act 10, the bill that would end public sector sector collective bargaining.

It is undisputed that Walker toured a LaCrosse, WI factory on February 15, 2011. After the tour, wrote Walker, in an autobiography titled “Unintimidated,” “the state troopers saw that the protesters had physically blocked the entrance we had used to come onto the property. So they turned the squad car around and headed toward the other exit. We watched in disbelief as the throng of people rushed toward the second exit to block our path. As we tried to pull out, they surrounded the car and began beating on the windows and rocking the vehicle.

"Just as we extricated ourselves from their grip, a truck pulled up and blocked our path, playing a game of chicken with the troopers.”

There's just one problem with this picture. The threatening crowd behavior described by Walker didn't happen.

The Milwaukee Journal Sentinel's “Politifact” looked into the story in its December 23, 2013 column : “The title of Gov. Scott Walker’s new book is 'Unintimidated.' So, it makes sense that it would be filled with details about how he stood up against his opponents.”

But the investigative team could find no evidence whatsoever of the incident from journalists, recorded media, police reports. Nothing. Just a terse statement from the “dignitary protection unit”--i.e.the governors' bodyguards—that it happened.

Politifact wrote, “We searched for details about the La Crosse story, specifically that protesters blocked and rocked the car in which Walker was riding, and found nothing. We could not locate any news report from the time that indicated Walker himself was physically threatened in such a way.” The reporters noted that although Walker had colored in the story in an interview with evangelist Pat Robertson, he began to discount details with other reporters.

With Walker setting the tone and truthiness for Republican leadership in Wisconsin, a kind of a “9/11-ism” has grown up in the state: make your neighbor believe her neighbor is a threat. This week that approach took a noxious turn as the legislature took up Right to Work legislation. As emotional testimony in the Senate Labor and Government Affairs Committee reached a pitch on Tuesday, the Service Employees International Union tipped reporters that it would peacefully protest in the hearing room if Republicans refused to allow union members to complete their testimony.

Twenty-five minutes before the scheduled end to the hearing, with many Wisconsinites still waiting to testify, the committee chair, Republican Steve Nass, slammed the gavel. Taking a page from the Walker playbook, he declared that the hearing had to end early because the possibility of protest constituted “a credible threat.”

(Disclosure: this hack fiddle player has participated in that Smithsonian-celebrated, peaceful “Solidarity Sing Along.”)