- by Matthew Rothschild, The Progressive 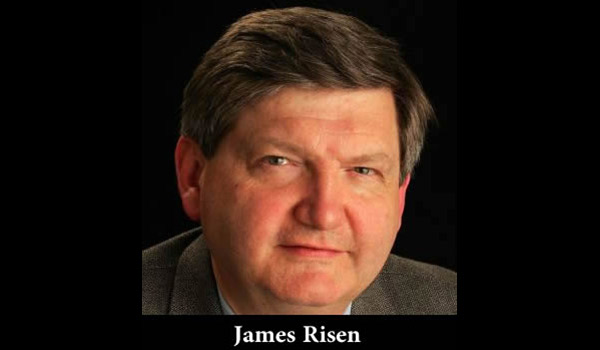 The Supreme Court just refused to hear an appeal by James Risen, The New York Times reporter who has asserted his reporter’s privilege not to testify about a source. As a result, he could be cited for contempt of court and then jailed.

“I will continue to fight,” Risen said in a statement.

In Risen’s 2006 book, “State of War: The Secret History of the CIA and the Bush Administration,” he wrote about a botched CIA plan to give bogus nuclear weapons blueprints to the Iranians.

The U.S. government alleges that the source was Jeffrey Sterling, a former CIA employee, whom the Justice Department is prosecuting under the 1917 Espionage Act.

Risen refuses to release information about his source.

This puts Risen is in a box, and it’s up to the Justice Department whether it will allow him to get out it.

“The ball is now in the government's court,” Joel Kurtzberg, an attorney for Risen, told the AP. “It can elect to proceed in the Sterling trial without Jim's testimony if it wants to. If they insist on his testimony and Jim refuses to testify, the court will need to have a hearing to determine if Jim is in contempt and, if so, what the consequence of that will be.”

Last week, Attorney General Eric Holder hinted that he wouldn’t demand jail time for Risen. He told a group of journalists: “As long as I'm attorney general, no reporter who is doing his job is going to go to jail.”

While that was reassuring for Risen’s supporters, Holder could say that Risen wasn’t “doing his job.” Or Holder could ask the court to slap a fine on Risen for every day that he refuses to talk.

In any event, the precedent set in this case will apply long after Holder is attorney general.

The article originally appeared at The Progressive.