MADISON – The Center for Media and Democracy (CMD) today denounced false claims filed in federal court by Eric O'Keefe and Wisconsin Club for Growth (WCFG) who are seeking to derail a bipartisan, multi-county criminal investigation into their electoral activities. 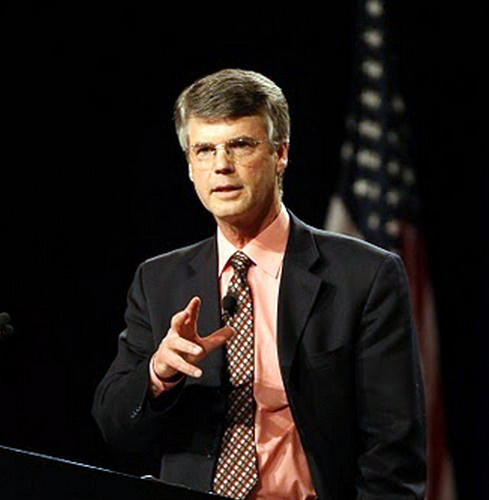 "Eric O'Keefe and WCFG have misled a federal court with false claims about CMD in their effort to thwart a criminal investigation into their activities during the 2011-2012 recall elections in Wisconsin," said CMD's Executive Director Lisa Graves, former Deputy Assistant Attorney General at the U.S. Department of Justice. "The legal complaint of O'Keefe/WCFG demonstrates a reckless disregard for the truth and defames our investigative watchdog group," she noted, adding: "Their claim of selective prosecution, which suggests that CMD should be subject to criminal prosecution, is injurious and based on manufactured falsehoods."

Graves believes CMD has been targeted as part of an effort to discredit the organization and its thoroughly documented investigative reporting about O'Keefe/WCFG, Citizens for a Strong America, David Koch's Americans for Prosperity and other groups. CMD/PRWatch will not be intimidated by these smears or stop reporting on these issues.

In the complaint, signed under penalty of perjury and filed on February 10:

Lead attorney David Rivkin, who is best known for his previous defense of Bush Administration torture policies, has been hired to represent O'Keefe/WCFG and filed the complaint. The federal filing is predicated in part on the suggestion that county prosecutors violated O'Keefe/WCFG's civil rights by selectively prosecuting them while failing to prosecute CMD. "I hope the court will consider imposing Rule 11 penalties against the attorneys for making false claims," said Graves.

With the cascading news leaks about the John Doe, apparently from subpoenaed parties in the case and with important decisions of campaign finance law being discussed, CMD urges the John Doe judges to consider opening up proceedings as much as possible to the press and public so that citizens, election and non-profit law experts, and others can better understand the legal policies at stake. CMD also urges the John Doe judges to consider releasing as many documents as possible to the public, especially due to the fact that O'Keefe/WCFG have sought to distort public opinion through selective and self-serving leaks.

CMD has reported on the "dark money shell game" that O'Keefe/WCFG engaged in during the 2012 elections, and on the close ties between O'Keefe/WCFG and right-wing outlets writing about the John Doe, such as the Franklin Center for Government and Public Integrity and its "Wisconsin Reporter," which was founded and has been funded by O'Keefe and his allies: