Bills in Congress Crackdown on Whistleblowers 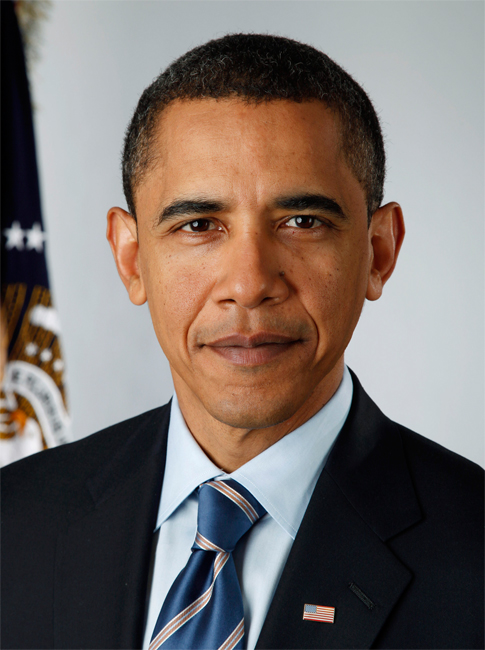 President Obama was elected on a platform that included promises for increased transparency and openness in government. Despite this rhetoric, Obama has prosecuted more whistleblowers than any administration in history and overseen the massive growth of the NSA's surveillance apparatus. In November, the Senate (S. 1681) and House (H.R. 3381) Intelligence Committees each released their own version of the "Intelligence Authorization Act for Fiscal Year 2014."

This was an opportunity for Congressional leadership to address one of the defining issues of our time and either take a stand for increased transparency or continue down an Orwellian path of pervasive secrecy. A review of each chamber's proposed legislation demonstrates that "1984" is the future.

The bills contain provisions which will intensify efforts to stop whistleblowers or "insider threats," no doubt inspired by Edward Snowden and his release of sensitive NSA documents. The House version of the funding bill provides $75 million of increased funding specifically for classified information protection. According to Tom Devine, Legal Director of the Government Accountability Project, "the 'insider threat' program is a cover for a witch hunt of whistleblowers."

In a purported effort to demonstrate support for the principles of openness and transparency, the House and Senate Intelligence Committee bills will provide protections for "legitimate" whistleblowers. But the committees believe legitimacy in whistleblowing is not due to the accuracy of the information disclosed, how much harm it spares the American people, or how much it benefits the democratic process, but rather whether or not the information is reported to proper authorities, such as "lawmakers, inspectors general and intelligence community leaders."

Notably missing from this list is the media, and history shows that whistleblowers who do use "proper channels" first are rarely rewarded.

Media Is a Legitimate Conduit for Whistleblowers

What the Intelligence Committees propose to protect in this legislation is a watered-down version of whistleblowing. The Government Accountability Project created a composite definition of whistleblowing based on state, federal and international cases, which states that "whistleblowers speak out to parties that can influence and rectify the situation. These parties include the media, organizational managers, hotlines, or Congressional members/staff, to name a few."

Regarding Edward Snowden's decision to forego internal reporting channels and release classified NSA documents directly to the media, the Government Accountability Project commented, "By communicating with the press, Snowden used the safest channel available to him to inform the public of wrongdoing. Nonetheless, government officials have been critical of him for not using internal agency channels -- the same channels that have repeatedly failed to protect whistleblowers from reprisal in the past."

Looking back to some of the more notable cases of whistleblowers who tried to use these "legitimate channels," it becomes apparent that the protections for whistleblowers will not result in corrections of mismanagement or greater respect for civil liberties.

Former NSA employee Thomas Drake worked on the data collection program ThinThread, which was minimally invasive to American's privacy and was cost efficient. ThinThread was an NSA counter-terrorism program developed during the 1990s for surveillance of phone and email that featured automatic encryption mechanisms in order to protect privacy rights. The encryption features would hide sensitive email and phone data from NSA analysts until a threat was identified, at which time the information would be decrypted. ThinThread was never used by the NSA because NSA Director Gen. Michael V. Hayden chose a more invasive and expensive program named Trailblazer instead. This program also monitored phone and email data, but did not include the same privacy protection features as ThinThread.

Alarmed about the damage that Trailblazer would do to the 4th Amendment, Drake reported his concerns to various superiors within the government, including his direct superiors at the NSA, the NSA Inspector General, the Defense Department Inspector General, and both the House and Senate Intelligence Committees.

Despite these efforts, Drake's concerns were ignored and development of Trailblazer continued for several years, until it was cancelled when Hayden admitted that the program was far too expensive. In return for doing his duty and protecting the rights of Americans to be free from unwarranted surveillance, Drake was marginalized and transferred to work on menial projects.

At this point, Drake felt he had no option but to disclose unclassified information to Baltimore Sun reporter Siobhan Gorman regarding the data collection programs. President Obama and Attorney General Eric Holder responded by investigating Drake for violations of the Espionage Act, which was created to prosecute spies, not those who report government misconduct.

In 2010, Pfc. Chelsea Manning (formerly known as Bradley Manning) was working as an intelligence analyst in Iraq. He was tasked with helping the Iraqi police find insurgents attempting to destabilize the fragile government and attack American forces. In the course of his work, he came across "anti-Iraqi literature" that resulted in the detention of several Iraqis. He discovered that it was not the work of terrorists, but a scholarly critique of the corruption in the Al-Maliki government.

Manning brought his concerns to the attention of his superiors, but was told to keep quiet and help the Iraqi police find more people who had committed similar "crimes." In his chat logs with Adrian Lammo, the hacker who turned him over to the US authorities, Manning described his concern for innocent Iraqis and his frustration with his superiors' dismissive attitudes as a primary motivation for leaking diplomatic cables to Wikileaks.

Also in 2010, Shamai Leibowitz, a translator with the FBI, released classified documents to blogger Richard Silverstein. The documents were mostly transcripts of wiretaps from the Israeli Embassy in Washington. Leibowitz believed that Israel was too aggressive in its efforts to push the American government toward military action against Iran. He claims he brought his concerns to his superiors, "who did nothing about them."

After witnessing appalling delinquency at Arlington National Cemetery, including mishandled remains and mismarked graves, Defense Department Contractor Gina Grey registered her complaints using the proper internal channels. She was fired two days after reporting these problems to the commanding general of the Military District of Washington. Despite findings by the Pentagon Inspector General that the Army "elected to terminate her, rather than make a reasonable effort to address public affairs policy issues that she raised," her termination was upheld by Army Secretary John McHugh, and she received no compensation. She told the Washington Post's Dana Milbank, "I went all the way up the channels... This is what happens when you do that."

In each of these instances, employees within the government saw serious violations of legal codes and basic human rights. They were motivated not by a desire to destroy the American government, but by a desire to help it abide by its own laws. However, the institutional pressures on their superiors resulted in dismissive attitudes and retaliation instead of the investigations and remedies that whistleblower protection requires. They were only driven to divulge important information of government misconduct after the "legitimate channels" were exhausted.

These House and Senate versions of the Intelligence Authorization Act are currently under consideration by each chamber. This history of failure to protect legitimate whistleblowers indicates that it is time to increase protections for whistleblowers -- who need to provide information to the media and watchdog groups as a last resort -- not pull the rug out from under them.

Out of respect for Chelsea's true identity, the author should use feminine pronouns when referencing her in the article.
A number of years ago, the IRS instituted new requirements for non-profits filing form IRS 990. We are now required to have standing policies governing executive compensation, public disclosure of information, conflict of interest, document destruction and retention, and WHISTLEBLOWERS! The policy for whistleblowers includes a provision for non-retaliation. If our government and for-profit corporations decline to comply with such basic ethical policies, why on earth should any non-profit be expected to comply? It seems to me that it is just another version of "don't ask and don't tell" or "don't snitch". Just another example of the rules do not apply to everyone.
You're forgetting that, ever since 9/11, our government can justify anything as long they tie it to the war on terror.