You might use nanotechnology in the sunscreens you squirt or lather on your kids. You might lick your lips and taste it in your favorite lip-gloss. You might even eat it in your Jell-O pudding. But is it safe?

"Before you can do a risk assessment, you have to be able to do an exposure assessment and a toxicity assessment," says Consumers Union senior scientist Michael Hansen. "And they really can't be done yet with nanoparticles. So it makes doing a risk assessment really hard. And there is increasing evidence that particles at the nanoscale can have more of a toxic effect. And that shouldn't be surprising." 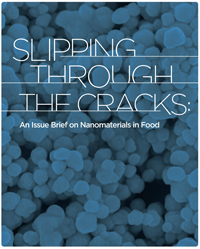 A nanoparticle is a tiny particle that can be measured in nanometers -- a billionth of a meter. To put that in perspective, the width of a human hair is about 100,000 nanometers. Nanotechnology can do a lot of cool tricks -- from creating paints that reduce air pollution to improving top of the line camera lenses. But sometimes it shows up in places where it might do more harm than good.

A common substance like silver takes on different properties at the nano scale. According to Hansen, the reason why nanoparticles act differently from their larger counterparts has a lot to do with surface area.

A tiny nanoparticle -- or millions of them -- have much more surface area than the same amount of material in non-nano form. This gives them much more opportunity to react with other molecules around them. So whereas your silver necklace might not kill the germs around your neck, nanosilver is antibacterial.

Where To Find Nano

You can already find nanoparticles in a host of consumer products. Nanosilver is a popular addition to antibacterial socks and other clothing, bed sheets, and even washing machines. In other countries, you can even find it in toothpaste. (You're brushing your teeth because you want to kill the germs in your mouth, right?) 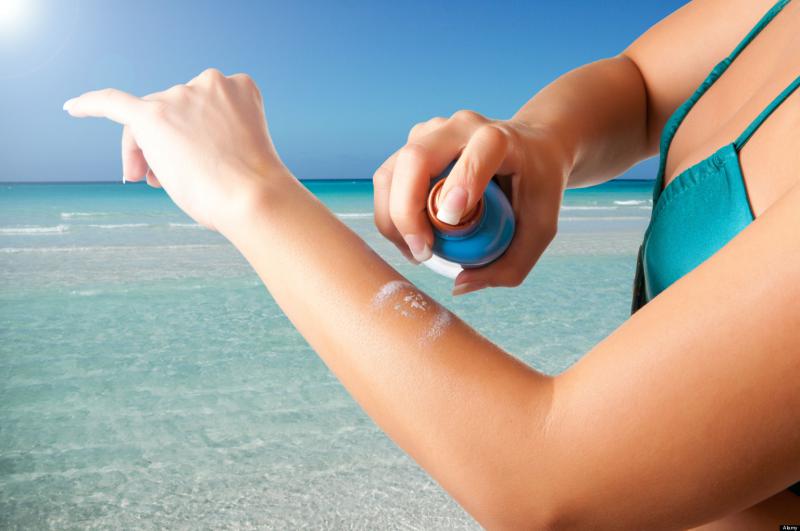 You'll commonly find nano-sized zinc oxide or titanium dioxide in sunscreen from common brands like Coppertone and Banana Boat. In extreme cases of corporate chutzpah, you'll even find them in so-called "natural" sunscreen products like Burt's Bees Chemical Free Sunscreen. Titanium dioxide normally has a white pigment, but the nanoparticles allow the sunscreen to go on without turning your skin white.

And if slathering nano titanium dioxide all over your skin ain't enough, you can even eat it. You might have already done so without knowing it, since it's found in common brands like M&Ms, Jello, Kool Aid, Mentos, and Coffee Mate. As You Sow tested doughnuts from Dunkin' Donuts and Hostess and found nano-sized titanium dioxide that was used as a coloring agent in the powdered sugar coating.

Nanoparticles even pop up in cookware, food packaging, and cosmetics. The food packaging of the future could use nanotechnology to change color if the food goes bad. And scientists are practically doing backflips over the possible uses of carbon nanotubes.

Nanotechnology can clearly bring us some neat, new products, like socks that never stink. But is it safe?

By and large, nobody knows. But some studies show alarming results.

Take nanosilver, for example. When it's used in clothing, it leaches out into wastewater. Even following the treatment of wastewater it enters the environment as effluent or sewage sludge. In waterways, it's highly toxic to aquatic life.

Sewage sludge, on the other hand, may be used in agriculture, where the nanosilver stifles microbial activity in the soil. One study found that nanosilver in soil resulted in excess emissions of nitrous oxide, a greenhouse gas that is 296 times more potent than carbon dioxide.

But even before making its way into the environment, the nanosilver can impact humans who use products that contain it. One study found that it is toxic to human stem cells, another found that it was a nerve cell toxicant, and a third found that it interferes with DNA replication.

Nanosilver is not unique. Other nanoparticles have raised alarms too, such as carbon nanotubes that can act like asbestos when inhaled into the lungs, or nano titanium dioxide that causes DNA damage in mice. Hansen also worries that nanosized silica dioxide could result in autoimmune diseases.

In the case of sunscreens, Environmental Working Group concluded that nanoparticles in sunscreens typically do not penetrate your skin. However, they recommend avoiding powder or spray-on sunscreens that use nanotechnology, because inhaling nanoparticles into your lungs is bad news. They note, "The International Agency for Research on Carcinogens has classified titanium dioxide as a 'possible carcinogen' when inhaled in high doses."

Let's Not "Inhibit Innovation" With Regulation

Unlike some other applications of nanotechnology, the U.S. government actually has a mechanism in place to regulate nanosilver: the Federal Insecticide Fungicide and Rodenticide Act. But a March 2011 memo from the Office of Management and Budget told federal agencies, "Regulation and oversight should avoid unjustifiably inhibiting innovation, stigmatizing new technologies, or creating trade barriers."

That year, the EPA gave the green light to a Swiss company, HeiQ, to use nanosilver as a pesticide in textiles, allowing them to make products like antibacterial sheets and pillowcases. Specifically, the EPA granted a "conditional registration." That means: Go ahead and sell your product now, but do the safety testing later.

How about the U.S. Food and Drug Administration (FDA)? Are there any rules on whether nanoparticles belong in our food? In 2010, the FDA issued a draft guidance that simply defines nanotechnology. And even that definition is non-binding, as the document states that it does not "establish legally enforceable responsibilities" and "should be viewed only as recommendations." If a chemical is "generally recognized as safe" to put in food by the FDA, then the nano version of it is allowed too. And it does not need to be labeled.

Europe, on the other hand, began requiring labeling of nanomaterials in food as of 2011. "They are just so quick about it whereas we just drag our heels," says Andrew Behar of As You Sow. "If they see something that potentially has a problem, they say, 'Stop, look at it.' It's impressive what Europe has done."

Without labeling on this side of the Atlantic, those who wish to avoid nanoparticles in their food will have to buy organic.

The U.S. government is holding a meeting on managing risk in nanotechnology this September. Don't hold your breath that the immediate outcome will be any actual regulations or binding rules.

As Hansen puts it, "The bottom line is size does matter. They should all be required to go through safety assessments. And we don't know at this point. That's why the sooner we know, the better. That's why there should be labeling."

If you want to take action, the Campaign for Safe Cosmetics has a campaign to label nanomaterials in cosmetics (including sunscreen) and you can sign their petition here.

Jill Richardson is the founder of the blog "La Vida Locavore" and a member of the Organic Consumers Association policy advisory board. She is the author of Recipe for America: Why Our Food System Is Broken and What We Can Do to Fix It. She is a PRWatch guest contributor.