The Steubenville Case: Social Media Plays Role in the Prosecution of a Rape Case | PR Watch

The Steubenville Case: Social Media Plays Role in the Prosecution of a Rape Case

From the outset of the now widely publicized Steubenville rape case, social media has played an integral role in the local grassroots action, growing media buzz, and prosecution. Local bloggers and Internet activists helped bring the case to national attention.

On the night of August 11, 2012, a 16-year-old girl, reportedly drunk and unconscious, was carried from party to party packed with high-schoolers. In various stages of undress, she was displayed for photos and videos and sexually assaulted by some of those present. The victim reports that she was unaware of what happened to her until those involved and witnesses contacted her the next day and she began to see photos and images. When two of the attackers were arrested later that month, local crime blogger Alexandria Goddard picked up the story and applied her social media sleuthing skills to gathering and archiving materials she worried would be destroyed. 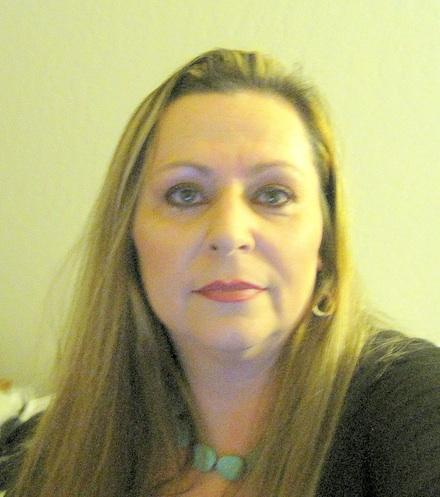 Goddard, who specializes in creating social media profiles for parents interested in their kids' Internet activity and online safety, compiled evidence in the form of screenshots from the Facebook, Twitter, and Instagram pages of those present the night of the crime. She posted all of the information she gathered on her blog, Prinniefied.com, which surged with online traffic.

Heinous tweets made by one boy present who referred to the unconscious victim as a "dead body" who deserved to be urinated upon stirred outrage.

"It is one thing to hear the rumors," said Goddard in a post about her experience reporting on the case, "But I think when people actually saw the tweets, and the vile things that were said with their own eyes, it really drove home just how disgusting the behavior of these kids was that night."

Her blog became the hub for a nexus of online activists that focused on the Steubenville rape case. Frustrated with the uncooperative group of teenagers who had witnessed several events that night, with a football coach and a school system that failed to discipline the teens involved, and a small town environment where football is king, Goddard continued to post and publicized her many screenshots of lewd posts written by those involved in the rape the night of the attack. Her activities generated libel charges by one of the defendants, charges that were later dropped.

Prinniefied caught the attention of the online activist group Anonymous in December of 2012. A branch of Anonymous that focuses on sex crimes called KnightSec apparently hacked and released a video of teenage boys drunkenly ranting about raping the victim, which appeared to have occurred moments earlier. "They raped her more than the Duke lacrosse team!" "She is as dead as Trayvon Martin!" they shouted into the camera, as the victim lay unconscious in another room.

They created a web page "Local Leaks" as a forum for evidence, including the video and other hacked materials, regarding the case and community leaders and labeled the page "The Steubenville Files."

Joined by a local activist group called "Occupy Steubenville" that donned Guy Fawkes masks and staged large protests outside of the Steubenville courthouse, the grassroots effort to publicize the case finally got the national media's full attention. By the time the case against the two boys came to a close, with guilty verdicts against the defendants, every major news channel was waiting on the courthouse steps. CNN's coverage which appeared to mourn the ruined lives of the young convicted rapists stirred further outrage and protest.

This case may not be over. Ohio Attorney General Mike DeWine announced this week that because 16 members of the community refuse to give evidence, he may have to convene a grand jury to look into the role of other students, school officials, coaches, parents and more.

While there is no doubt that social media played an important role in the prosecution and publicity surrounding the case, these same factors may make it harder for the victim to move on from the very public exposure of a terrible night in her young life. Let's hope that is not the case.

This article was updated to reflect the fact that a lawsuit against Goddard by one of the players was dropped.

I really liked your article! I liked the intro you made, it made a connection about people today. I really wanted to do an article review on this topic for my current affairs class and this helped me out a lot. Keep up the good work!
If you want to be taken seriously as a journalist , do your research. The defamation case was dismissed. My God stop and think before you publish , is it true, is it helpful and is there anything missed?
If you want to be taken seriously as a commenter, telling the writer to "do your research" when you don't specify what you think is wrong with the article accomplishes nothing.
WTF does that have to do with the rape/sexual assault case? Perhaps you think the meaning of "defamation" is some fancy definition for the word "rape"? Because that would certainly be in keeping with the small-town attitude described. A place where learning simple English in school takes a back seat to the football program -- 'FOOTBALL! We bad'
DemocracyNow! has done some great coverage of this issue also, FYI. Thanks for this article. The social media problems with slandering people is huge. If people start to get charged and sentenced with criminal behavior who use this to hurt others, perhaps this will start to let up? Just not sure, but sure shows that this really gets people stirred up if they have the info in front of them.