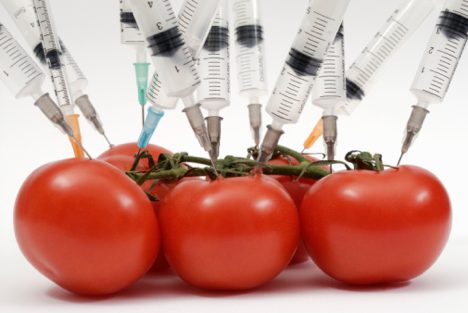 California Proposition 37 to label foods containing genetically modified organisms (GMOs) is up for a vote on Tuesday, November 6. It enjoyed broad popular support as of September, with a USC Dornsife/Los Angeles Times poll showing support by 61 percent of registered voters.

But in the two weeks following that poll, support dropped to 48 percent, according to a poll done by Pepperdine University School of Public Policy and the California Business Roundtable.

What explains the 13 point slide?

Between one poll and the next, voters saw the start of what the Los Angeles Times called a "major television advertising blitz by opponents aimed at changing voters' minds on the issue."

How big of an advertising blitz? $41 million in campaign contributions have been made to the "No on 37" campaign, according to the Los Angeles Times. The campaign paid Winner & Mandabach Campaigns, a political campaign management and advertising firm specializing solely in ballot measures, $14.7 million for "TV or cable airtime and production costs" in September.

Mark Bittman writes in a New York Times op-ed, "By some accounts the 'no' advocates are spending $1 million a day." 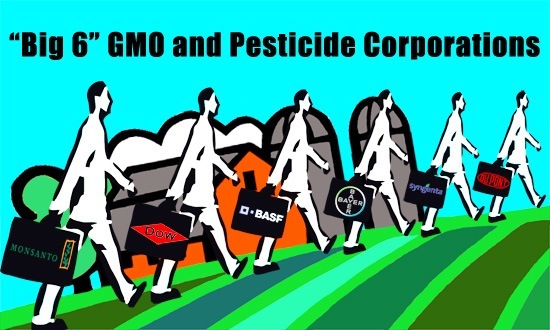 Among the campaign's largest funders are the "Big 6" GMO and pesticide corporations: BASF, Bayer, Dupont, Dow Chemical Company, Syngenta, and Monsanto (see the chart below this article). These six corporations dominate the world's seed, pesticide and genetic engineering (GE) industries. Collectively they have contributed more than $20 million to oppose the labeling measure.

The most effective ad run by the opposition campaign, according to "Yes on 37" spokesperson Stacy Malkan, features Henry I. Miller telling voters that Prop 37 "doesn't make sense." It misleads voters by spinning the law's logical labeling exemptions into "arbitrary" "special interest" loopholes that allegedly result in an "illogical" and "ill-conceived" law.

For instance, the ad discusses exemptions for animal products, but currently there are no genetically modified cows, pigs, or chickens on the market.

According to the Earth Island Journal, spinning the law's exemptions into a major issue makes "a snazzy sound bite, ... no doubt informed by the No campaign's polling and focus group findings that show this is a wedge issue. But it's a strawman argument and fundamentally misleading." The article points out "the holes in the loophole argument" one by one.

Who is Henry Miller?

The ad originally listed campaign spokesperson Miller as "M.D., Stanford" and showed Stanford University buildings in the background. The campaign had to pull that version off the air at the request of Stanford University and re-do it because "the Stanford ID on the screen appeared to violate the university's policy against use of the Stanford name by consultants," according to the Los Angeles Times. 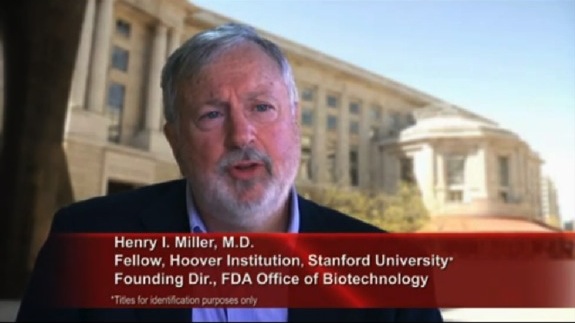 Miller is a senior research fellow at the Hoover Institution, a conservative think tank housed on the Stanford campus. Prior to joining Hoover, Miller worked for 15 years at the U.S. Food and Drug Administration (FDA), where he was an outspoken advocate of agricultural biotechnology, including GMOs. Miller was the founding director of the FDA Office of Biotechnology, from 1989-1994.

What Miller is most notorious for are his unusual public positions. In 2003, Miller penned an op-ed for the New York Times defending DDT and arguing for its resurrection. This prompted a U.S. Centers for Disease Control and Prevention (CDC) response pointing out the estimated "increase in infant deaths that might result from DDT spraying."

Miller was also a founding member scientist of The Advancement of Sound Science Coalition, a now-defunct, tobacco industry-funded public relations front group run by the APCO Worldwide PR firm that worked to discredit the links between cigarettes and cancer.

Perhaps most outrageously, Miller wrote in a 2011 op-ed for Forbes that some of those exposed to radiation after the damage to the Fukushima Daiichi nuclear power plant "could have actually benefitted from it."

So it is unsurprising that Miller penned a Forbes op-ed on GMO labeling this week suggesting that it is the supporters of GMO labeling who are engaged in "no-holds-barred advocacy ... to disparage farming methods and promulgate fraudulent health claims about the foods we eat."

Behind the Money is the Right to Know

In these big dollar proposition campaigns, voters in California are often subject to a great deal of misinformation. As CMD has reported, a proposition on the California ballot in June dropped 17 points in the polls and was defeated after a $47 million misleading ad campaign by the tobacco industry.

On election day, voters in California are challenged to sift the wheat from the chaff to decide if they want to join 61 nations in enjoying the right to know if their food contains GMOs.

"No on 37" Campaign Funding

As a member of an Australian parliamentary committee investigating the merits and disadvantages of GM crops I visited Washington and spoke to many officials including the then Biotechnology Coordinator of the FDA Jim Maryanski. Mr Maryanski claimed that there were adequate buffers to prevent the intermingling of crops modified to produce pharmaceuticals like insulin or hormones used in hormone replacement therapies. However, at arriving back at my hotel I picked up the Washington Post and read that a load of grain modified to cause clotting of blood was accidentally delivered to silos containing grain for bread making. If that grain had got to consumers many Americans could have died agonising deaths. Mr Maryanski also confirmed that studies on the safety of GE (genetically engineered) foods were carried out by the proponent not the FDA. What the FDA did to verify the safety of novel GM protein was to look at the shape of the new protein molecules to see if they were a "similar shape" to natural non toxic proteins. I pointed out to Mr Maryanski that potatoes, eggplant peppers and tomatoes are all from the family solanaceae closely related to deadly nightshade. However the worst problem with the growing of many genetically modified crops is that it means that consumers will not be able to get non-GE foods because of contamination. The pedigree seed growers told our committee that they could not provide non GE seed unless farmers accepted up to 9% contamination. In addition the onus is on the non-GE growers to prove the purity of their crops rather than being on the GE grower to prevent contamination of nearby farms. This pushes costs on the non GE growers making them less financially competitive. This is why many farmers have been forced to grow GE. Representatives of both US and Canadian farmers told the committee that they wished GE had never been introduced.