"As a Los Angeles county prosecutor, Vincent Bugliosi batted a thousand in murder cases: 21 trials, 21 convictions, including the Charles Manson case in 1971. As an author, Mr. Bugliosi has written three No. 1 best sellers and won three Edgar Allan Poe awards, the top honor for crime writers. More than 30 years ago he co-wrote the best seller Helter Skelter, about the Manson case. ... [H]is latest, a polemic with the provocative title The Prosecution of George W.

Sheldon Rampton and I could see it coming soon after the Democrats took control of the Congress in 2007. In March, 2007 we pointed out that Speaker Nancy Pelosi, with the support of MoveOn, was advancing legislation that would fund the war in Iraq while giving Democrats PR cover, allowing them to posture against it while the bloody, brutal occupation of Iraq continues. We were attacked at the time by Democratic partisans, but unfortunately our analysis has proven correct and today the war in Iraq is as much of an interminable quagmire as it was when the Democrats took control of the House and Senate in January 2007. 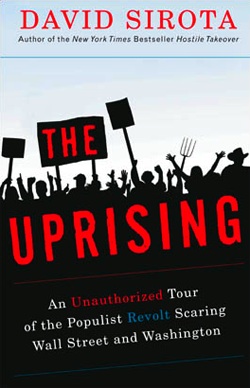 Democratic political activist, columnist and author David Sirota has also strongly condemned this failure of the Democrats and "The Players," DC's professional partisan insiders such as MoveOn. On May 24, 2007 he wrote: "Today America watched a Democratic Party kick them square in the teeth - all in order to continue the most unpopular war in a generation at the request of the most unpopular president in a generation at a time polls show a larger percentage of the public thinks America is going in the wrong direction than ever recorded in polling history. ... That will make May 24, 2007 a dark day generations to come will look back on - a day when Democrats in Washington not only continued a war they promised to end, but happily went on record declaring that they believe in their hearts that government's role is to ignore the will of the American people."

This month, more than a year later, the Democratic controlled Congress once again gave the Bush Administration funding to continue the Iraq war well into 2009. David Sirota now has a new book out: The Uprising: An Unauthorized Tour of the Populist Revolt Scaring Wall Street and Washington. In it he expands on his criticism of the Democratic Party and its partisan, professional antiwar activists in the leadership of MoveOn.

Sirota writes in his new book (page 82), "The absence of a full-throated antiwar uprising is tragic at a time when the country appears more skeptical of knee-jerk militarism than ever before. ...

The Pentagon is attempting to influence filmmakers and future movies depicting the U.S. conflict in Iraq.

This week the Senate and House finally came to agreement with the White House on a bill funding the Iraq war through 2009 that also contains billions in new domestic spending and the House approved a Medicare pay fix for physicians. Several other issues have been pushed to after the July 4th recess after Senate Republicans threw some sand in the gears: a single senator stopped the housing and mortgage crisis legislation and another group stopped the renewal of the global AIDS package. In both cases the Republicans wanted votes or other participation on bills that Senate Majority Leader Harry Reid was trying to quickly push through. Still, the Senate did manage to confirm five nominations to the currently inactive Federal Election Commission.

Four oil companies are in the final stage of contract negotiations to regain drilling rights in Iraq -- thirty-six years after they lost them.

"The U.S. military has long sought an agreement with Baghdad that gives American forces virtually unfettered freedom of action, casting into doubt the Bush administration's current claims that their demands are more limited," concludes the National Security Archive's analysis of recently declassified documents. 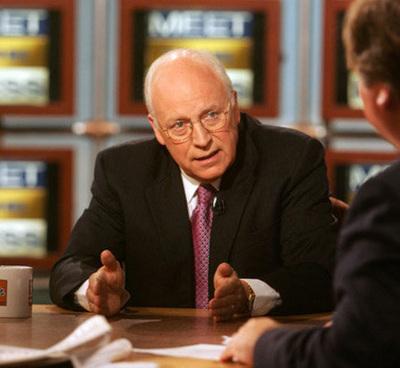 The Bush administration has long held that overly-aggressive interrogation methods used on detainees in Abu Ghraib and Guantanamo Bay were the work of a few "bad apples." Now, an investigation being conducted

NPR reports that "Barack Obama, exerting his new power as leader of his party, has told the Democratic National Committee (DNC) to eschew all contributions from Washington lobbyists and political action committees (PACs). ...

John Stodder has written the most interesting commentary I've seen from within the public relations industry about former Bush administration press secretary Scott McClellan's new book. It's interesting in part because Stodder is an interesting figure. For those who remember this sort of thing, he was one of two executives at the Fleishman-Hillard PR firm (the other was Douglas Dowie) who were convicted in May 2006 of multiple counts of conspiracy and fraud in a scheme to overbill the city of Los Angeles for public relations consulting services.