Color of Change has launched a campaign encouraging corporations that rely on business from African-Americans to stop funding the American Legislative Exchange Council (ALEC), which promotes voter ID legislation that suppresses the black vote.

The NAACP is calling the wave of Voter ID laws passed in 2011 a "coordinated and comprehensive assault" on the right to vote for people of color and the poor, singling out the American Legislative Exchange Council (ALEC) as the source of the outbreak. The organization is taking its case to the United Nations this week.

A new film from the Brave New Foundation outlines the role of the Koch-funded American Legislative Exchange Council in new voter suppression tactics; the Center for Media and Democracy is one of the voices featured in the film.

Through the corporate-funded American Legislative Exchange Council (ALEC), global corporations and state politicians vote behind closed doors to try to rewrite state and federal laws that govern your rights. The so-called "model bills" of this corporate bill mill -- which has been funded by Koch profits and other corporations -- reach into almost every area of American life, including the right to vote.

MADISON -- Wisconsin legislators heard Monday from the president of a group alleging the University of Wisconsin's admissions policies discriminates against whites. Students had protested when the group's report was first released in September, but on Monday they stayed out of the Assembly hearing to communicate to legislators there are more important issues facing the state.

MADISON -- The University of Wisconsin-Madison's race-conscious admissions policies amount to "severe racial discrimination," announced Center for Equal Opportunity (CEO) president Roger Clegg at a press conference Tuesday. As the event concluded, supporters of the university's diversity policies took over the conference room, and beneficiaries of the diversity policies Clegg attacked shared their experiences. 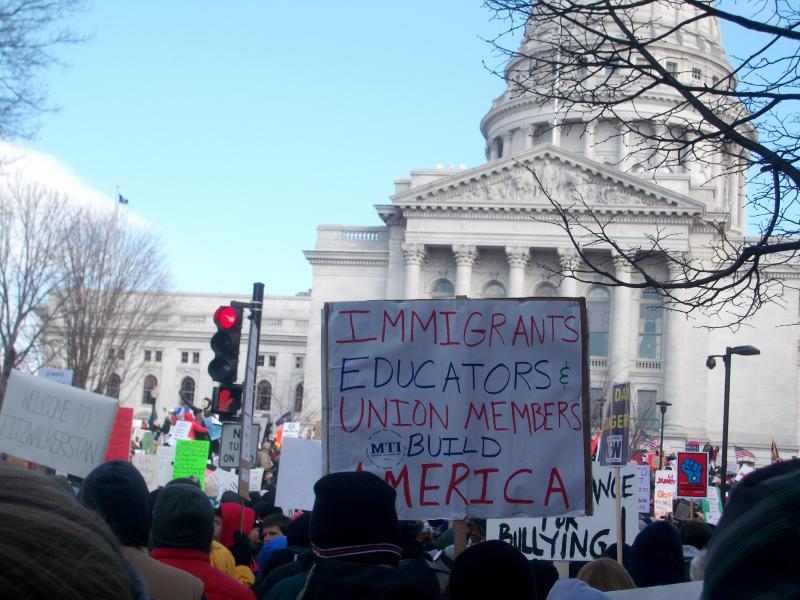