Taco Bell is facing a class-action lawsuit that charges the fast food chain wrongly advertises that its products contain "beef." The suit claims Taco Bell uses too little beef and too many fillers, binders and extenders in the meat mixture they use in their tacos and burritos, and that the mixture fails to meet the requirements set by the U.S. Department of Agriculture to be called "beef." Taco Bell denied the accusation and in response is running full-page print ads in big newspapers like USAToday, the Wall Street Journal, the New York Times and online in which the chain's president says "Plain ground beef tastes boring." 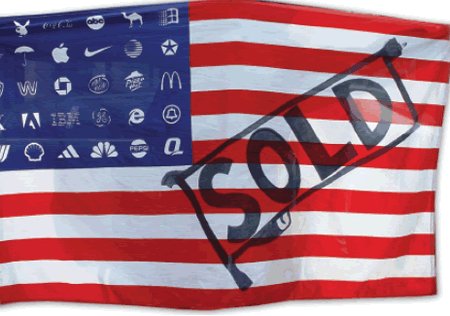 If you want to know how things really get done in Washington -- or don't get done, depending on the desires of America's corporate executives -- all you have to do is read a couple of paragraphs in a January 23 story in the Philadelphia Inquirer.

Reporter Joe DiStefano quotes a vice president at APCO Worldwide -- one of DC's most powerful and influential PR firms -- in response to questions about my book, Deadly Spin. Throughout the book, I disclose the previously secretive work APCO did for the health insurance industry to manipulate public opinion on health care reform, in part by trying to scare people away from a movie, Michael Moore's 2007 documentary "Sicko".

The surprising gem in the Inquirer piece was that APCO VP Bill Pierce essentially agreed with me. He acknowledged that interest-funded pressure groups "are all over the place" in Washington. "That's how everybody exists here," Pierce said.

The American Tort Reform Association, a front group for big chemical, tobacco, insurance, pharmaceutical and other companies whose products or pollution have been known to make people sick or kill them, has released its ninth annual "judicial hellholes" report which attacks judges and juries who hold their members accountable in court. This year's top "hellhole" is Philadelphia, which won in part due to its Complex Litigation Center, which was created exclusively to handle complex, mass tort cases like those regarding asbestos, hormone replacement therapy, nursing home litigation and suits against drugs like Avandia, Paxil, Phen-Fen and Risperdal. The Center's most recent cases involve pharmaceutical defendants who are being sued over birth control pills in the Yaz/Yazmin/Ocella mass tort. Plaintiffs allege that the pills caused injuries like pulmonary embolism, blood clots in the legs, heart attacks, strokes, gall bladder and kidney disease.

We hear it everywhere this election season. Candidates, ads and TV pundits say we have "too much big government!" Virtually any attempt to regulate or tax any industry is a government intrusion into our lives. Candidates say they want less government. What's up with this ubiquitous, anti-government theme?

The "Government intrusion" argument is a powerful propaganda theme that has been around for a long time, and one that big businesses often use to manipulate public opinion. As with so many other corporate-derived propaganda tools, the anti-government theme originated largely with the tobacco industry, which has relied on it for decades to get its way in public policy.

ThinkProgress has discovered that the oil billionaire brothers, David H. and Charles G.

In a new video series, "The Loaded Chamber,"

Only 14 percent of Tea Party supporters believe global warming is a real environmental problem compared to 49 percent of the rest of the public, according to a New York Times/CBS News poll.