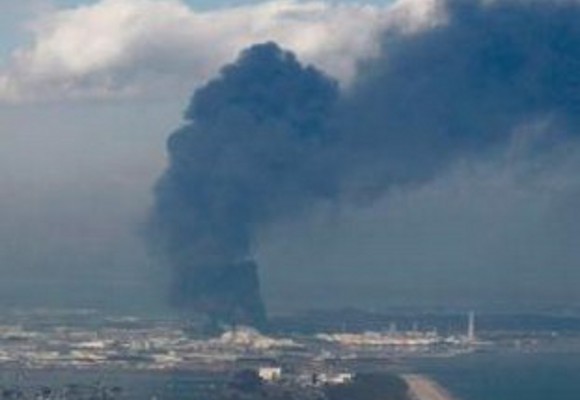 Internal emails obtained by the UK Guardian show that British government officials colluded with nuclear power companies in the aftermath of the Fukushima Daiichi disaster to develop a PR strategy to downplay the severity of the event. Emails show the British government initiated contact with the nuclear industry about the debacle just two days after the earthquake and tsunami hit, and well before anyone knew the full extent of the disaster. The emails show close collusion between the power companies Westinghouse, EDF Energy, Areva and the UK government's Office of Business, Innovation and Skills (BIS) to try to ensure that the disaster in Japan wouldn't interrupt plans to build new nuclear power plants in Great Britain. In one email, an official in the BIS department expressed concern that the Fukushima disaster had "the potential to set the nuclear industry back globally," and wrote "We need to ensure the anti-nuclear chaps and chapesses do not gain ground on this. We need to occupy the territory and hold it. We really need to show the safety of nuclear." The business department argued that Fukushima was "not as bad as the 'dramatic' TV pictures made it look." An official, whose name has been blacked out, told Areva "We need to quash any stories trying to compare this to Chernobyl." You can read all 136 pages of the emails here.

We need to care for pollution ,,,bcoz of it our environment get disturb