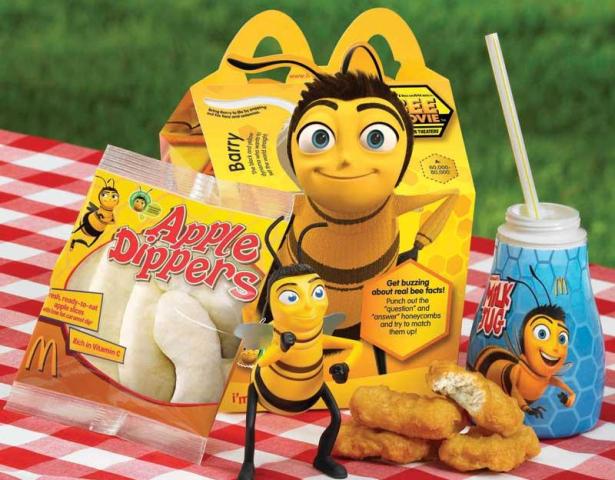 A little-known bill making its way through Arizona's legislature would make it illegal for local governments to restrict the use of toy giveaways to promote fast-food, like McDonalds' Happy Meals. Fast-food companies are behind the measure, HB 2490, which was approved in Arizona's House Commerce Committee by a vote of 6-2. Now it is headed for a full vote in the House. The Arizona Restaurant Association, which lobbies for fast food interests, is backing the bill. San Francisco recently passed a measure restricing such toy giveaways, but the law doesn't ban "Happy Meals." Rather, it prevents restaurants from using toys to attract children to meals that have particularly low nutritional value and excessive amounts of fat or sugar. Arizona recently ranked among the top "10 States with the Deadliest Eating Habits", and the state has the second-fewest grocery stores per person, which results in more people buying fast food. As a result, Arizona ranks fourth in per capita expenditures on fast food. The effort by fast-food companies to pass the measure comes on the heels of studies that show fast food chains have been significantly [p://www.prwatch.org/node/9587 increasing] their marketing targeted at children in the last few years.