Toyota: Mean and Not So Green? | PR Watch

Toyota: Mean and Not So Green? 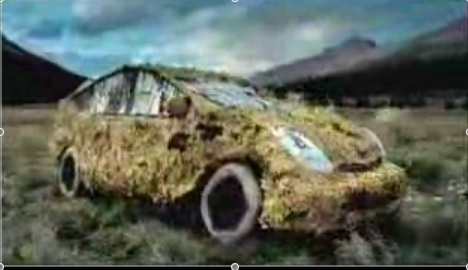 As a manufacturer of gas/electric hybrid cars, Toyota has enjoyed a public image as an environmentally responsible company. Toyota runs television ads playing up the "green" appeal of its Prius hybrid. So it was particularly disappointing to find that Toyota has been nominated to Corporate Accountability International's 2008 Corporate Hall of Shame for being substantially less green than the automaker has led the public to believe. Toyota has been quietly lobbying against a proposal to increase vehicle fuel efficiency standards to 35 miles per gallon by 2020. The company also belongs to the Alliance of Automobile Manufacturers and the Association of International Automobile Manufacturers, two trade groups suing to stop a new California law to reduce greenhouse gases. Toyota has also opposed bills in several states that would require cars emit less pollution, and that would require a percentage of cars sold to be low or zero-emission vehicles. And thanks to models like the Tundra, a gas-guzzling pickup truck that gets an average of 14 miles per gallon, Toyota's fleet-wide fuel efficiency standards are actually lower now than they have been in two decades.

It is such a buzzword these days. Green. I'm not so sure any of these manufacturers know what it actually means. The closest car company to get to being green in my opinion has to be Subaru. They have a plant in Indian, near where I live, that produces 0 waste! Every piece of waste that may be created is reused in some way and they are working to start using more green energy to fuel the plant. Very good stuff going on there. They simply follow the goldenrule and do what they would want others doing for them.

Whatever they said about the cars that are running on both electric and combustion engine it still an automobile! It has tires and motors that moves the entire vehicle.