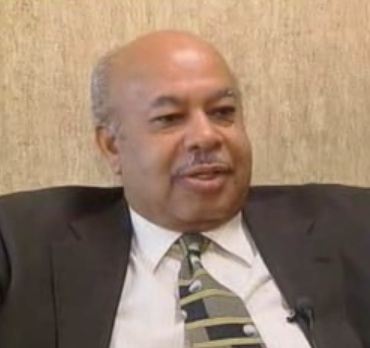 People in Colorado who signed an anti-affirmative action ballot initiative petition are charging that petition circulators deceived them about the measure's real purpose and intent. The signature-gathering effort is part of a push by African-American conservative Ward Connerly to qualify ballot initiatives in Arizona, Colorado, Missouri, Nebraska and Oklahoma that would end affirmative action policies and programs in those states. Signature-gatherers for Connerly's measure, which is deceptively titled the "Colorado Civil Rights Initiative," reportedly approached people in the Denver metro area by asking them whether they were "against discrimination." If a person answered "yes," they were asked to sign a petition that they were told would legally end discrimination in their state. Many signers were upset later when they discovered that the "Civil Rights Initiative" was really an effort to end existing affirmative action programs and policies that help level the playing field for groups like minorities and women, that historically have suffered the most from discrimination in employment, contracts and educational opportunities.

When will affirmative action, equity, and diversity initiatives as tools for social justice become unnecessary, unwarranted, and anachronistic?

Efforts to eliminate affirmative action as a tool for attaining equal opportunity and social justice are current and active in five states (AZ, CO, MO, NE, and OK). The time will come when affirmative action should be eliminated, and when that time comes I will ardently champion its elimination. I believe, however, that time is not yet here.

In Grutter v. Bollinger [539 U.S. 306 (2003)] the U.S. Supreme Court opined, through Justice Sandra Day O'Connor, that attaining the educational benefits that flow from a diverse student body was a sufficiently compelling interest to warrant taking race into account in making admissions decisions to higher education. The majority opinion in Grutter stated that "(w)e expect that 25 years from now, the use of racial preferences will no longer be necessary to further the interest approved today."

Ward Connerly and others... at the University of Nebraska-Lincoln, in Lincoln, and throughout Nebraska... seem to feel that administrative tools and efforts that take race into account have served their purpose and no longer have a role in advancing our quest for inclusion, representation, and social justice. From their perspective, the "When?" is now.

I beg to differ.... the Connerly-inspired efforts currently being advanced in Nebraska and 4 other states are wholly premature.

But, I do believe, and am hopeful, there will come a time when we will not need these mechanisms and efforts to exact social justice. From my experience and observation, that day is not today, nor will it be in April 2009, or 2010, maybe not even by Justice O’Connor's "magic" date of 2028.

However, the day will come when we will know that we've "arrived." And when, you might ask, will that be? How will we know?

Let me share my list of ten indicators that will lead me to champion the elimination of affirmative action, equity, and diversity efforts in higher education, business and industry, and government.

1) When women and minorities have attained their proportionate share of leadership and decision-making roles in our institutions of higher education, in business and industry, and in government.

2) When the voices and views of minorities and women are actively solicited, present, heard, and accorded due respect and weight in the processes of hiring, promotion, merit, and retention in higher education, business and industry, and government.

3) When policies, practices, attitudes, and structures within our institutions, organizations, and workplaces support the development and success of qualified minorities and women to the same extent that others are developed and supported.

4) When the cultural, social, and interactional environments of our social institutions and places of work, play, and education are welcoming, supportive and affirming of diverse "ways of thinking, being, and doing."

5) When the inclusion, representation and participation of minorities and women are not after-thoughts or add-ons, but up-front and expected considerations as processes, activities, and events are planned, designed, and developed.

6) When diversity "enriches" more than it "enrages."

7) When diversity unites more than it divides.

8) When diversity is perceived and treated as an asset instead of a deficit.

9) When race and gender, as well as other statuses and characteristics, don't matter.

Until then... affirmative action, equity, and diversity initiatives are necessary, warranted, and timely as tools for social justice. And I encourage us to continue supporting these efforts and to actively resisting Connerly, his backers, his minions, and his shills in their quest to dismantle these modest efforts to exact social justice.

This article is deja vu for Michigan voters. The Connerly anti-affirmative action intiative in Michigan used the same deceptive tactics to get signatures. When groups took this to court, they were unsuccessful at getting the intiative off the ballot. When it passed they press the deception issue again and lost.