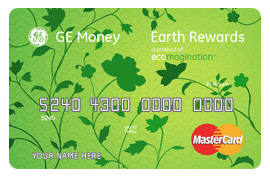 The Federal Trade Commission is looking into the booming business of selling carbon offsets, which are billed as a way "to balance the emissions created by, say, using a laptop computer or flying on a jet." Deborah Platt Majoras, chairwoman of the FTC feels that with the tremendous growth in the field, there is potential for abuse of the public's trust. The last revision of the FTC's environmental advertising guidelines was in 1997, and did not include terms common today, like sustainability, carbon offsets or renewable energy. "As more companies use offset programs to create an environmental halo over their products, the commission said it was growing increasingly concerned that some green marketing assertions were not substantiated. Environmentalists have a word for such misleading advertising: 'greenwashing.'" Corporations that are offering carbon offset credits to consumers include Dell, Continental Airlines, General Electric, Bank of America, and Volkswagen. "The FTC has not accused anyone of wrongdoing -- neither the providers of carbon offsets nor the consumer brands that sell them. But environmentalists say -- and the FTC's hearings suggest -- that it is only a matter of time until the market faces greater scrutiny from the government or environmental organizations."

For further information on offseting and market approaches to climate change in general, there is this new documentary called The Carbon Connection.

It looks at two communities affected by one new global market – the trade in carbon dioxide. In Scotland a town has been polluted by oil and chemical companies since the 1940s. In Brazil local people's water and land is being swallowed up by destructive monoculture eucalyptus tree plantations. Both communities now share a new threat. As part of the deal to reduce greenhouse gases that cause dangerous climate change, major polluters can now buy carbon credits that allow them to pay someone else to reduce emissions instead of cutting their own pollution.

What this means for those living next to the oil industry in Scotland is the continuation of pollution caused by their toxic neighbours. Meanwhile in Brazil the schemes that generate carbon credits gives an injection of cash for more planting of the damaging eucalyptus tree. The two communities are now connected by bearing the brunt of the new trade in carbon credits. The Carbon Connection follows the story of two groups of people from each community who learned to use video cameras and made their own films about living with the impacts of the carbon market. From mental health issues in Scotland to the loss of medicinal plants in Brazil, the communities discover the connections they have with each other and the film follows them on this journey.

Green Movement - This popular alternative religion is the new home of the global, one-world socialism crowd. If you don't believe me, you haven't done your research because most of those involved in it no longer try too hard to hide it. Research Carol Browner (Obama's Climate Czar) for a while online and see what I mean. Make sure you stop by Socialist International (where Carol was an advisory member up to the time of her appointment). This organization, its youth group, and its members are thrilled to share their intentions with you. Let's just say that if you value your freedom it's not pretty. The current Green Movement (via Global Warming alarmism) is an excellent fear-inducing tool that's allowing this crowd to gain more power and control over your life. Oh yes, and by-the-by, it's making its consecrated Pope (Al Gore) richer than he had ever hoped. At least his intentions are "pure".

Socialist is (or used to be, before your time perhaps?) pink. Red is flat out Communist. Red (not the TV election map red, of course) means violent overthrow of the existing order.

In contrast to the peaceful change pursued by pinks and greens (between whom there might be less overlap than you think), real red would mean CEOs keelhauled under their supertankers and lobbyists hanging from every lamppost inside the Beltway. And no, that sort of red wouldn't be very green, either.

What pinks and greens both understand is that things that can't go on forever, don't. The best example of that is the prime imperative of your beloved capitalism: More, more, more, more, more, more, MORE! More wealth for the rich, more poverty for the poor, more species extinguished, more poisoning of the water we drink and the air we breath. One way or another, it can't go on.

Oh yes, and by-the-by, no one really thinks of Al Gore as any kind of Pope. That's just dumb.