Investigating the First Casualty of War, in Afghanistan and Iraq | PR Watch

Investigating the First Casualty of War, in Afghanistan and Iraq 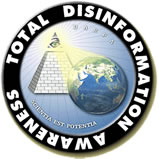 "Within hours of Pat Tillman's death, the Army went into information-lockdown mode, cutting off phone and Internet connections at a base in Afghanistan, posting guards on a wounded platoon mate, and ordering a sergeant to burn Tillman's uniform," reports Scott Lindlaw. The revelations about "how the military sealed off information from all but a small ring of soldiers," following the death of former football star Tillman by "friendly fire," come from documents recently obtained by the Associated Press. Tillman's family was not told of the circumstances surrounding his death for five weeks. According to Army officers, "pulling the plug on base phones and e-mail" is routine after soldiers die, to ensure that families are notified "through official channels." However, the clampdown following Tillman's death was unusual. On April 24, the U.S. House Committee on Oversight and Government Reform will hold a hearing on the Tillman incident and "misinformation surrounding the capture and rescue of Pvt. Jessica Lynch in Iraq."