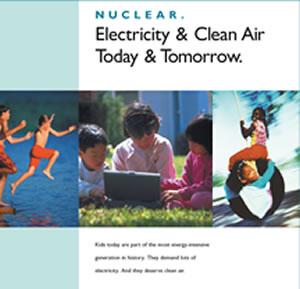 Peter Montague, of the environmental publication Rachel's News, responds to the New York Times' pro-nuclear power editorial from May 13, 2006. The newspaper claimed that "nuclear power is looking better," due to high energy prices and global warming. Montague writes, "Even after taking into consideration the large quantities of fossil fuels required for mining, processing, and enriching fuel, and in plant construction, operation, waste disposal and plant decommissioning, nuclear power could reduce carbon dioxide emissions by some amount while generating electricity. The question is, are there better ways to achieve the same result?" The Times suggested that nuclear waste be stored at surface sites "for the next 50 to 100 years," as longer-term storage is developed. Montague argues, "Fifty years of study and experiment have yielded no useful solutions." He also warns, "The connection between nuclear power and nuclear bombs simply cannot be broken." With regard to federal subsidies, Montague asks, "Why aren't we willing to spend $77 billion to subsidize energy-saving measures, and the development of existing minimally-polluting technologies?" The business publication Forbes agrees, stating, "Nuclear is not profitable without a raft of government subsidies."