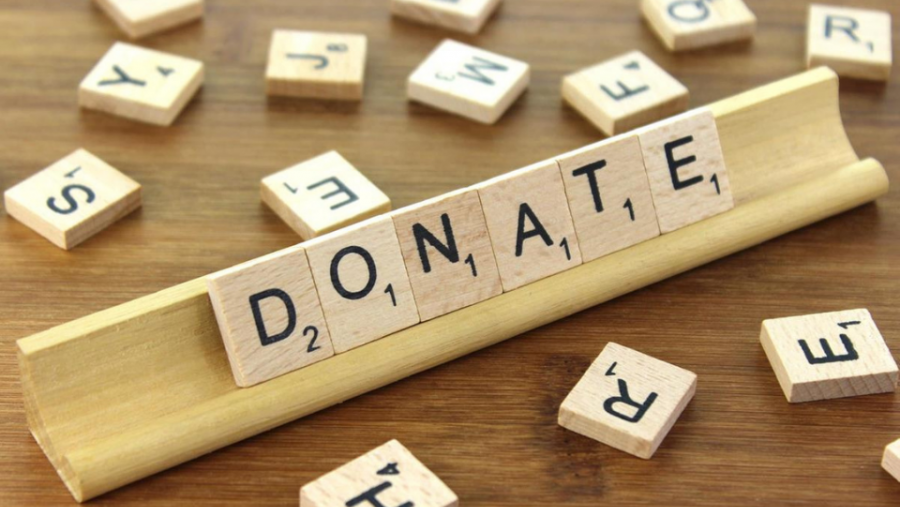 During a pandemic that has claimed the lives of more than 460,000 Americans and decimated the economy, more than $1 trillion meant for charitable purposes are sitting unused in private foundations and donor-advised funds.

The Initiative to Accelerate Charitable Giving, a new project from Boston College professor Ray Madoff, philanthropist John Arnold's Arnold Ventures, and other individuals and philanthropic organizations, wants to change that and has proposed measures that Congress can take to enhance payout requirements and incentivize more individual giving.

"Our proposals are designed to facilitate and encourage money getting to people's causes that they care about," Madoff told the Center for Media and Democracy (CMD). "What we are opposed to is people being able to claim charitable tax benefits and not give their money to charity."

But dozens of leaders of right-wing nonprofits oppose the initiative. On Jan. 24, the conservative donor organization Philanthropy Roundtable sent a letter to Congress asking lawmakers to oppose the initiative, claiming its proposals would "severely hamper Americans' ability to give to causes they care about" and "discourage donors."

Signing the letter were the executives of 64 conservative nonprofits and think tanks that receive substantial funding from private foundations and donor-advised fund (DAF) sponsors, the targets of the initiative. Many are members of the right-wing, free-market State Policy Network and receive grants from billionaire industrialist and GOP megadonor Charles Koch and his allies.

The PDF letter states that the individual signers' affiliations were "listed for identification purposes only," but the Philanthropy Roundtable's web announcement says that the Roundtable, "along with 64 other free-market and conservative organizations, sent a coalition letter," indicating that the nonprofits themselves were behind the letter.

"One of the disappointing things about this opposition is that the Philanthropy Roundtable is turning its back on one of the fundamental principles of the Right, which is to promote strong charities, which help facilitate small government," said Madoff. "The Philanthropy Roundtable is instead taking the position that somehow it's not about charities, it's about rich people getting tax benefits and maintaining maximum control over their donated funds, even at the expense of charities. That isn't right."

Signers include thinks tanks such as the Competitive Enterprise Institute and the Mackinac Center for Public Policy; state coordinating groups such as ALEC Action, an affiliate of the corporate bill mill the American Legislative Exchange Council (ALEC); political advocacy organizations including FreedomWorks and Heritage Action for America, which is tied to the Heritage Foundation; and hate groups including the anti-LGBTQ Alliance Defending Freedom and the Immigration Reform Law Institute, the legal arm of anti-immigrant hate group the Federation for American Immigration Reform (FAIR).

The Lynde and Harry Bradley Foundation, a prolific funder of right-wing state policy groups, is the biggest known donor to Philanthropy Roundtable, and it has also donated to more than half of the groups that signed the letter. Bradley's president and CEO, Rick Graber, chairs the Philanthropy Roundtable board of directors. The foundation has a sister group, the Bradley Impact Fund, which is a DAF sponsor that saw its revenue quadruple between 2016 and 2018.

If Congress passes the initiative's recommended policies, the Bradley Foundation and its DAF sponsor would likely have to distribute more of their assets each year.

The initiative zeroes in on DAF sponsors, which are organizations that manage individual charitable accounts of their clients. These clients receive the charitable tax deduction when they deposit funds and other assets into the accounts, and current law does not require that money to ever reach actual charities. The initiative seeks to require DAFs to distribute funds within 15 years of deposit or to delay the donors' charitable tax deduction until their money flows from their DAFs to charitable organizations.

The initiative also addresses the current requirement that private foundations pay out at least 5 percent of their endowments each year, seeking to restrict what types of expenditures can qualify towards that 5 percent minimum. It calls on Congress to prevent private foundations from meeting payout requirements by paying salary or travel expenses of "foundation family members" or donating to DAFs, and to incentivize additional giving by removing the excise tax for foundations that pay out 7 percent or more in a given year.

The conservative groups allege the proposal "takes aim at a family's ability to serve its own foundation, which would unfairly target smaller and less-wealthy institutions."

The initiative's proposal does not prevent family members from drawing salaries from their private foundations, however.

"Congress enacted a 5 percent payout rule because it wanted to make sure that private foundations were providing regular charitable benefits," said Madoff. "We think it's common sense to provide that paying salaries to kids and paying for annual meetings in Tahoe is not what people have in mind in terms of charitable expenditure."

A third recommendation from the initiative seeks to incentivize more individual giving by expanding the charitable deduction for those who do not file itemized tax deductions and excluding donations to DAFs and private foundations from the deduction.

One signer of the letter, DonorsTrust, is a DAF sponsor that right-wing billionaires use heavily to dole out grants to conservative nonprofits, including many other signers of the letter. Often referred to as "the dark money ATM of the conservative movement," DonorsTrust and its sister DAF sponsor, Donors Capital Fund, are among the biggest donors to Philanthropy Roundtable.

DonorsTrust branched out beyond its typical right-wing recipients in 2019 by contributing over $1.5 million to two notorious white nationalist hate groups, as CMD first reported. CEO Lawson Bader defended the donations in a comment to CMD by claiming that the clients, not DonorsTrust, determine where the money goes. However, DonorsTrust's own donation policy clearly states that its board of directors, not the clients, ultimately determine which nonprofits may receive grants. That policy is consistent with other DAF sponsors.

Responding to the initiative's urgency due to Covid-19, the Philanthropy Roundtable letter states that charitable giving increased in the first half of 2020, and major DAF sponsors have increased grantmaking by 50 percent. But during that same time period, several organizations that signed the letter were undermining key public health measures to combat the virus.

Several groups protested business shutdowns that were necessary to stem the spread of the virus in the early months. A number of the signers encouraged and in some cases promoted or helped organize the anti-lockdown protests last spring, which served as recruiting grounds for far-right militias that plotted extreme actions, including kidnapping the governors of Michigan and Virginia.

As The Intercept reported, anti-lockdown groups full of already radicalized right-wingers morphed into the "Stop the Steal" movement, the pro-Trump faction centered around the false narrative that mass voter fraud allowed Joe Biden to steal the presidential election. This voter fraud myth, often referred to as the "Big Lie," was the motivation behind the deadly Capitol insurrection.

As CMD reported last year, the Mackinac Center, a Michigan-based think tank and SPN member that is heavily funded by the family of Trump's Education Sec. Betsy DeVos, promoted Michigan's "Operation Gridlock" protests and teamed up with the Michigan Chamber of Commerce to sue Gov. Gretchen Whitmer over her lockdown orders. ALEC filed an amicus brief in support of the lawsuit. Militia members who took part in the protests later plotted to kidnap and possibly execute Whitmer.

FreedomWorks, which signed the letter, was one of the main organizers of the anti-lockdown protests and held virtual town halls, "igniting an activist base of thousands of supporters across the nation to back up the effort."

Numerous other groups that signed the letter have fought lockdown orders, including the Foundation for Economic Education, the Freedom Foundation, the John Locke Foundation (which also opposes mask mandates), and the Liberty Justice Center, which sued the governor of Illinois' restriction on large in-person political events on behalf of the state's Republican Party.

Another signer of the letter, the New Civil Liberties Alliance, a Koch-funded legal group, sought to make lives more difficult for people already struggling during the pandemic. The group went to court last fall to fight the Centers for Disease Control's eviction moratorium, suing to allow landlords to begin eviction proceedings in the middle of the pandemic.

"It's beyond hypocrisy," Dan Petegorsky of the The Institute for Policy Studies' Charity Reform Initiative told CMD. "These groups encouraged anti-lockdown protests targeting public officials working to deal with the public health effects of the pandemic. Now they are attacking efforts to boost giving by saying that giving increased during the crisis."

Petegorsky's group has a nonprofit reform proposal that goes farther than the Initiative to Accelerate Charitable Giving, urging Congress to move the payout requirement for private foundations and DAF sponsors to 10 percent for three years. More than 450 foundation leaders and individuals with DAFs signed a letter urging Congress to pass this "Emergency Charity Stimulus."

(Disclosure: The Center for Media and Democracy has received funding from the Laura and John Arnold Foundation in the past but is not currently funded by Arnold.)