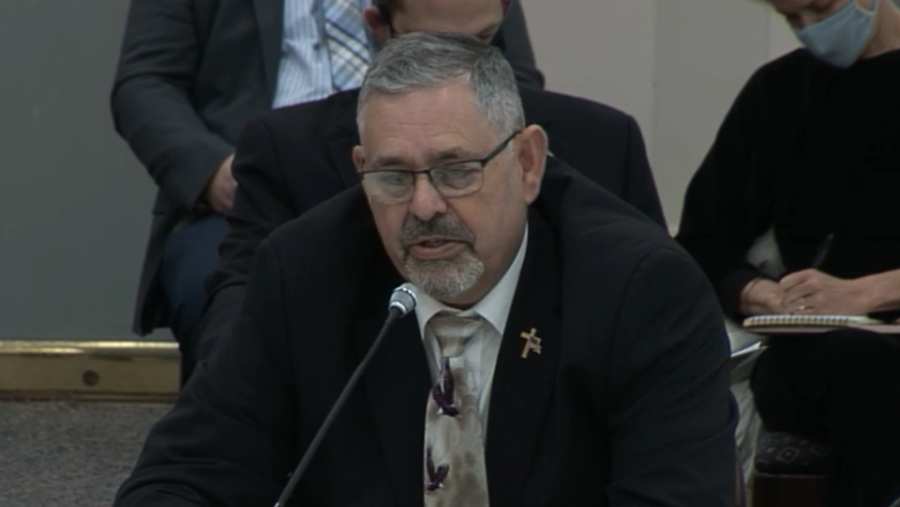 The American Legislative Exchange Council's 2020 "Legislator of the Year," Pennsylvania state Sen. Cris Dush (R), joined with 94 other state legislators on Jan. 5 to call on Vice President Mike Pence to stop Congress from certifying the Electoral College vote for Joe Biden on Jan. 6.

Sen. Dush served three terms in the Pennsylvania House before winning a seat in the state Senate in November.

The American Legislative Exchange Council (ALEC) is a corporate-funded group where lobbyists and state politicians meet behind closed doors to develop "model" bills that reach into almost every area of American life and often directly benefit huge corporations.

To acknowledge his award from ALEC, which was not mentioned on the group's website, Dush issued a press release that touted his efforts to work with ALEC "to finalized draft legislation that will prevent the Chinese Communist Government from controlling speech and curricula in Pennsylvania universities and public schools."

Dush gained notoriety last April when he likened the administration of Pennsylvania Governor Tom Wolf (D) to the Nazis.

Dush was complaining about the Covid-19 business waiver process, a program that has allowed some Pennsylvania businesses to reopen despite the statewide lockdown. During a discussion of the process, he compared the Wolf administration's handling of public records to infamous Nazi and Soviet methods of suppressing information from the press and public.

Decrying a lack of transparency in providing information on the program, Dush said, "More and more I go back to the German Democratic Nationalist Socialist Party, the Nazi Party. I go to the Union of Soviet Socialist Republics, the USSR. This is a socialist playbook."

Dush's rhetoric tracks a growing strategy on the part of right-wing politicians to characterize Hitler and the Nazis as socialist instead of fascist.

Boyle also called out GOP members of the legislature for not immediately condemning the remark.

A broad coalition of Jewish organizations issued a letter demanding an apology. "It is deeply problematic that an elected official would use such inflammatory and offensive language that diminishes the horrors of the Holocaust," said Arlene Finkler, of the Pittsburgh Jewish Federation, one of the letter's signers.

The group's statement also noted that Dush never fully admitted a wrong when he took to the floor of the state House to explain his comment.

The Center for Media and Democracy (CMD) has frequently found ALEC's award recipients notable for their extreme positions, questionable ethics, or poor judgment.