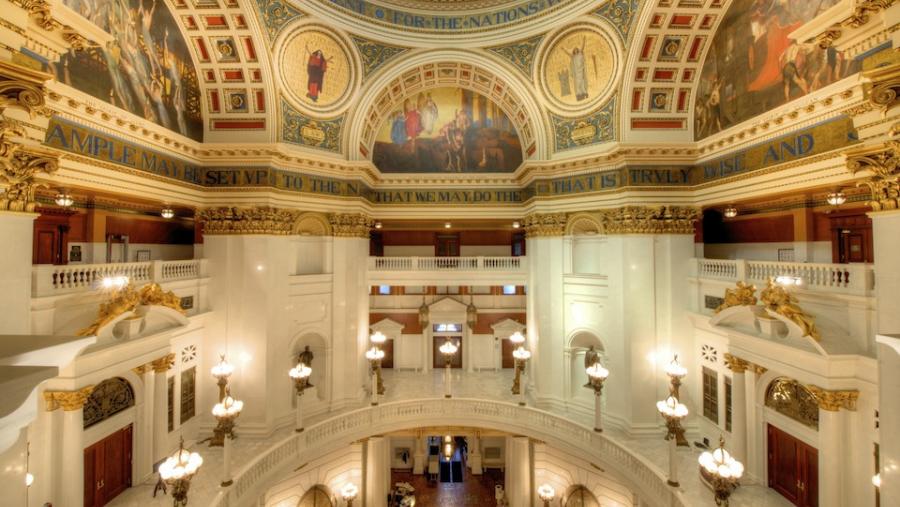 By David Armiak and Arn Pearson

The ALEC-led movement is the latest attempt to invalidate the will of Pennsylvania voters after the state Supreme Court unanimously dismissed a lawsuit to toss out Pennsylvania's votes and give the General Assembly the power to choose its electors.

ALEC is an ostensibly nonpartisan, pay-to-play operation where legislators and corporate lobbyists meet behind closed doors to adopt model legislation on a broad range of public policy issues, but it has closely aligned itself with the Trump administration.

On December 4, ALEC's Pennsylvania state chairs organized a letter to every member of the state's congressional delegation signed by 64 state representatives and senators stating that Governor Tom Wolf and others have "undermined" the election and therefore urging members of the delegation "to object, and vote to sustain such objection, to the Electoral College votes received from the Commonwealth of Pennsylvania during the Joint Session of Congress on January 6, 2021."

Similar letters were delivered the same day to Pennsylvania's Attorney General Josh Shapiro and Inspector General Lucas Miller from 86 Pennsylvania state representatives and senators asking for further reviews and investigations into "confusion, irregularities, and a lack of statewide continuity concerning how our elections were conducted."

Upon receipt, Shapiro responded, "Neither the Pennsylvania Constitution or state law allows the Attorney General to appoint an 'independent prosecutor'" as the ALEC-led letter called for.

Neither the Pennsylvania Constitution or state law allows the Attorney General to appoint an “independent prosecutor” as called for by some Republican state lawmakers.

U.S. Senator Pat Toomey's office told the Associated Press shortly after the letter’s release that he, "will not be objecting to Pennsylvania's slate of electors."

The ALEC-led effort to move Pennsylvania's electoral college votes to Trump comes despite the fact no state or county election official has made any allegations of  voter fraud, and after Trump's own Attorney General William Barr stated that the Department of Justice has not found any evidence of voter fraud that would affect the election results.

In October, the watchdog group Documented revealed that ALEC's CEO, Lisa Nelson, told a crowd of right-wing activists at the Council for National Policy earlier this year that ALEC was working with GOP attorneys on "action items that legislators can take to question the validity of an election."

"Obviously we all want President Trump to win the national vote," Nelson told the Christian right group, despite the fact that ALEC is registered with the IRS as a tax-exempt charity that is barred from engaging in electoral activity.

The actions that ALEC's Pennsylvania leadership have taken mirror Nelson's recommendations for legislators to "exercise their political muscle" to challenge the election results, including "writ[ing] a letter to the secretary of state questioning the validity of an election."

Rep. Grove, who serves on ALEC's board of directors, has also been tied to a secret "political process working group," which appears to be a relaunch of a similar task force that was disbanded in 2012 due to controversy over "stand your ground" legislation and the tragic murder of Trayvon Martin.

The retired task force pushed a model Voter ID Act that disenfranchised disabled, low-income, elderly, people-of-color, and student voters, a resolution in opposition to the public financing of elections, a resolution opposing "false statement" laws designed to make sure campaign ads do not misinform voters, and many others.

Months before the 2020 election, on June 9, ALEC hosted an "exclusive call with Former FEC Official & Honest Elections" on "mail-in voting" for its members, an invitation obtained by the Center for Media and Democracy (CMD) shows. Heritage Foundation's von Spakovsky, a former member of the Federal Elections Commission who has spoken at other ALEC meetings in the past, has been one of the right-wing's most prominent talking heads spewing election misinformation.

ALEC's secret elections working group met again on December 2 as part of its States and Nation Policy Summit, but ALEC did not disclose the meeting on its public agenda covered by CMD.