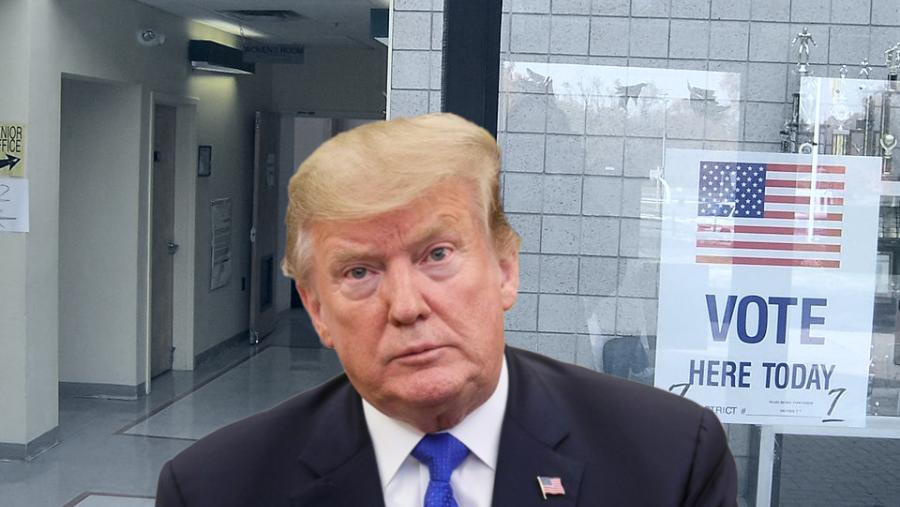 Not content with preventing states from mailing unsolicited absentee ballots and ballot requests, intimidating voters in liberal precincts, and spreading unfounded disinformation about alleged statistically significant mail-in ballot fraud, the political Right is working overtime to further disenfranchise potentially millions of Americans by preventing their legally-cast ballots from being counted.

While Trump remains behind Biden in most crucial swing state polling, the Republican National Committee and the Trump campaign appear to be increasingly relying on a plot to invalidate potentially millions of votes in those states after Election Day. The plan hinges on right-wing judges, many who were appointed by Trump, who are poised to overturn state courts' elections decisions, going against centuries of judicial precedent.

The coronavirus crisis and a U.S. Postal Service deliberately sabotaged by a Trump megadonor have made things much more complicated than normal. Many states changed election rules in response to the pandemic, expanding access to mail-in ballots and extending ballot receipt deadlines. In response, Republicans sued in state courts across the nation, seeking to limit voter participation as much as possible. The party's warnings against election law changes in reaction to extraordinary voting burdens ring hollow at a time when U.S. COVID-19 infections are setting records and the USPS is experiencing widespread mail delivery delays.

In recent days, conservative judges have ruled in favor of near-absolute power of state legislatures regarding federal election laws, including Supreme Court Justice Brett Kavanaugh. On Oct. 26, the Court sided with a federal appeals court that a lower court could not extend the absentee ballot deadline in Wisconsin.

In his "sloppy" and error-riddled concurring opinion, Kavanaugh incorrectly cited Bush v. Gore while "negating the power of state courts to expand voting rights under state constitutional provisions that protect the right to vote," as election law expert and Chancellor's Professor of Law and Political Science at the University of California, Irvine School of Law Rick Hasen wrote in The Washington Post. In a separate opinion, Justice Neil Gorsuch endorsed this same theory and may have even attempted to transfer the theory to bar state agencies, not just the courts, from changing how elections are administered.

This legal reasoning opens the door to post-election challenges in key swing states, and, thus, could decide the winner of the presidential election. Republicans have been explicit about their plan to challenge the counting of votes received after Election Day in battleground states such as North Carolina and Pennsylvania.

On ABC News on Sunday, Trump campaign adviser Jason Miller laid out the plan, saying that Trump will be ahead on election night in terms of projected Electoral College votes—which is likely because far more Democrats say they're voting by mail and far more Republicans plan to vote in-person on Election Day—and falsely claiming that Democrats will attempt to "steal" the election by waiting until all the ballots are counted after Election Day.

As voting rights reporter Ari Berman pointed out, not one state certifies its results on Election Night, and some have up to three weeks to do so. The Constitution takes this into account, establishing a "safe harbor" date, or the deadline for states to determine their electors, in December. (This election's safe harbor date is Dec. 8.)

Great chart from @NCSLorg on when states certify election results. Not a single state does it on Election Night & some states have 3+ weeks. No result is official until all the votes are counted pic.twitter.com/7Is3wU7rig

Last Thursday night, five days before Election Day, an 8th Circuit Court of Appeals panel foreshadowed what the Supreme Court, with the newly-seated, ultra-conserative Justice Amy Coney Barrett, could do in the coming days.

The court's 2-1 ruling in a Minnesota case said that the court will likely throw out legally cast ballots that arrive after 8 pm on Election Day. Judges ordered elections boards to segregate ballots based on when they arrive, despite an existing state plan to count ballots postmarked by Election Day and received up to seven days later, so they can be "removed from vote totals in the event a final order is entered" that finds them unlawful.

Republican state Rep. Eric Lucero and GOP activist James Carson, both Electoral College electors for Trump, brought the case. The two judges responsible for the 8th Circuit's decision were a George W. Bush appointee and Steven Grasz, a Trump appointee whom the American Bar Association considered "not qualified" for the position.

The Supreme Court denied Republican challenges to extended ballot receipt deadlines in North Carolina and Pennsylvania but left open the option of ruling on the cases after Election Day. Knowing that the courts may side with the GOP, elections officials in Pennsylvania are segregating ballots so those that arrived by Election Day don't end up invalidated along with those received afterwards.

Even if Biden survives courts' attempts to throw out legitimate votes, state legislatures could still step in and hand the election to Trump.

While the popular vote typically determines what party's electors head to Congress to determine the president, the Constitution allows state legislatures to appoint electors directly. GOP-led legislators in swing states such as Pennsylvania, Michigan, Wisconsin, or North Carolina could dispute the validity of their states' election and decide to ignore the popular vote and choose Trump electors. The states' Democratic governors could override the legislatures, which would lead to a constitutional crisis on Jan. 6, when Congress counts the Electoral College votes.

The Trump campaign has floated this very plan to "bypass election results and appoint loyal electors in battleground states where Republicans hold the legislative majority."

Allied right-wing political groups have done the same. At a Council for National Policy event in February, American Legislative Exchange Council (ALEC) President Lisa Nelson said she was working with three notorious vote-suppressing attorneys on "action items that legislators can take to question the validity of an election." In the video, obtained by Documented, Nelson said that ALEC was drafting letters that legislators could send to their secretaries of state contesting election results.

The Council for National Policy will meet following the election on Nov. 13 where right-wing operatives and mail-in ballot misinformation specialists J.Christian Adams, president and general counsel of the Public Interest Legal Foundation(PILF), Cleta Mitchell, chairman of the board of PILF, and Hans von Spakovsky, senior legal fellow at The Heritage Foundation, will lead a strategizing session: "Election Results and Legal Battles: What Now?"

Since the beginning of the COVID-19 crisis, Spakovsky has been fearmongering about mail-in ballots and privately meeting with state elections officials, as well as Republican members of Congress and a Trump campaign official, according to ProPublica.

Given the preference for legislative absolute power in elections that Kavanaugh and other conservative Supreme Court justices have expressed, the court could end up siding with state legislatures to produce election outcomes in conflict with the popular vote.