Everything Is Bigger in Texas, Including ALEC's Influence | PR Watch

Everything Is Bigger in Texas, Including ALEC's Influence 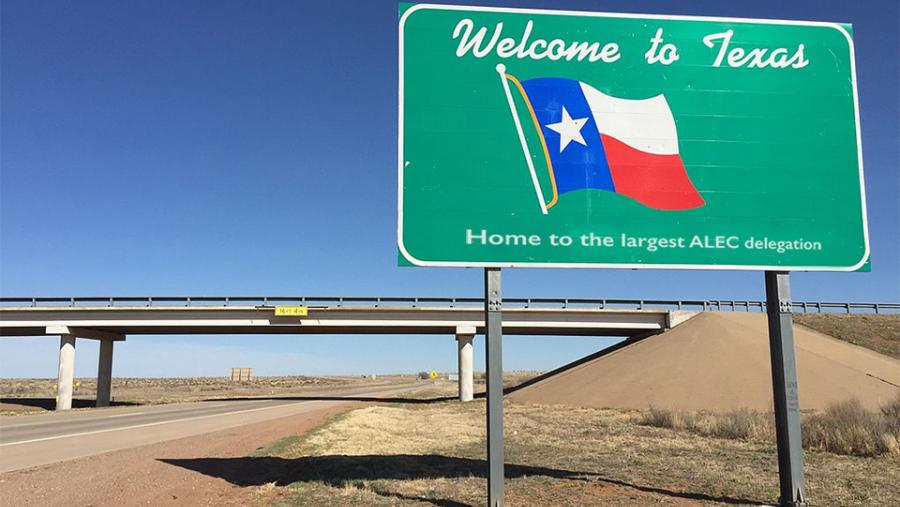 Texas's 59 legislators with ties to the American Legislative Exchange Council (ALEC) will have a short commute to ALEC's 46th Annual Meeting this week.

"The Lone Star State" is home to the largest delegation of politicians with ALEC ties, and conveniently for them this year's meeting will be hosted at the 4-star JW Marriott, less than a mile from the state capitol building in Austin, Texas.

ALEC's annual meeting is a gathering of corporate lobbyists, state legislators and their staff, where corporate representatives and politicians sit as equals to create and strategize for the passage of "model bills" that often benefit the corporations' bottom line.

While ALEC does not release its membership list, these 59 politicians were either found to be registered members via uncovered documents, signed letters, leadership listed on ALEC's website, or were required to disclose membership expenses on state forms.

Texas's unparalleled number of known ALEC members equates to 32 percent of the its legislature. Only Ohio (33 percent) and Arizona (37 percent) have a higher concentration of ALEC politicians, according to an analysis by the Center for Media and Democracy (CMD).

Thirty-one percent of Texas's House of Representatives and 35 percent of its Senate have ties to ALEC. All but one of the ALEC politicians in Texas are Republicans.

This is the second meeting in the past five years ALEC has hosted in Texas. The 41st annual meeting took place in Dallas in 2014, making Texas the only state to host twice in that time period.

Who Are the ALEC Politicians in Texas?

Representative Tan Parker (R-63) and Senator Kelly Hancock (R-9) lead the Texas group as the ALEC state chairs. Representative Phil King (R-61), is part of ALEC's national leadership as part of its board of directors, and served as ALEC's "National Chair" in 2015.

Together with Common Cause, CMD analyzed the legislation introduced by these politicians, and found multiple examples of ALEC "model policies" being introduced verbatim as their own. The report includes a side-by-side analysis showing language copied and pasted from ALEC's models.

In 2019, ALEC bills in the Texas legislature were introduced to criminalize protest, stifle free-speech, and more. HB 3557, for example, was introduced by Representative Chris Paddie, who disclosed ALEC conference expenses in 2015.

The bill, known as the Critical Infrastructure Protection Act, signed into law on June 14th, 2019, increases criminal penalties for people who trespass at "critical infrastructure" facilities. Paddie's bill had much of the exact same language as ALEC's model policy.

According to Greenpeace, the effort to add "felony-level penalties to peaceful protestors" does not appear to be the will of the politicians' constituents, but there is "much evidence of coordinated pressure from the oil and gas industry, electric utilities, and chemical companies."