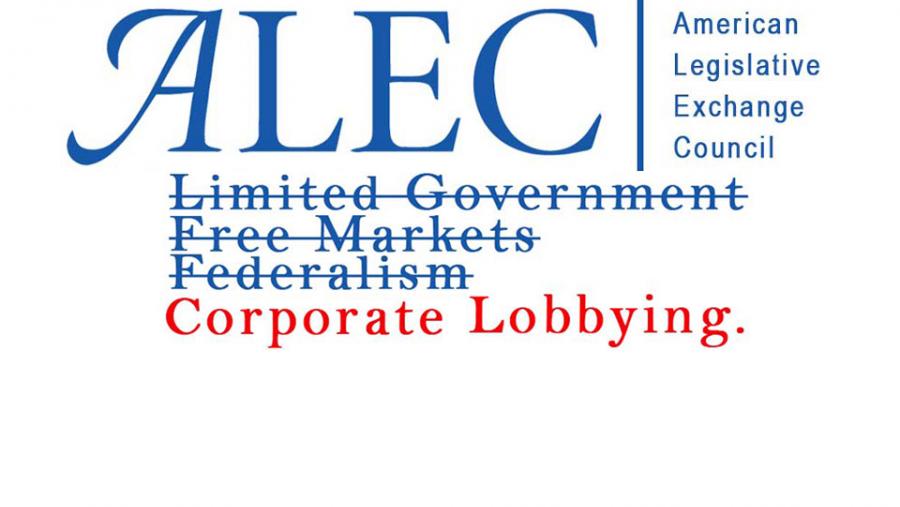 MADISON – The Center for Media and Democracy and Common Cause released a new report today detailing the profound influence of the American Legislative Exchange Council (ALEC) in Texas. The report comes as ALEC prepares to hold its Annual Meeting in Austin tomorrow, where legislators and corporate lobbyists will meet behind closed doors to adopt model legislation on a broad range of public policy issues.

"This report exposes the pervasive influence ALEC enjoys in the Lone Star State," said David Armiak, research director at the Center for Media and Democracy. "ALEC's corporate-backed agenda tramples on the rights of hard-working Texans and the environment in favor of global corporations and special interest groups."

ALEC claims "one-quarter of the country's state legislators" are members, but keeps their identity secret. The report identifies 58 Texas legislators have known ties to ALEC, or almost one third of the legislature.

CMD tracks legislator ties to ALEC and maintains an up-to-date list on alecexposed.org.

"ALEC's history of rigging the rules against everyday Texans on behalf of their corporate funders is not how democracy is supposed to work," said Anthony Gutierrez, executive director of Common Cause Texas. "This report will help Texas voters understand who their legislature really works for and what special interests are behind some of the most harmful bills we've seen in recent years."

Here are some of the key findings from the report:

For more on ALEC's annual meeting, stay tuned to ExposedbyCMD.org and ALECExposed.org.