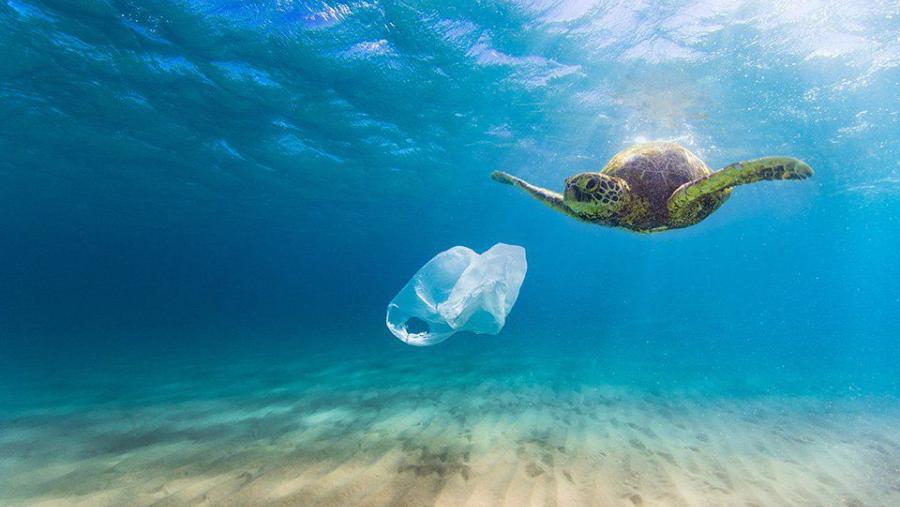 Pillars of the soda industry Coca-Cola and Pepsi have dropped out of the Plastics Industry Association (PIA), which uses the front group the American Progressive Bag Alliance (APBA) to lobby for legislation preempting local plastic bag bans.

"Companies understand that they cannot publicly say they want to end plastic pollution, while financially supporting an association that lobbies for our continued reliance on throwaway plastics," said Greenpeace USA Oceans Campaign Director John Hocevar. Greenpeace was first to report on Coca-Cola and Pepsi's departure, two of the top five largest beverage companies in the world.

Coca-Cola and Pepsi claim to be taking steps to reduce and eliminate single-use plastics from their supply chains, but their support for PIA cast doubt on the seriousness of their efforts.

"The panel members explained that bags are made of a 'natural gas by-product' ('Not oil!'), that no study shows there is a litter problem, and that regulation of bags is not environmentally justified -- not to mention that shoplifting supposedly increases when bags are regulated," the Center for Media and Democracy (CMD) reported.

ACCE and ALEC went on to adopt a model resolution in 2015, "Regulating Containers to Protect Business and Consumer Choice," for municipalities and states to adopt which opposes local plastic bag regulations and claims that the "free market is the best arbiter of the (plastic) container."

ALEC took its opposition to local bag bans one step further in 2018 by adopting a model law for legislators to take back to their respective State Houses that preempts local regulations on any single use or recyclable containers.

Fifteen states now have an ALEC-inspired ban on local prohibitions or taxes on single use and reusable containers, and similar bills were introduced in Florida, Missouri, North Dakota, Oklahoma, South Carolina, and Utah this year.

In some cases, these preemption bills are being passed in states where no plastic bag or container bans have been adopted, like Wisconsin.

San Francisco, Los Angeles, Seattle, Chicago, and Boston are among some of the cities that have enacted bans or taxes on plastic bags. Plastic bags are prohibited across all counties of the state of Hawaii.

Recent research into the pervasiveness of plastic in our environment is alarming.

Oceana, a nonprofit working to protect and restore the oceans, reports that, "An estimated 17.6 billion pounds of plastic leaks into the marine environment from land-based sources every year...roughly equivalent to dumping a garbage truck full of plastic into the ocean every minute."

According to researchers at the University of Georgia, "Plastic is now the most common form of marine debris. Globally, at least 690 marine species, including sea turtles, seabirds, seals, sea lions, whales, fish and invertebrates, have reportedly become ill or died following entanglement in or ingestion of marine plastics."

In addition, plastic bags and other single-use plastics break down into tiny plastic particles over time that find their way into the water we drink, the air we breathe, and the food we eat. As a result, plastic is ubiquitous in the human body. "Researchers from the Medical University of Vienna and Environment Agency Austria announced they have found microplastics -- particles of plastic smaller than 5 millimeters -- in stool samples from each one of their human test subjects," Salon reported.

A key part of the solution? "At all levels, governments need to enact smart legislation and regulations that limit or eliminate single-use plastics," Oceana concludes.