ALEC Says "Strike!" Just Do It Without Unions | PR Watch

ALEC Says "Strike!" Just Do It Without Unions 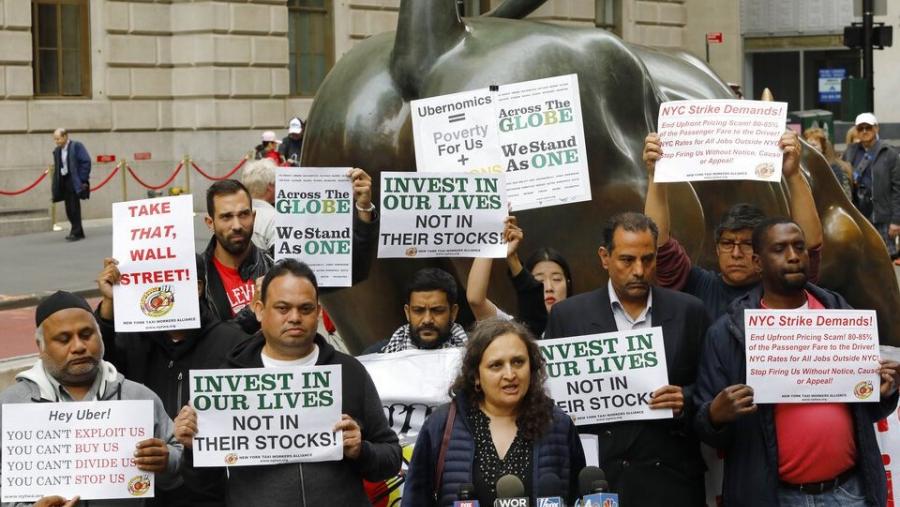 The American Legislative Exchange Council (ALEC) has gone on the record as supporting the right of workers to bargain collectively, and even strike, for better working conditions -- as long as they do it without a union.

In a recent article on ALEC's website, the group's Counsel and Chief Strategy and Innovation Officer Bartlett Cleland praises the "increased empowerment" of workers to take charge of their conditions of employment shown by the 2018 teacher walkouts in West Virginia and Kentucky and last month's strike by Uber and Lyft drivers.

"(W)hile gig economy platforms are providing new opportunities for a person to define their own success, other technologies are changing the organization of labor.... Turns out that people are effective at organizing themselves, whether at large technology companies where employees protest certain company sales or expenditures, or teachers organizing a walkout seeking higher pay as they did in West Virginia and Kentucky," Cleland writes.

ALEC is a corporate bill mill that brings together global corporations and state politicians behind closed doors to write state laws. These so-called "model bills" reach into almost every area of American life and often directly benefit huge corporations.

ALEC's cheerleading for collective action by workers conflicts with its contempt for unions, historically the most potent tool for empowering workers on the job and politically, as it pushes for right-to-work laws and other union-crushing bills following the U.S. Supreme Court's 2018 decision in the Janus case, which forces unions to bargain on behalf of nonmembers for free.

"(T)he recently attempted 'strike' by Uber and Lyft drivers (and the pleas for riders to join in the boycott) was organized organically, without a labor union.... Some laugh at the self-employed striking, and others mock the decision believing that new drivers will hit the road when prices rise because of fewer cars being available. Those reactions miss the point. Whatever one thinks of the public policy beliefs espoused by the workers the increased empowerment of individuals is happening in real time. Those who work are increasingly empowered to make money of their own terms," Cleland says.

However, the ALEC article fails to note that unions have been aggressively providing assistance to Uber and Lyft drivers. The United Auto Workers, which has long organized freelance writers and journalists, fights to increase wages for drivers and unions around the country. It supported the recent Lyft driver "day of action" protest in Connecticut.

In California, the State Assembly has passed a bill -- now in the State Senate -- that makes it more difficult to hire workers as contractors rather than employees. Assembly Bill 5, which has union support, says, "(T)o hire an independent contractor, businesses must prove that the worker (a) is free from the company's control, (b) is doing work that isn't central to the company's business, and (c) has an independent business in that industry. If they don't meet all three of those conditions, then they have to be classified as employees."

The bill, if passed as is, would make it easier for self-drivers to organize, which -- again -- ALEC claims to support. As we move increasingly toward a "gig" economy, ALEC should be careful what it wishes for, as it takes a very short-term view of the implications of collectivism among the self-employed. ALEC has been around for decades, while unions, starting as guilds and frequently organized by self-employed people in the trades, have been around for hundreds of years and are in it for the long haul.