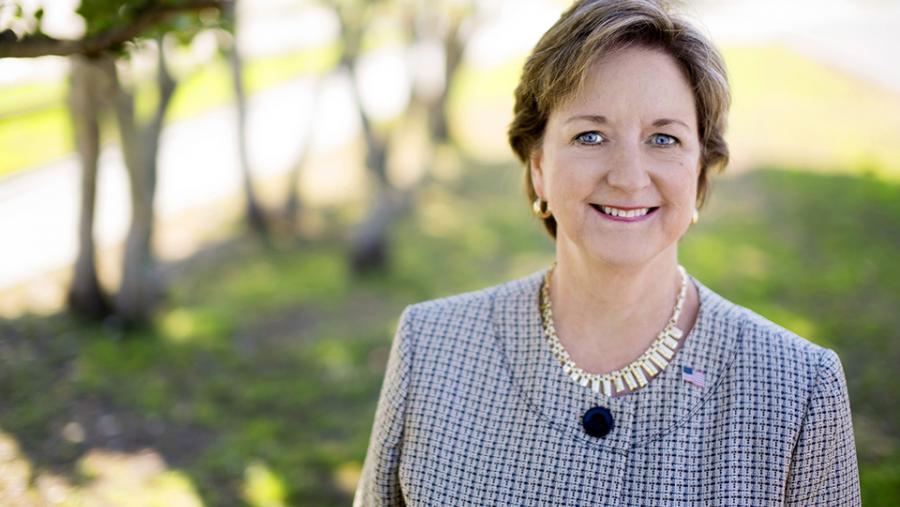 The American Legislative Exchange Council (ALEC), the right-wing corporate bill mill, gave its "National Legislator of the Year" award to state Senator Sharon Hewitt of Louisiana. Senator Hewitt, a former oil and gas industry executive, was elected to the state senate in 2015.

As "Legislator of the Year," ALEC chose a woman who made opposition to pay equity one of her signature issues, in the state where women have the most to gain from equal pay protections.

In Louisiana, the earnings gap between men and women is the largest in the nation; women make 69 percent of what men make, according to the Association of American University Women (AAUW). The definitive study on the gender pay gap, done each year by AAUW, is based on U.S. census data.

In March 2018, Hewitt voted "no" on a modest bill to help address the pay gap for workers employed by state contractors. The bill, SB 117, would have extended the state's, "Equal Pay for Women Act," currently for public employees, to private-sector workers employed by state contractors. But it failed in the Louisiana state senate by a vote of 20 to 18.

Hewitt claimed that the methodology used, median pay for both sexes, was not an accurate description of the workforce in her state.

Hewitt said, "...that if you lined up all of the men in Louisiana from the highest paid to the lowest paid and chose the man standing in the middle, did the same thing with the women, then compared the pay of the man and the woman standing in the middle of their lines, the woman would be making 66 cents (in 2016) on the dollar compared to the man," Hewitt said. "It has nothing to do with what their jobs are."

Within occupations, the AAUW study shows women often are in lower job scale classifications and have less chance for promotion, often despite equal levels of education. The AAUW study further demonstrates that this disparity exists for most professions.

When women are in different occupations with different duties it is often because of discrimination. "Occupational segregation is facilitated through the practice of 'steering,' says the AAUW study. "Steering occurs when women are channeled into jobs with lower pay (or lower long-term pay potential) than other similar jobs...therefore, compensation disparities can arise where employers track women into low-paying jobs or limit their opportunities for promotions or transfers to better jobs."

The pay gap is even greater for Latina and African-American women of similar education to men.

But these facts don't bother Hewitt who appears happy to carry water for the industries and professions that discriminate against women.

ALEC, the organization honoring Hewitt, has corporate members who are among those hit hard with penalties for employment discrimination. For instance, the Equal Employment Opportunities Commission (EEOC) just fined ALEC member, CSX Transportation, $3.2 million, one of the largest EEOC fines of 2018, for using unfair and unnecessary tests to steer women into lower paying occupations. In 2004, ALEC member Federal Express was hit by the EEOC with a huge fine of $3.4 million for discrimination against a woman.

It is indisputable that there is a pay gap for women compared to men. Trying to paper over that difference only shows the length to which ALEC legislators will go to harm workers, of either sex.