Corporate Front Group, American Council on Science and Health, Smears List of Its Enemies as "Deniers for Hire" | PR Watch

Corporate Front Group, American Council on Science and Health, Smears List of Its Enemies as "Deniers for Hire" 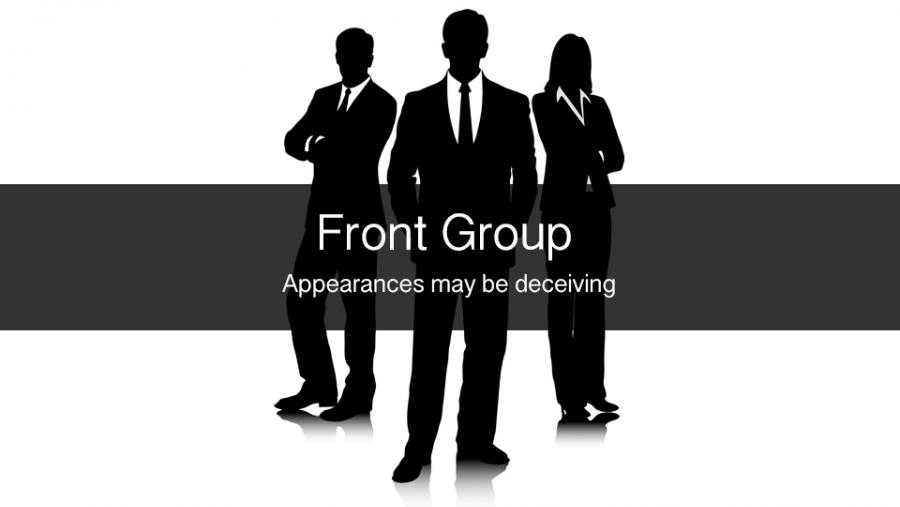 The industry front group American Council on Science and Health (ACSH) has created a clunky new website containing an intriguing list of its enemies.

You may find a few folks you know vilified there.

DeniersForHire.com was created in 2016, according to a proxy-cloaked WHOIS listing. The site was funded by ACSH and edited by Cameron English, who currently works for the Genetic Literacy Project (GLP). GLP is another industry front group, run by chemical company PR agent Jon Entine, who has long partnered with ACSH to defend the agrochemical industry. Entine blogs frequently on the ACSH site.

The "deniers" site hyperbolically states as its goal "to expose and neutralize anti-science activist threats to humanity" and features profiles of those who have been thorns in the side of the chemical industry and related groups: scientists, journalists, lawyers, policy experts, and non-profits. Among the "threats to humanity" is New York Times Pulitzer Prize-winning reporter Eric Lipton.

The website also calls the Center for Media and Democracy (CMD) a "dark money group" even though the group spends zero money in campaigns and elections. It calls the Organic Consumers Association -- which has long pushed for strict organic standards disavowing GMOs, radiation, and sludge -- an "industry front group."

Greenpeace Research Specialist Connor Gibson says of the site: "Imitation is the most sincere form of flattery. I'll take it as a compliment to those of us who expose industry hacks posing as independent experts that industry shills are attempting to mimic good opposition research in an attempt to get the spotlight off of themselves."

Where the "Deniers for Hire" site now says, at the bottom of each page, just "copyright 2018 | MH Newsdesk Lite by MH Themes," it once stated more clearly, "funded by the non-profit pro-science consumer advocacy group American Council on Science and Health," as revealed by archives of the site on the WayBack Machine.

ACSH has long been notorious as an industry front group, funded by the seed and chemical giant Monsanto, among others. Ralph Nader was quoted in a 1991 book on corporate front groups as saying, "A consumer group is an organization which advocates the interests of unrepresented consumers and must either maintain its own intellectual independence or be directly accountable to its membership. In contrast, ACSH is a consumer front organization for its business backers. It has seized the language and style of the existing consumer organizations, but its real purpose, you might say, is to glove the hand that feeds it."

ACSH solicits funding from corporations and has defended a number of dubious products over the years, including DDT, asbestos, and Agent Orange. ACSH has been known to call environmentalists and consumer activists "terrorists."

Gary Ruskin, Co-Director of U.S. Right to Know said the website "seems typical of ACSH's work: attacks on those who question or criticize powerful corporations, brimming with hyperbole and errors of fact." He called it "wholly unsurprising," "standard corporate PR tactics" of an "increasingly desperate" agrochemical industry.

Cameron English, whose biography calls him "the editor at Deniers for Hire, a project of the American Council on Science and Health," later went on to be "Senior Agricultural Genetics and Special Projects Editor" at GLP run by PR flack Jon Entine.

GLP is another industry front group, one which companies like Monsanto use "as platforms of support for industry spokespersons" in order to discredit such targets as the World Health Organization, according to a 2018 U.S. Congressional report.

Entine is a former producer with NBC and ABC News, whose books attacked the idea of socially responsible investing and the precautionary principle (Let Them Eat Precaution). He went on to join the American Enterprise Institute and has been "cultivated" by corporations like Syngenta (maker of pesticides, genetically engineered crop varieties, and more) as a trusted "third party" to accomplish items on their public relations wish lists.

The GLP website is owned by Entine's PR firm, ESG MediaMetrics, according to its WHOIS data. The website for ESG MediaMetrics has been removed, but archived versions of the firm's site show that its clients include Monsanto, the Vinyl Institute, and Merisant, a Monsanto spin-off that manufactured artificial sweeteners.

Both ACSH and GLP are listed as "industry partners" in internal Monsanto documents. And the targets of ACSH's "Deniers for Hire" "are also targets of the GLP," according to GMWatch (another target of the site).

U.S. Right to Know's Ruskin told CMD of being targeted by the site, "We laugh about it... It's just what happens these days when you try to stand up for consumers or public health."

Mary Bottari contributed to this article.