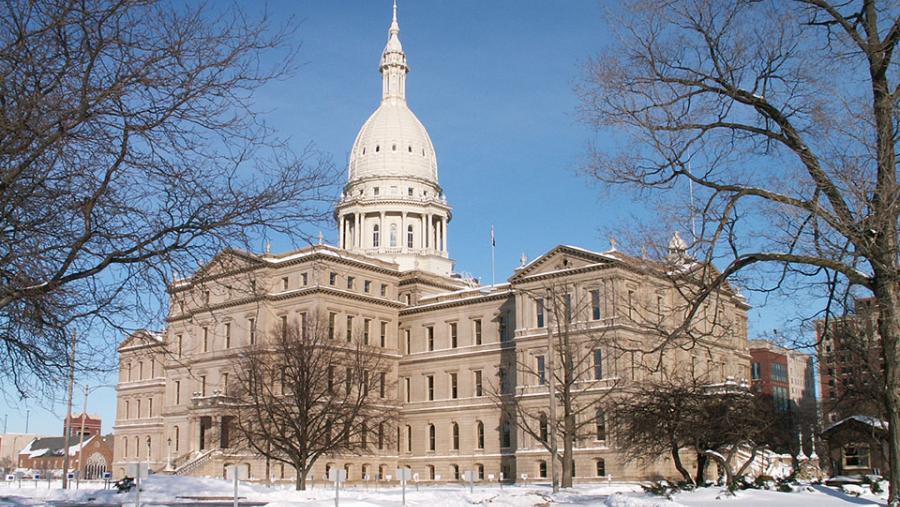 By David Armiak and Scott Zimmerman

In an astounding power grab, Republicans in Michigan have introduced more than 130 bills in the current lame-duck session. Bills limiting a minimum wage increase and sick leave laws demanded by voters, as well as restrictions on voting, have already been sent to the desk of Governor Rick Snyder, who will be gone by the end of the year, and an anti-union measure requiring public union recertification every two years is under consideration.

All these topics have long been associated with the American Legislative Exchange Council (ALEC) and the Kochs' Americans for Prosperity astroturf group.

Michigan voters demanded the state take a different direction when they elected Democrat Gretchen Whitmer as Governor. Now the outgoing GOP Senate Majority leader, Arlan Meekhof, and his colleagues in the legislature are attempting to overturn the will of the voters and lock in partisan advantage with an avalanche of lame-duck bills that have been decried as "threatening democracy and accountability" and risking a historic voter backlash in 2020.

Michiganders gathered enough signatures to put an increase to the minimum wage on the ballot in November. But before it went to a statewide vote, the Michigan Legislature passed the proposal itself, not to support the measure, but to effectively undercut it.

These changes hand a Christmas present to the Michigan Chamber of Commerce and Michigan Restaurant Association, which opposed the wage hikes on the grounds of "business owners' concerns."

Soon after the midterm elections, the National Federation of Independent Business (NFIB) began lobbying Michigan lawmakers to take up the legislation during the "remaining weeks of session," after calling the citizen-led initiative signed by 252,523 citizens a "shoddily drafted joke of a law."

The legislature has also sent a bill to Snyder limiting the citizen-led paid sick leave law. The changes mean that businesses with 50 or fewer employees will no longer have to offer paid sick days. Previously only businesses with fewer than 10 employees were exempted from the policy.

In addition, employees will have a harder time accruing paid sick days, as they will need to work 35 hours to earn 1 hour of sick time, instead of 30 hours in the citizen-led law.

And citizens had asked for a minimum of 72 hours paid sick leave, but the legislature has now decreased that to 40.

Once again, the Michigan Chamber of Commerce lobbied for the changes, which "represent the real-world input and concerns of job providers across our state," Wendy Block, vice president of business advocacy said.

Restricting Voting and Oversight of Elections

Michiganders passed automatic voter registration at the polls by a 67-33 percent margin in November, but now the GOP is aiming to put limits on it. Sen. Mike Kowall sponsored omnibus legislation Senate Bills 1238-1242, which would require that those applying for a state driver license or ID card to declare their citizenship in order to qualify for automatic voter registration.

The bills that have passed the Senate also would end voter registration 14 days before an election and allow residents to opt out of automatic voter registration. Wayne State University Law Professor Robert Sedler believes the changes are unconstitutional, because the legislature cannot change a voter-approved constitutional amendment.

Professor Sedler questions the legality of that change as well, saying "the Legislature could repeal all campaign finance laws if it chose to, but it can't dictate how existing laws should be enforced, which is an executive function."

Meekhof has sponsored union election bill SB 1260, which if enacted would force unions to recertify their representation of workers every two years. The end result would be to force unions to spend precious resources on internal elections rather than union organizing. The bill bears a striking resemblance to ALEC's Union Recertification Act, which itself is based on Wisconsin's Act 10 union-busting legislation that forces annual recertifications.

Meekhof paid ALEC membership dues with taxpayer funds in 2009, during his tenure as a state representative. In 2015, he followed ALEC's agenda and supported repealing prevailing minimum wage legislation, and he was behind the so-called "right to work" laws that passed in 2012.

"Requiring such disruption every two years would be a nightmare, not only for the public employees' collective bargaining units, but for public employers who have to deal with and manage the process," Julie Rowe of the Michigan chapter of the American Federation of Teachers told The Detroit News.

The local right-wing State Policy Network affiliate, Mackinac Center, the Koch brothers' Americans for Prosperity, and the Michigan Freedom Fund, linked to the DeVos family, all support the legislation.

The Michigan Senate also passed legislation making it illegal for union workers to use paid leave for union business, another anti-union measure in the ALEC library.

Sen. Mike Shirkey has introduced a bill, which passed in the Senate already, that would help "shield donors to non-profit groups that engage in political activities," according to The Detroit News.

ALEC opposes "attempts to expand the scope and application of donor disclosure requirements" and has a similar model policy to shield the identity of donors to both 501(c)(3) charitable organizations and (c)(4) dark-money groups.

Shirkey, an ALEC member going back to his days as a State Representative, has a documented history of introducing legislation that resembles ALEC model bills.

The extraordinary lame-duck session in Michigan follows similar power grabs in North Carolina, Wisconsin, and Ohio this month by Republicans who were ousted from state office by voters. To different degrees, all of these lame-duck sessions deal with agenda items borrowed from the ALEC library of priorities.