Kochs Drop Millions for Walker, Back Republicans Across the Ballot in Wisconsin | PR Watch

Kochs Drop Millions for Walker, Back Republicans Across the Ballot in Wisconsin 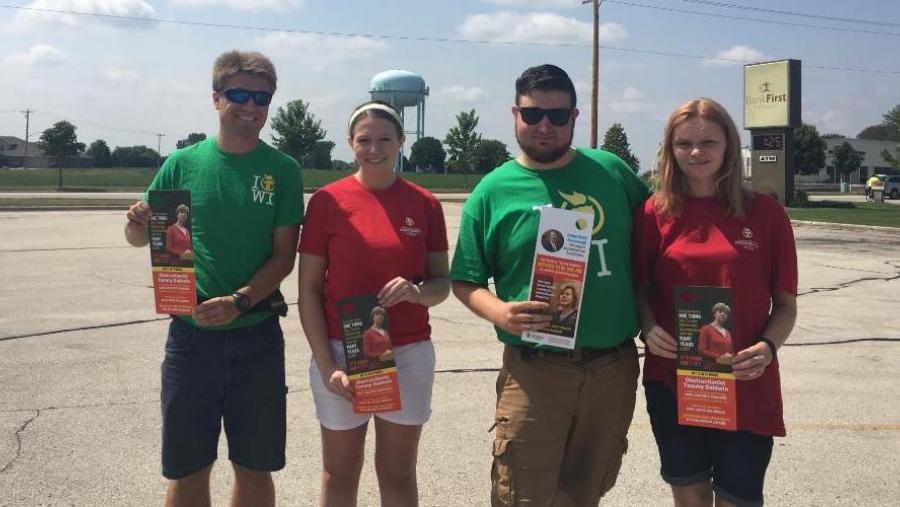 The billionaire Koch brothers announced Tuesday that they will be spending $1.8 million on a TV, cable, and digital ad campaign through their astroturf group, Americans for Prosperity (AFP), to support Wisconsin Gov. Governor Scott Walker (R) in his bid for reelection. The ad campaign follows a $20,000 contribution from the Koch Industries Political Action Committee (KochPAC) detailed in its latest FEC filing and a "Thank You" ad in July.

Walker is facing off against Superintendent of Public Instruction Tony Evers (D) in November in what is expected to be a close race.

AFP announced following the primary last week that it would support Leah Vukmir (R) in her quest to unseat sitting U.S. Senator Tammy Baldwin (D) in what may be the most expensive U.S. Senate race ever. The Kochs have already been hitting Baldwin for months with millions in negative ads from their veteran front group, Concerned Veterans for America.

Although Charles Koch suggested in July that he would be open to backing Democrats, none of the Wisconsin Democrats seem to fit the bill for the Kochs.

The Koch network has committed $400 million for the 2018 midterm elections, close to two times what it spent on the 2014 midterms, which became the most expensive such election in history and saw Republicans gain their largest majority acros the nation in nearly a century.

A fraction of that commitment is visible here. Much of Team Koch’s expenditures are made on i360, its data analytics company, which compiles information on the "199 million active voters; and on its front groups, including Americans for Prosperity, Concerned Veterans for America, Freedom Partners Action Fund, Generation Opportunity, and The LIBRE Initiative.

Below is the full list of Koch candidates in Wisconsin to date. Stay tuned to ExposedbyCMD for updates and our "Koch candidates, 2018" list on Sourcewatch.

THEIR DADA WAS A NAZI SYMPATHIZER ! SO HOW DID THESE TWO "KOCH"-SUKKAS SNEAK INTO THE USA ??? LET'S VOTE ALL THEIR SLEAZY FROM BAS'TURDS' OUTTA "WHISKEYCONSIN" FROM SHITHEAD WALKER ON DOWN !!!