Bills to Ban Local Soda Taxes Are Moving In the States, Coke and Pepsi Borrow from the Tobacco Playbook | PR Watch

Bills to Ban Local Soda Taxes Are Moving In the States, Coke and Pepsi Borrow from the Tobacco Playbook 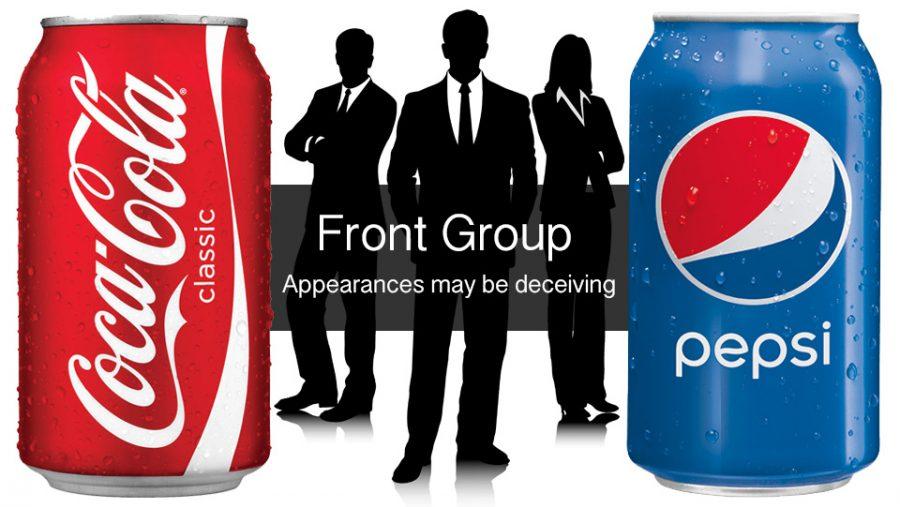 Watch out public health advocates – as soda tax campaigns are bubbling up in cities across the nation to combat obesity, diabetes and other serious health conditions – the beverage industry is working to choke off this expression of local democracy.

A state bill banning localities from taxing food and beverages came out of nowhere in Michigan and was signed into law by Governor Rick Snyder within weeks. Last week, Governor Doug Ducey in Arizona signed a similarly fast tracked bill. These are clear instances of corporate special interests convincing legislators to block local laws that would hurt their profitability.

In Washington State, the soda industry is going a step further. After watching Seattle’s soda tax take effect last month, industry started a state wide ballot initiative campaign that would prevent other cities in the state from implementing a similar tax.

The name of the campaign is not “Coke and Pepsi For Obesity and Diabetes,” it’s “Yes! To Affordable Groceries.” The discrepancy is not just laughable it reveals a key industry tactic in the soda wars – change the topic and talk about anything except the devastating public health impact of sugary beverages.

The public health community – pediatricians, dentists, the American Heart Association and more – are energized to take action as never before on soda and other sugary drinks because new data is showing that consuming sugar in liquid form increases risks of serious health conditions, such as heart disease, Type 2 diabetes, nonalcoholic fatty liver disease, and obesity in a much more significant way than was previously known.

If you are a Mountain Dew addict, get ready for this statistic. One study found that consuming just one to two sugary drinks a day increases your risk of developing diabetes a whopping 26 percent. Another study showed that men averaging one can a day of a sugary drink had a 20 percent increased risk of heart attack. Further, more than three-quarters of American adults are considered overweight or obese, and 30 percent of children.

Statistics like these and skyrocketing rates of obesity in Mexico City inspired public health advocates there to champion a soda tax in 2012 that has led to a significant fall in consumption – a 6% drop in the first year after the tax was introduced was followed by a 12% decline the second year.

Berkeley, California was the first U.S. city to follow Mexico's lead uniting physicians, dentists, school board members, Latino leaders, the NAACP, black churches, teachers unions, farm and food advocates, moms and dads behind a grassroots effort to crack down on "big soda" in 2014. They won a landslide victory, and early data shows that consumption of sugary drinks is down 21% and healthy water consumption is way up.

But as cities and counties in the United States utilize the tools of local democracy to introduce modest tax increases on soda, they are facing sophisticated opposition spearheaded by the American Beverage Association (ABA) the blandly named trade association representing Coke, Pepsi, Dr. Pepper Snapple Group and other producers of sugary drinks.

When they are up to no good, brand name companies like to hide behind their trade association. The American Beverage Association is a 501(c)(6) trade association and a $79 million lobbying powerhouse bankrolled by the largest players in the soft drink industry. Coke brands including, Fanta, Sprite, Fresca, Desani, Honest Tea and Minute Maid represent a $32 billion market. PepsiCo brands including, Gatorade, 7Up, Tropicana, and Mountain Dew represent an $18 billion market.

In every locality that has introduced a soda tax in recent years, the beverage industry has responded with the techniques of a industry that knows it has a big public relations problem. The ABA has set up grassroots-sounding front groups and has blanketed the neighborhood with flyers and messaging. In Richmond in 2012, for instance, the ABA group fighting a soda tax referendum on the ballot was called “Community Coalition Against Beverage Taxes.” In El Monte, the front group was called “El Monte Citizens Against Beverage Taxes.”

The ABA has worked to rebrand the issue and shift the terms of the debate. It doesn't want to debate a soda tax, so it spins it as a “grocery tax” that harms everyone not just those who drink soda.  It doesn't want to talk about the rising rates of obesity, it would rather talk about the “high cost of living.” Recent campaign names have included  "Enough is Enough: Don't Tax Our Groceries" in San Francisco to "Keep Seattle Livable for All."

In TV and internet ads produced by the trade association, you don't see the CEOs of Coke and Pepsi making the case against the soda tax. Rather, the ABA puts up a diversity of spokespeople to carry its preferred messaging. San Francisco grocery store owner Abdul Taleb tells the camera “politicians say it is a soda tax, they are lying. This is a tax on groceries.” In Chicago, a professional-looking African American woman tells the camera “we’re being taxed out of Cook County, I’m a single mom. I can’t afford this tax.” In Philadelphia, a hoagie shop owner says “we try to offer the best food at the best price…with that tax the working man can’t afford it anymore.”

The soda industry spent $48.9 million on recent soda tax opposition campaigns in Cook County, IL; Philadelphia, PA; Boulder, CO; San Francisco, CA; Oakland, CA; Seattle, WA, Santa Fe, NM; and Albany, California, according to a November 2017 report by the watchdog group Center for Science in the Public Interest. The ABA does not engage in absolute concealment of their sponsorship, but it does work to shield its brand name companies from responsibility and culpability.

The ABA has won some of these battles, rolling back a soda tax in Chicago and defeating one in Sante Fe, but it has lost more than it has won, so it is shifting the battle ground to state legislatures. In doing so it is following a timeworn path utilized by other industries that are hazardous to public health.

Following in the Footsteps of the NRA and Big Tobacco

Cities and counties have long played a valuable role as “laboratories of democracy” for important public policy innovations, including public health policies. When U.S. cities led the way regulating guns in the 1970s, the NRA responded with a raft of bills that prohibit localities from adopting reasonable gun laws tailored to local conditions. Faced with local ordinances to regulate tobacco products or create "tobacco free" work environments in the 1980s,  the industry jumped into action.

"We could never win at the local level... So the Tobacco Institute and tobacco companies' first priority has always been to preempt the field," said a tobacco lobbyist. Today, the majority of states have some type of tobacco preemption, twelve states preempt local smoke-free ordinances and eight states have recently moved to ban local regulation of E-cigarettes.

“In 1988, it was Phillip Morris’ Smokers’ Alliance. In 2018, it’s Big Soda’s YES! TO AFFORDABLE GROCERIES. Both are front groups, then the tobacco industry’s and today the American Beverage Association’s,” said Mark Pertschuk. Pertschuk is the Director of a small advocacy organization called Grassroots Change. He is the former President of American for Nonsmokers’ Rights, which battled the tobacco industry for smoke-free workplaces.

Today, Pertschuk's “Preemption Watch” project tracks efforts that step on local democracy. There has already been preemption of local ordinances related to nutrition in 11 states, this applies not just to a soda tax, but to menu labelling and other policies. More preemption bills (or statewide referendums) are likely to be introduced in 2018.

In working to "preempt the field" the ABA is getting help from many of the usual suspects. Affiliates of the U.S. Chamber of Commerce have been active in local fights along with restaurant and grocers associations. Front group propagator and master propagandist Richard Berman cut ads in Sante Fe for a State Policy Network "think tank," prompting an ethics complaint. Other State Policy Network groups have been producing and promoting questionable research saying that the soda tax harms the economy. An ALEC legislator successfully preempted local food and nutrition policies with an ALEC "model bill" in Kansas. And the National Federation of Independent Businesses, which has been battling paid sick leave ordinances, lobbied in favor of soda tax preemption in Michigan.

Grassroots activists know they are up against big institutions and big money, but they also know they have the people on their side. While Congress is universally reviled, local government is almost universally supported. In a recent poll in Pennsylvania conducted by the American Heart Association,  71% of likely voters agreed that “…government closest to the people governs best” and a preemption law that takes away the ability of local governments to solve their own problems is a bad idea.

“The reason we got to 76% of the popular vote in Berkeley is because people believed in this policy. It came from the ground up,” said Sara Soka who was the campaign manager for the Berkeley Healthy Child Coalition.

And that's why grassroots public health campaigners can still win on this issue and many more.