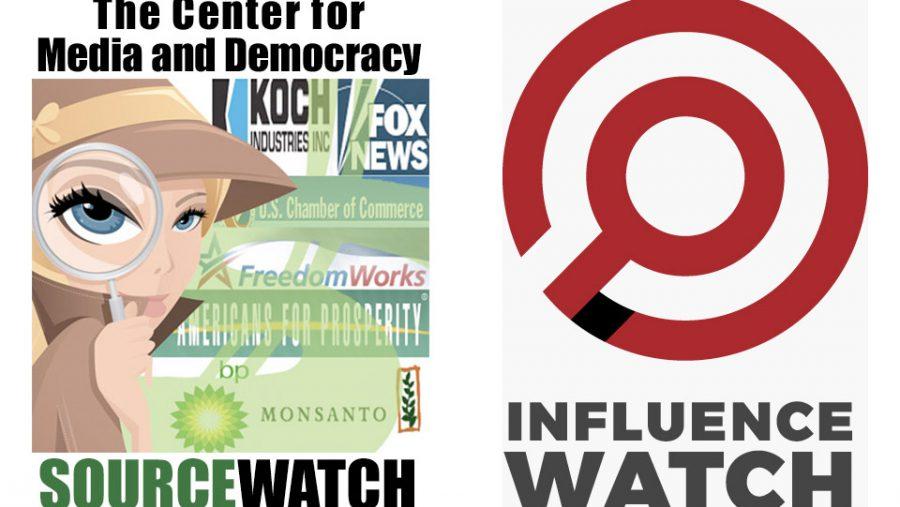 The Capital Research Center (CRC), a right-wing opposition research group with deep ties to PR spin doctor Richard Berman and bankrolled by the $800 million Bradley Foundation, launched an “Encyclopedia of the Left” inspired by the Center for Media and Democracy (CMD)’s Sourcewatch.org this month called Influence Watch.

CRC “conceived of this project after identifying a need for more fact-based, accurate descriptions of all of the various influencers of public policy issues,” says the website, but internal documents from the Milwaukee-based Bradley Foundation tell a different story.

A grant proposal record dated August 16, 2016 for CRC recommends $125,000 “to support the Online Encyclopedia of the Left.” Bradley staff writes: “CRC plans to take a page out of Sourcewatch’s play book by ensuring that its new, wiki-style encyclopedia of the Left is thorough, regularly updated, and written in a manner that’s accurate and measured in order to attract and retain a large audience.” While Bradley has praise for Sourcewatch, at the same time CMD was listed as one of the groups on the foundation’s “enemies list” as reported by the Milwaukee Journal Sentinel.

Influence Watch is a “signature project” of CRC’s President Scott Walter. Before joining CRC as an executive vice-president in 2012, Walter worked for the PR firm Berman & Company, run by PR flak Richard Berman who specializes in popping up misleading industry front groups and astroturf campaigns for corporate interests, like the National Restaurant Association.

“The website will be constructed in partnership with Berman and Company (where Walter worked briefly as director of development), and CRC is collaborating with the American Legislative Exchange Council and the Heartland Institute to make use of their data as it builds the new website’s profile list,” Bradley writes.

Berman maintains ActivistFacts.com and Heartland supports LeftExposed.org, both of which cast progressive activists and their campaigns in a negative light.

Influence Watch borrows and builds upon the information on those sites to profile environmental, consumer, labor, and civil rights groups including: Greenpeace, SEIU, Food and Water Watch, 350.org, and the Center for Media and Democracy. Influence Watch also profiles “movements” including Black Lives Matter and Antifa.

This is the not the first time CRC, Berman and Bradley have collaborated. CMD exposed in its Bradley Files investigation earlier this year how, in 2015, Bradley asked Berman’s front group the Interstate Policy Alliance and CRC to conduct an assessment of “second tier” states for consideration as “potential targets of opportunity” for construction of right-wing infrastructure. CMD exposed these “infrastructure” investments in a series of six reports entitled “Weaponized Philanthropy” earlier this year.

The following year, then Bradley CEO and President Michael Grebe gave Michael Hartmann, Director of Research and Evaluation at the CRC permission to work at CRC as a “senior fellow” while still working at Bradley, internal emails show. Although Bradley no longer lists Hartmann on its staff list, Hartmann’s Twitter account shows that he still lives in Milwaukee, while spinning the facts for CRC based in D.C.

North Carolina’s John William Pope Foundation contributed another $50,000 to the effort. The multimillionaire Art “Koch Jr.” Pope serves as Chairman of the Board at the Pope Foundation as well as at the Bradley Foundation.

Bradley staff writes that “the website will also include subsections designed to highlight the activities of specific clusters of organizations, such as anti-ALEC groups and those associated with Democracy Alliance.” While Influence Watch has a menu to the left on its homepage, neither of these are listed as of yet.

“Imitation is the sincerest form of flattery that mediocrity can pay to greatness,” Oscar Wilde once said.

The focus of this new site seems to be to discredit left-leaning sites. If you look at listings for sites on the left, they use subtly judgmental language and go into detail about why they feel the sites may be controversial, etc. For right wing sites (like the Heritage Foundation, a long time, very right wing site) they have little to say and describe it in innocuous, neutral terms--they call the Heritage Foundation a "right of center" group, restate its nice sounding mission statement, and list the number of members. In fact, it has always been a far right group and there's no mention of its having been created by large corporations to manufacture research to support conservative ideas.