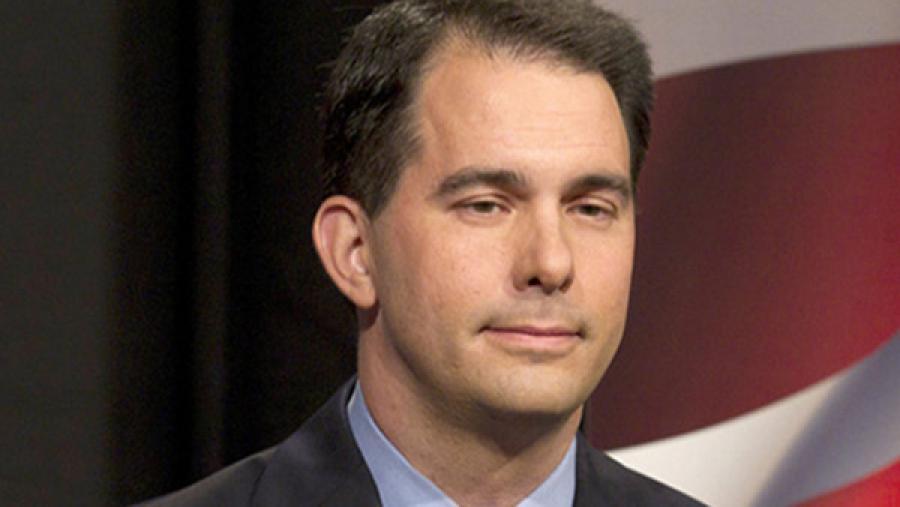 Today the U.S. District Court for the Western District of Wisconsin struck down hyper-partisan legislative redistricting maps declaring them to be "an unconstitutional political gerrymander." The maps were drawn in secret in 2011 by a Republican legislature that controlled both houses and the Governorship.

The ruling was unprecedented and "truly historic" Milwaukee attorney Peter Earle told the Center for Media and Democracy. "It provides voters with an opportunity to fix a cancer growing on our democracy. It means that all political parties have the chance to be treated equally and have the value of their vote protected under the Equal Protection Clause of the U.S. Constitution."

The court concluded in its 166 page decision that the First Amendment and the Equal Protection clause "prohibit a redistricting scheme which (1) is intended to place a severe impediment on the effectiveness of the votes of individual citizens on the basis of their political affiliation, (2) has that effect, and (3) cannot be justified on other, legitimate legislative grounds."

The intent was clear: "The drafters prepared and evaluated the partisan performance of at least another six statewide alternative maps. Each of these maps improved upon the anticipated pro-Republican advantage generated in the initial two draft plans. The total number of expected Republican seats now ranged between 57 and 60, and the number of swing seats was diminished to between 6 and 11."

The result was clear: "The 2012 and 2014 election results reveal that the drafters' design in distributing Republican voters to secure a legislative majority was, in fact, a success. In 2012, Republicans garnered 48.6% of the vote, but secured 60 seats in the Assembly. In 2014, Republicans increased their vote percentage to 52 and secured 63 Assembly seats."

Defendants failed to justify the maps on any other grounds: "The evidence further makes clear that, although Wisconsin's natural political geography plays some role in the apportionment process, it simply does not explain adequately the sizable disparate effect seen in 2012 and 2014 under Act 43," the law that gerrymandered district lines.

The court deferred a ruling on the appropriate remedy, asking parties to brief on the topic.

"The system is rigged" said plaintiff Bill Whitford, Professor Emeritus at the University of Wisconsin Law School, "and against Democrats. Hopefully we can fix some of the problem with this litigation."

The ruling comes in the aftermath of an ugly partisan power-grab that generated headlines in the state for years.

After every census for 40 years, the Wisconsin legislature was divided and the courts ended up supervising the redistricting process. But in 2010, after the GOP won control of both state chambers redistricting quickly devolved. The maps were redrawn behind closed doors at the law firm of Michael Best & Friedrich by GOP aides in a process a federal court previously described as a "shameful" attempt to hide from public scrutiny and the state's open government laws. GOP legislators signed secrecy oaths, and later lawsuits uncovered that thousands of files were destroyed, and computers were found to have been tampered with in an apparent attempt to destroy evidence. Democratic lawmakers and the public were entirely excluded from the map drawing process.

The high-tech map-making ensured GOP wins even in Democratic wave years, "The evidence establishes, therefore, that even when Republicans are an electoral minority, their legislative power remains secure," wrote the court.

While the U.S. Supreme Court has shown a willingness to find gerrymandering unconstitutional, until now there hasn't been a workable standard to distinguish between legal and unconstitutional line drawing. Plaintiffs hope that the "efficiency gap" calculation advocated by experts like Stephanopoulous and used in the Wisconsin case might serve as an easy-to-measure, objective new standard.

The computer-driven model of gerrymandering is achieved by "packing" and "cracking" districts. Packing districts involves stuffing large numbers of like-minded voters (in this case Democrats) into as small a number of districts, creating a supermajority in that district. Cracking districts involves taking the Democrats in the rest of the state and spreading them out thinly, below 45 percent, so that Republicans can always win.

Both processes produce large numbers of wasted votes. The degree of the partisan gerrymandering can be measured by dividing these wasted votes by the total number of votes cast, generating a number called the "efficiency gap." The gap in Wisconsin was one of the largest in the nation.

In almost 800 state legislative elections that Stephanopoulos studied, the average efficiency gap has actually been zero, suggesting that neither party gained a partisan advantage. But the gap in Wisconsin after the state's 2011 redistricting was 13 percent in favor of Republicans.

"With this decision, partisan gerrymandering should come to an end in Wisconsin and is now on its way to extinction across the nation. And with the implementation of the test we proposed and the court accepted, there will be, for the first time, a standard to identify this harmful practice," said attorney Gerry Herbert of the Campaign Legal Center.

The Wisconsin Department of Justice has said it will appeal the case to the U.S. Supreme Court and the lawyers for Wisconsin voters are ready to make their case.

"This case we hope will be the election law equivalent of Brown v. Board of Education," attorney Peter Earle previously told the Milwaukee Journal Sentinel. "We will establish a national standard that can be used reliably into the future."

You can learn more about the Efficiency Gap here.